Can't play game because of... why?

Literally all I’m getting is this.
At the time of making this, I was a “new user”, and new users can only upload one at a time. Look in comments for the rest of uploads. What is this how? How do fix? Currently steaming from this months-long toaster fire in my mind holes. 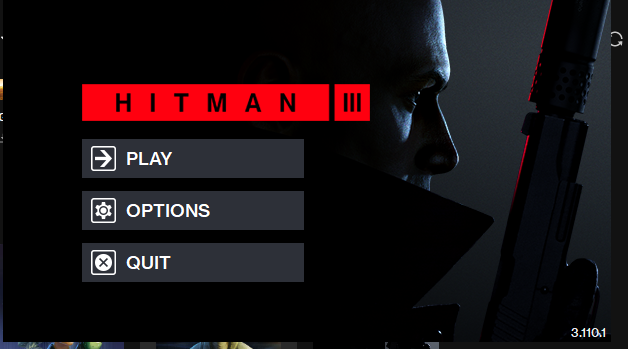 That’s it. That’s all I get. Been that way for months.

I’ve run into this issue last year and fail to solve it for months. Finally I restored the system and it worked.

Remember that this is a fan operated forum. It’s not a forum that is owned or operated by IO-INTERACTIVE. We can try and do our best in helping you. However our users are more likely reluctant to help you when you open your posts like that.

Are you able to explain the troubles you are experiencing in a more detailed way?

Yeah, what IS this how? And who is they why? We need answers dammit!

As a matter of personal note: Your frustration displayed here does not make your pleas for help beneficial to your predicament. If you have an issue, act cordially and reasonably. There is no need for cursing or getting angry. Don’t give forum members a reason to not help you.

You can upload more than one image at a time (drag and drop!)

New users are limited to one image per post.

Did not know that! 20 characters

understandable, no that’s literally all it is.

The personal note. correct, my apologies. was a frustrating day I work customer service for homeless ***holes and rich people who cant throw away thier garbage. can’t always be so cordial. Having these difficulties for a single player campaign that SHOULD be a straightforward download pushed me over that day. again, you are correct, my apologies.

Found the launcher folder for Epic Games. Made sure none of my game files were in it, looked ok. Deleted it. Reinstalled the launcher and is says Hitman 3 is not installed. All the others were, and it was saying it was before, I was able to get to the Hitman 3 launch screen so I’m a little confused. Installing the game again, will keep updated on next steps. Probably try launching first then to verify the files.

you caused this agent, how did you do it. tell me! YOU KNOW SOMETHING

No change, gonna try Heroic, why not

No change, Heroic does the same thing but with even less info. I get to the game menu, click play and it does nothing. The system restore is basically off the table. It’s been a loooong time since I made a save point and I’m not gonna lose 75% of what’s on here.

Modern single player games with mandatory live service connection really pis… makes me mad. I paid for a game, let me play it whenever. Why do I need to update it because you made a special banner and selling more things I didn’t want. I already bought what I wanted… Irrelevant to the problem I know, just want to vent online because that’s a popular thing to do and I want to see what all the fuss is about it. So far, pretty depressing.