Characters from other games that you couldn't let 47 kill

I’ve always been a huge fan of the Hitman franchise, and ever since the WoA era began in 2016 I feel that the series finally fulfilled the massive potential it always had. The WoA trilogy has become my favourite game ever, and 47 and Diana Burnwood are two of my most beloved characters in gaming.

But with that in mind, are there any favourite characters from other video games who - if given a briefing by Diana and tasked to kill them - you would down your lethal tools for and refuse to complete the contract? I wouldn’t be happy wrapping my fibrewire around Chell-from-Portal’s windpipe, but my 47 would reluctantly agree that a contract is a contract. And in my third favourite game series, XCOM, I’d do Central Officer John Bradford for free just to shut him up from telling me that the aliens continue to make progress on the Avatar project and that we’re going to need to move fast if we’re going to slow them down.

But if Diana sent me a video briefing asking me to snuff out Revachol’s most anti-pinball speed-metal fan, then I’m sorry Ms Burnwood, but my 47 is taking a personal day and is not available for hire at the current time… 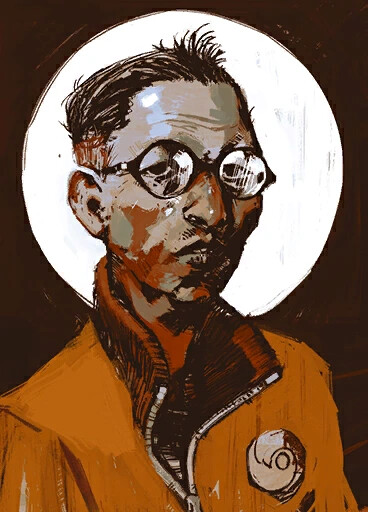 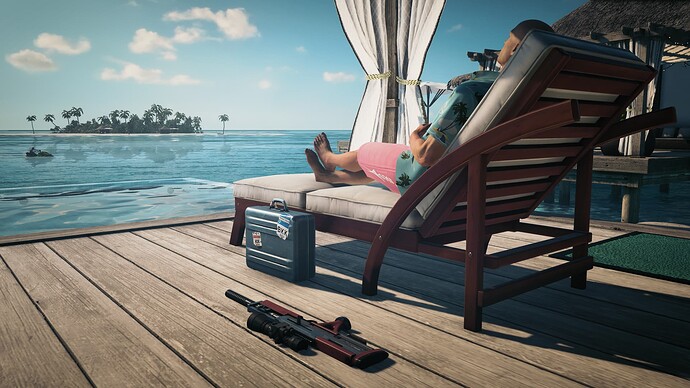 Is there any character that you’d draw a line in the sand for when 47’s next contract opportunity arrives?

I’ve already had to watch John Marston and Arthur Morgan die. I couldn’t make 47 do that to them (even if we did have the required time machine).

My 47 would do Arthur Morgan with the horrible meme-y “47 smiling” expression on his face if he could get the job done before the return from Guarma so that he didn’t have to hear that godawful “Unshaken” song being forced upon his eardrums.

If there’s a contract on these characters then 47 is of course the best choice for the job but is not the only option. If he turns it down, somebody else will step in. If they fail then another will be hired and so on until completion. So they’re damned if you do and still damned if you don’t. Might as well be me picking up the paycheck.

my boy kim is a great shout. he makes me want to do better. best jiminy cricket ever.

off the top of my noggin, i wouldn’t want 47 to go for max or (especially) mona from the max payne series. as miserable as they can be, both have had it pretty rough.

to be fair, i’m not entirely convinced 47 could do ‘em, but still.

I’m not picking any kids because that would be far too easy. I just like him far too much to have 47 kill him.

Solution: have 47 murder Ben twice instead!

Nah, killing Ben feel wrongs. It’s like kicking a legless puppy. Arvo on the other hand…