After finishing the WoA trilogy, I felt compeled to write this post. I apologize if this was already debated extensively in the previous iterarions of the forum. Also, despite the title, let me start by saying that the level design has never been better than what we got in the WoA trilogy. That is the most important aspect in any Hitman game by far, and that alone makes me happy with what we got. This trilogy has wonderful missions, from Sapienza to Mumbai to Mendoza.

But at the end fo the day, the WoA trilogy should have been a single game from the start. The content that we got across the three games - both in terms of story and missions - is really the equivalent of a single game. I feel like I have purchased 1 game for the price of 3. So basically my wish for the next hitman game - if there ever is one - would be for the game to be a complete experience from start to finish, instead of 3 games each one corresponding to one single act in the whole journey. Preferably, a real stand alone game without any live service elements. Escalations, featured contracts, or even ilusive targets have never done anything for me and I simply do not care at all.

On the other hand, I am not gonna be inconsistent with what I said in the past; the Hitman franchise is the kind of game that can work as a live service, as long as we actually get real content over time. Stop with escalations and ilusive targets: just give us new maps once or twice per year. In addition to this, it would also be kinda cool to still get previous maps reworked into new missions like we have with Patient Zero. And since the community in general seems to like contracts, I guess it is worth to keep those. But if you are a live service and want me to keep playing regularly, you need to give me much better content than this.

They were planning to make it all one game but sales fell below expectations for Hitman 1 and Square Enix chose to stop helping Hitman 2 development, the eventual result of that led to Hitman 2 being a separate game rather than an expansion like they originally planned.

That isn’t true at all. Square Enix and IOI split after financial problems and staff having to be let go. IOI then made Hitman 2 and Hitman 3 a separate game with the live features but decided to get rid of Co-Op because it wasn’t as popular. Hitman 3 and the maps were supposed to be free but for some reason they linked all the games together which turned out to be a bad idea. If they were to fix the game where people can’t manipulate the leadership board I would be very happy. I have yet to see how someone can kill a Exclusive target I forgot the target name but the one recently was at the Colorado Base. Or where security is high and the target always has protection. Most of the leadership board has players completing levels in 0:20 seconds, bodies hidden and never seen on camera. It’s highly impossible to complete a level that fast unless they are hacking the data.

The split was leading to these problems and layoffs, not the other way around.

WB demanded H2 to be a standalone game. I could not find the explicit source but a publisher dislikes to build on what another publisher started.

If they were to fix the game where people can’t manipulate the leadership board I would be very happy.

Knowing how the online tracking works from the game’s side, I can confirm it will not be possible to not have cheaters there.

Not without a complete overhaul of the online system.

WB demanded H2 to be a standalone game. I could not find the explicit source but a publisher dislikes to build on what another publisher started.

Interesting… Hakan claimed that they wanted to release everything in the one HITMAN client, but were unable to transfer a publishing ID from Square Enix to IOI… he mentions it in this interview with GamesIndustry.biz. This essentially forced their hand into separate game clients.

It would be a better live service if they did. Because there is no way a level can be complete in 23 seconds without being spotted or no being seen. I’ve tried it 100 different ways. 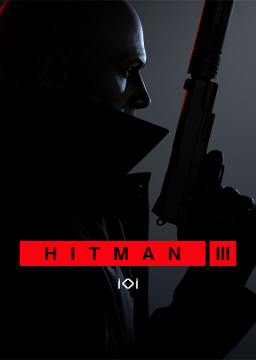 I’ve played Hitman games especially Hitman 2016 Leadership with Friends is fine. because there your friends. But 0.10s on Dubai. How can that be achieved with a enforcer around the target and the two targets are never in the same place? Thank you for the link BTW . Not be off topic but one more. Colorado- 4 Targets Never in the same place scattered across the map 0.35s how can you complete that in the time frame? The live service part kinda sucked as nobody really used it. I have over 40 friends on my steam account and a few play the game not one of them uses the online part.

You are aware this site includes videos for every entry? 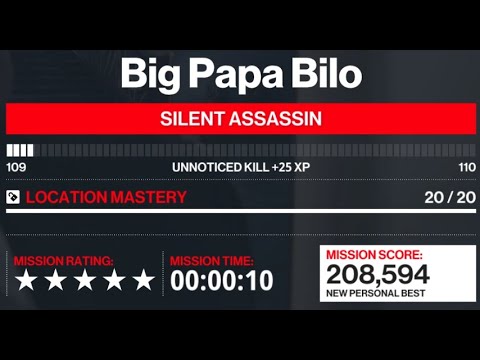 And the Colorado run: So basically my wish for the next hitman game - if there ever is one - would be for the game to be a complete experience from start to finish, instead of 3 games each one corresponding to one single act in the whole journey.

Quality means time and money. A single level like Dubai requires one year of work for a track team.

To release the complete experience from start to finish in one standalone, this would have required 7, maybe 8 years of work and 100M$+ just to pay the 150-200 developers wages and the minimum requirements of the company. You can add a lot more for marketing, casting, QA…etc

The only way for what you want to happen financially with this level of quality is if an investor or publisher is interested to give so much money without having any ROI (return on investment) guaranteed.