Contract Mode in the Author and Patient Zero

Thanks for this. I haven’t played the sniper mission in ages. How does he try to kill himself in that? Whoever asked where is Jeff on the sniper mission in Colorado, watch this video!

Oh heads up - when Jeff is eliminated in Contracts mode, his death carries over into campaign mode making it necessary to reunlock his survival. This can be done on Contracts Mode and even by loading a saved game where his survival is set.

I wish contract creator could not target Jeff as much as possible. I really don’t want to replay the previous patient zero campaigns just to unlock Jeff

You don’t have to. Just save near the end of each of the first three Patient Zero missions where his survival was established and you unlock him again. Also he can be saved in Contracts mode in missions 1 & 2.

They really should have just made him permanently available in contracts mode. They have the power, in fact I could probably make a mod so he always spawns in Contracts mode, but I can’t be arsed atm

I made 2 quick contracts on PC to make Jeff spawn on The Author and on The Vector, so that you have to waste as little time as possible making him respawn on said maps. 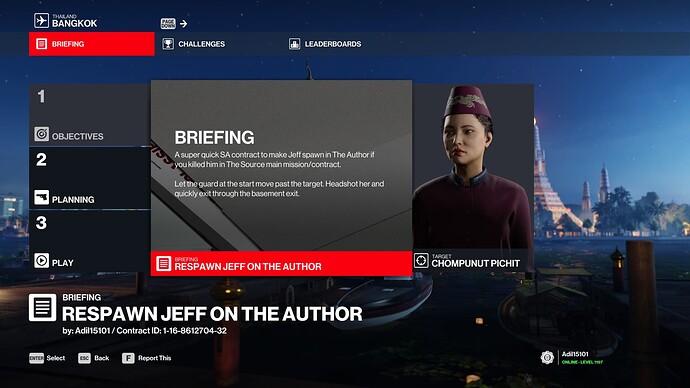 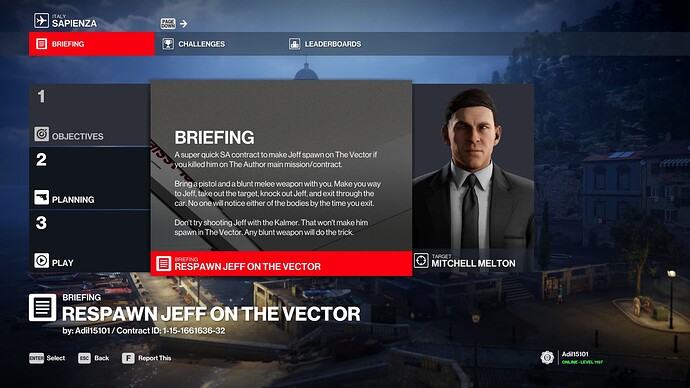 To make him respawn on Patient Zero Hokkaido, you have to shoot and ignite the barrel on the far right of the map (outside the compound) on The Vector. Then proceed to complete the mission however you like and exit. This will make him spawn in Hokkaido. You can identify him by using your instinct. He starts below the water tower in the junkyard, hiding in the bushes.

He starts in Jason Portman’s room in Hokkaido and will wander all around the public areas of the map.

Does Jeff never kill himself here?

In Hokkaido? Nope, he doesn’t. This is the note you find in his room. 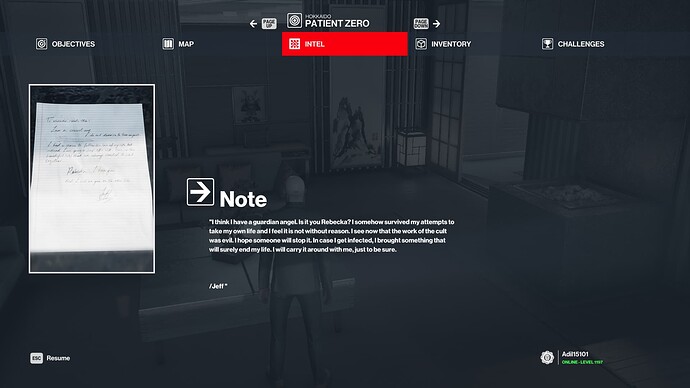 I guess that’s good to know. At least I won’t be on the clock in this level to save Jeff or follow him on his rounds; it’s hard enough making sure the female surgeon and later the female doctor don’t get infected.

“I don’t want to die anymore. By the way this hospital with a deadly virus about to spread is pretty dope ngl”

So THAT is why he never appeared in Vector. I always KO’d him with my Tranq to keep my SA. That should be fixed honestly, pretty annoying bug.

But he DID appear in the vektor…

Here’s a detailed post on that topic. It’s stupid that there’s so many differences to begin with. 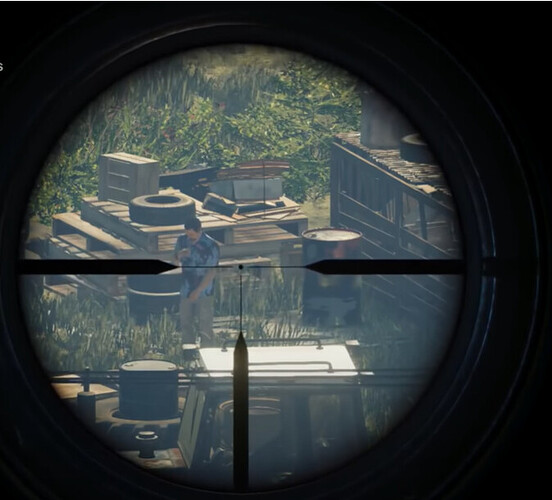 Jeff disguise needed complete with everything including the cult tattoo. Oh and special NPC dialogue too.

Jeff drops random weapons in Patient Zero when he’s knocked out. Good way of setting up tricky kill conditions using weapons which can’t be brought in nor are available on site.