Could the HitWorld in Hitman 2 Alternate History Soviet?

When I play this I wonder each time, could this be alternate history bitch you see it’s,

Just that when we play the second level as well as the one where we all do return.

To the area, we see a Russia which seems to be so much more communist than it was actually back in the year of 2002 (that’s two thousand and two)

Is it true that in this game and alternate history is making its way to a game played by me and you too?

Was this really necessary…

We see hammer and sickle on the wall! In the station for subways alone.

A lot of countries that were formerly USSR/Socialist Bloc didn’t get rid of all the soviet/socialist symbols in architecture and sculpture, at least immediately. They are often considered cultural property. Or they are too much of a hassle to remove. 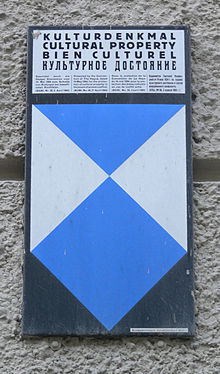 Cultural property does not have a universal definition, but it is commonly considered to be tangible (physical, material) items that are part of the cultural heritage of a group or society, as opposed to less tangible cultural expressions. They include such items as cultural landscapes, historic buildings, works of art, archaeological sites, as well as collections of libraries, archives and museums. Legal protection of cultural property comprises a number of international agreements and national...

Soviet metro is well-known for its highly decorated interiors, and obviously they often include some soviet symbolic.

To the area, we see a Russia which seems to be so much more communist than it was actually back in the year of 2002 (that’s two thousand and two)

Uhhh what did you mean by this? What gives you the impression that Russia in H2:SA is more communist than IRL 2002 (that’s in real life two thousand and two)? I don’t really get what you are saying…

We see hammer and sickle on the wall! In the station for subways alone.

Oh, is it because of this? Most likely that’s just some stereotypical thing left in there because the game was made in a different time, where the developers could get away with portraying cultures in a stereotypical and borderline-offensive manner.

That’s why you’d get stuff like giant hammers & sickles in Russian subways, or the black gang members in the tutorial level of Blood Money, or Hayamoto Sr. living in an ancient feudal Japan era palace filled with literal ninjas, or the Middle East/India levels that caused the second game to get censored, or all the South America levels in C47 and BM being set around drug cartel compounds and aboriginal tribes…

It’s not some alternate timeline stuff or whatever, it’s just a case of Hitman not having the most sensible representation of other cultures at the time…

Is it true that in this game and alternate history is making its way to a game played by me and you too?

No it’s not true for Hitman, but it IS true for IO’s other videogame…

This is another things leads me to question. Could hitmale 2 and the freedom fighter original be decided to be the same universe? But they canceled it with Contracts and blood money (featuring Kane and Lynch aka The Freedom Fighter 2: Mercenaries)

The game Hitman itself is an alternative universe with its own history,
do not look for connections with the real world in games.
Take it easy

Thanks for the tip. I’ll keep that in mind. As for you, for the future, farewell.

also the storyline involves russian ex KGB officers selling nuclear weapons to gangsters which would be more plausible after the collapse of the soviet union.

Thank you I love you that makes much more sense to me now that I see it and think of it.