Many people will agree that the WoA trilogy has a very different atmosphere than the previous titles. And it seems the creators very much intended the change.

The lead writer of the trilogy, Michael Vogt, once said they decided to make a spy thriller. And he also said the series was more like a crime thriller before. This shows they clearly knew that the new game would be tonally distinct from its predecessors.

But obviously, some fans prefer one over another. Some like the older games’ dark and gritty tone, while some like the newer games’ clean and professional tone. I personally like both, but I would like to hear what others think.

Which do you prefer?

I prefer the crime thriller style, but I also prefer the map design in WoA for the most part. The latter wins out, for me. 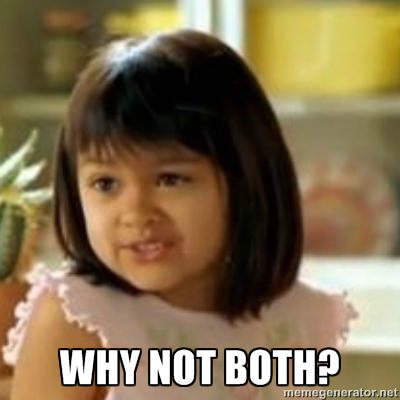 barring maybe the first two, i think the games are all tonally distinct.

I prefer the spy thriller aspect of it, and never really felt that the other entries were crime thrillers, except Absolution.

I love the WoA trilogy’s vast, interconnected web of conspiracies, minor characters, and groups. However, I understand that it sometimes feels a bit too glossy or that it has a “this is fiction, have fun” kind of aura, almost like a comic book.

I also like older Hitman’s sense really diving both hands into scum at the fringes of society. It’s really hard to imagine a WoA game trying to pull off a genuinely scary ghost easter egg, for example- It has a ghost easter egg, but it’s more funny than anything. However, I also feel like its grimdark nature can also feel past the point of belief at times, and I won’t lie, it reeks of an edgy teen’s bedroom at points, mostly with nonsense like the latex nuns.

IMO the overall WoA style could be constrasted with levels of a much darker tone. Hitman 3 dipped its toes in this with levels like Apex Predator and End of an Era, but I think Santa Fortuna pulled a lot of punches, and could’ve been an incredible departure from H2’s normally upbeat tone. Using the labored breathing sound for when you dig underneath the quaint village and the lavish mansion into a den of human suffering just underneath the surface.

The Delgado Cartel’s messed up practices are described a lot but shown much less often, almost to the extent where the cocaine trade doesn’t look that bad based purely on Santa Fortuna as a level.

I like both, but 47 feels more at home in a spy thriller in my opinion. He’s professional, sharp, and stylish enough to be a fictional spy (insert reference to Project 007 here).

Without wanting to get lost in the genre-naming weeds, the tone of the WoA trilogy is absolutely 100% perfect for my tastes and absolutely eclipses all of the previous games in terms of what I think of as a quintessential Hitman experience.

At the other end of the tonal scale for me is Absolution, a game so un-Hitman-like in its timbre that I’d be embarrassed to show its juvenile tastelessness to a non-Hitman fan, just in case they thought even for a microsecond that I in any way endorsed that disaster.

It feels more like a Shakespearian romance. Coldblooded man falls love with homicide. That’s the nail on the head if I say so myself. Out, out…brief candle.