Today, I learnt that you can kill an NPC with non-lethal, non-target-lockable, items.
Credit to the creators of the videos. 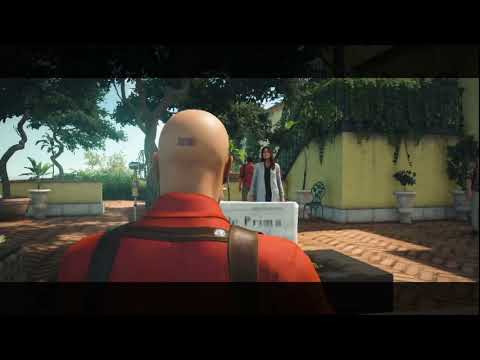 Personally don’t think this is worth its own thread, it’s already being discussed and shared in Fan made Contracts of Hitman 3 and is a gimmick that will get old pretty quickly. It already has, basically

You’d think, but even if the bug gets patched, it expands the possibilities for ‘search and retrieve’ contracts, especially when the item can only be obtained in one location.

Urben’s tool is a lot better for that. And doesn’t require a frustrating attempt to right click-hold-inventory-hold-release that people not on this forum won’t know how to do

Urben’s tool is PC only, I assume.

Doesn’t patching render the contracts already up as unwinnable?

You can already kill many NPCs with non-lethal throwables, once they’ve taken enough previous damage. The difference here is that this shows how to use items which aren’t even meant to be throwable, and for those that are, ones which aren’t target-lockable.

Maybe it shows, but personally I didn’t quite get what exactly should I do to reproduce an NPC kill with a coin

Get a lock on with an item that is either lethal or non-lethal, like a crowbar (non lethal), or knife (lethal)

Release the lock-on so you can go into your inventory, select non lock-on’able item, such as a coin

And if it worked the (usually) nonlethal, non lock-on item will be thrown at the target with a lethal result.

I’m guessing the game isn’t switching from the lock-on throw function if you do it fast enough.