Ah yes, the Satu MERE as Clemens likes to pronounce it

I thought the first seven sins thing releases today? Or is it both? Funny schedule, now you get 2 deluxe escalatons of 2 different DLC packs released on the same day?

This was probably the best of the Deluxe Escalations, so I see why IOI saved it for last. I liked the way the map was changed to make Berlin super-creepy, in fitting with the theme of 47 of escaping in a straight jacket. I also liked how the whole map was utilized, including the gas station area.

The monkey cymbals attracting guards’ attention just by moving past them was a nice touch, though it got super annoying. And the map changes making certain doors and routes inaccessible was also annoying, since I almost got spotted a few times when I thought I had a chance to escape.

But overall, this Escalation was pretty easy. I ended up getting SONKO SA on my first run for each stage.

But overall, this Escalation was pretty easy.

I with all my soul disagree. I’m on like attempt 10 of the first stage

But so far I’m very impressed, definitely in the running to be the best deluxe escalation

This one was great, I love how they made the nightclub more dingy and isolated with you dodging sightlines looking for a good route to your targets. Complications were good and I like that there’s a progression with you slowly escaping from the club into the gas station. Unlocks are realism but the dart gun looks cool and another dart gun IS useful for racking up ammo.

Wow, an actually good escalation that IOI put effort into, played around with and it wasn’t just slightly redone normal mission? I’m impressed.
And from all of them, it was probably most difficult too, especially level 2 was giving me hard time. Shame dartgun is just reskin of Kalmer, but it looks amazing.

Really loved this one, felt like a good classic stealth mission (Not many paths but solve getting past the small selection of guards) plus setting up a situation of 47 escaping. Shame couldn’t of had a story to it though, kind of felt this more deserving then the Greed one

Baring the making people sick escalation I have enjoyed these quite a bit.

I only played level one so far, and I was able to SA…man that was fun and tense.

The unknown and the ‘don’t be seen’ complication really set the tone.

For me hands down the best deluxe escalation. Felt more like a mini linear mission than an escalation but

Also, the entire way through 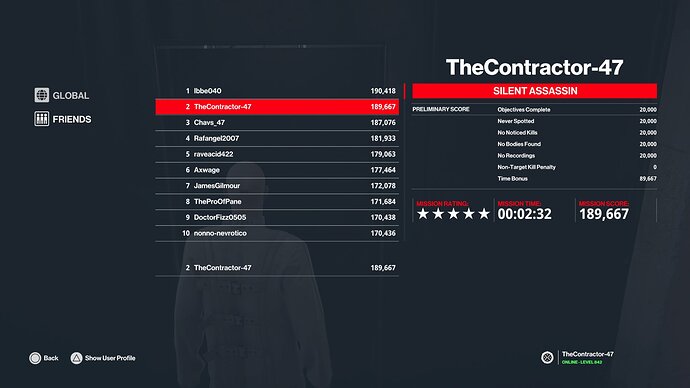 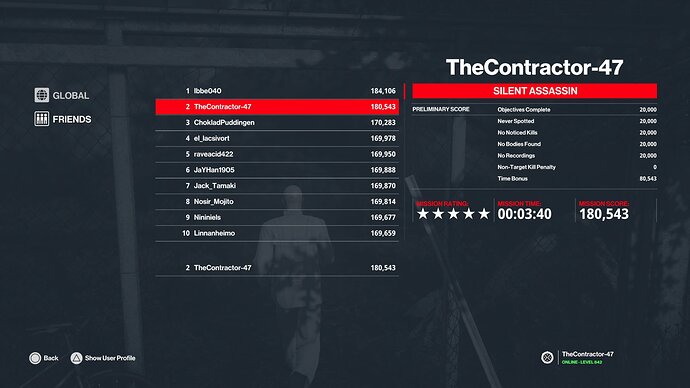 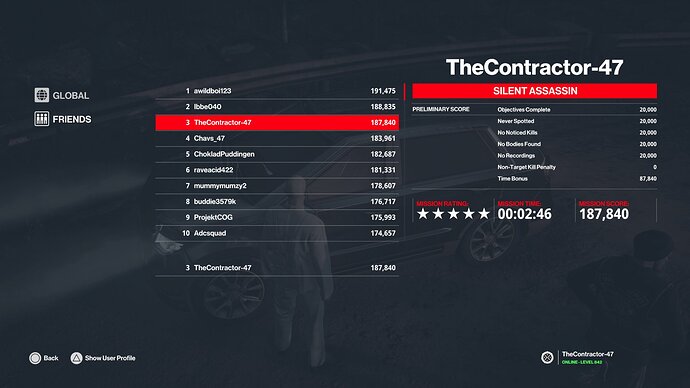 @Ibbe, when did you become my nemesis?

Dat feel when when you spent 15 minutes finishing second stage in vr, shooting at power outleat, unable to find a screwdriver, your fire axe dissapear in a puddle somehow, you spent some time looking for another fire axe, having no idea where it could be, finally stumbling upon it, getting behind last target, priming your weapon and coming down on him with full force, only with a strike registering like you slightly touched him, he turns around, mission failed. Epic

Loved this escalation. Especially how every level is a progression in 47 escaping the club.

There is a bug though; (at least at Xbox One X), if you go to Mastery, then Inventory, it shows 2 Sieger 1 pistols and not the unlock from this escalation. If you go to inventory at Mission Select it will show the correct gun though.
You guys have the same?

I really enjoyed this Escalation, could be my favourite out of the bunch actually. The Escalation changed up lots of stuff and gave the map a whole new vibe.
Bravo IO 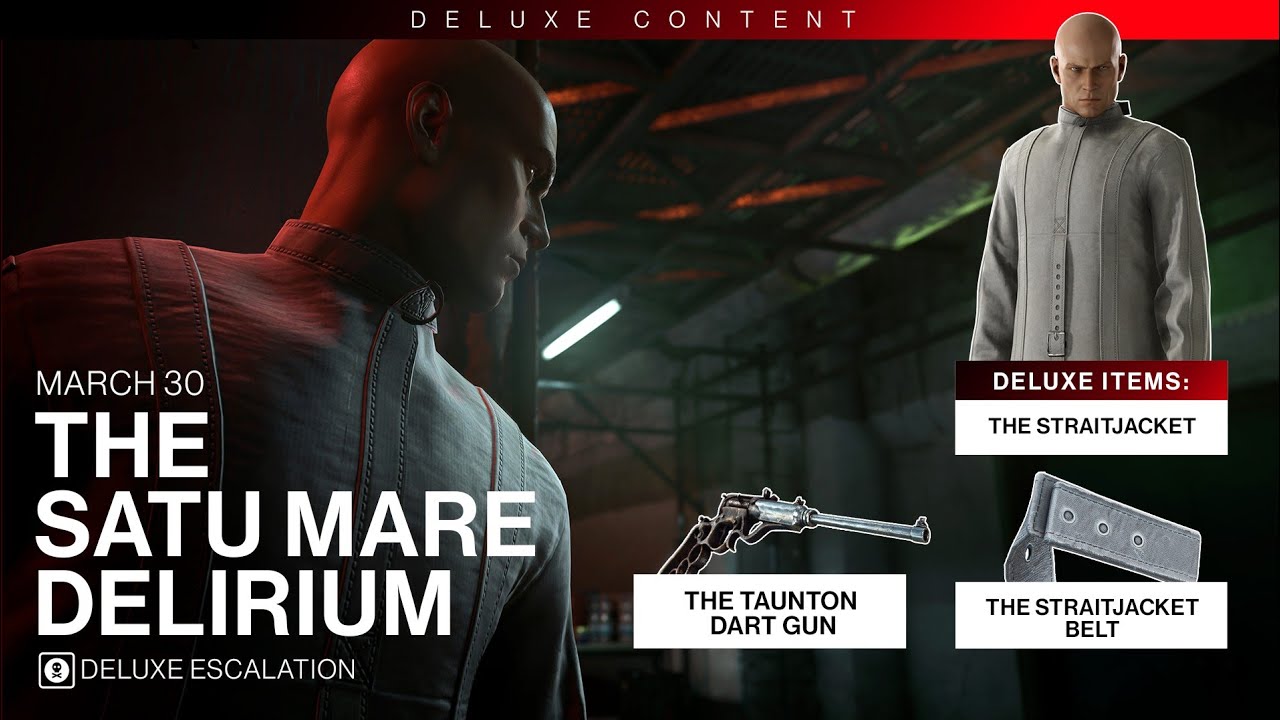 @Ibbe, when did you become my nemesis?

Haha there we go, we’ll share the top places for a couple hours until we get rekt.

wow, i love how this escalation actually makes you feel like youre progressing/escaping the level. awesome

I haven’t played it yet but by the sounds of it this is a step above the rest.

Looking forward to it and the animal toy that confused Clemens.

This escalation reminds me of Attack of The Saints in Absolution because of how they both have three different sections.

I just discovered that if you throw a propane flask at (or shoot them, I guess) you can destroy the clapping monkeys/pandas).

Okay, so, wow, this Escalation was surprisingly difficult. I failed Level 2 sooo many times.

I liked how they managed to make an escalation that progresses through different areas of the map. It probably helps that Berlin is so complex and large.

All in all, this was the most unique and cool Deluxe Escalation. I really wish there were more that I didn’t have to spend money on. Ah well, hopefully the 7 Sins pack comes out with a few cool ones too (that also have unique or interesting-looking tools.)

I have to echo the sentiments already expressed - this was a terrific escalation.

) but I really, really enjoyed this one. I can actually see myself going back to this one at some point (and that’s something I don’t think I’ve ever done).