With the creation of this Topic I have brought all Old Topics of mine I wanted from the old forum over to the New One. So anyway, what is this Topic about?

This Topic is about drawing the Faces of NPCs in Pixelart, once three to five People have drawn one Face, the suggestor of that Face creates a Poll for People to vote and whoever gets the most Votes, gets to choose the next Face and is even allowed to participate then, so there Face will not be counted, so it’s not possible to win twice in a row, but every second time for Example. The posted NPC Face has to have an acceptable Lighting, like this for Example:

Also please note that the Ansel Greenscreen Function should always be used to put the Focus on the NPC. If someone is unable to make a good Picture of an NPC, since they’re for Example playing on the Nintendo Switch, please let me know and will make an appropiate Picture.

If there aren’t any more questions, let’s start with a Face you all problably know, it’s the Face of the first ever Enforcer in WoA Triologie. (Even though I took him from Paris due to better Lighting) 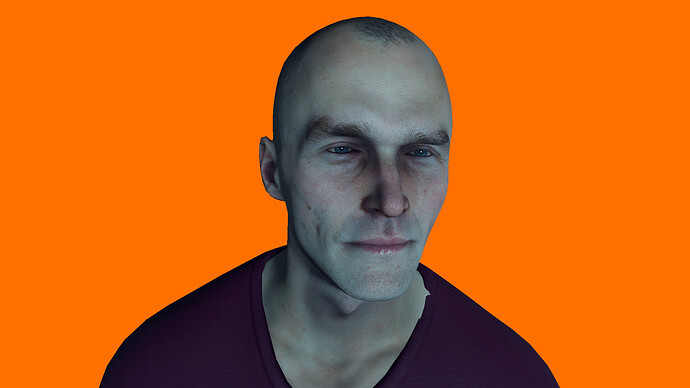 If any Questions (like last time) arise, let me know.

Rerouted this to Off Topic, since it’s less of a Showoff and more of a Game.