Hey, as you are here, can you comment the absence of XP farming in Arcade?
Is it intentional or a bug?

I’ll have a look into it.

I have a question regarding current direction of Arcade mode. I believe that idea of limiting complications and making them optional is a compromise that not everyone will be fine with.

What I’m basically asking is that wouldn’t be a better idea to break elusive targets into 2 separated modes that compliment each other?

First would be Arcade with it’s original idea of number of complications increasing each level.

Second basically elusive targets repurposed as special assignments without complications, levels and cooldown upon failure but with ability to save.

As far as unlocks in Arcade mode, I know that from an image of weapons unlockable for H3 that was shown on here some weeks back, 3 of the weapons have not been released yet, but all the others in it have, with 2 of them having been unlocked via Arcade mode. Are the remaining 3 expected to be unlocked in Arcade in the future? Will there be new suit unlocks that you can comment on? I’m particularly interested in the possibility of the Tactical Turtleneck with gloves, if that’s a thing to look forward to.

A sci-fi ray gun with full visual and sound effects would be nice.

After finally beating all 56 Escalations in Hitman 2016, I thought I’d list some complications from across the trilogy that I think would be interesting to have with an ET Arcade contract:

As a bonus, here are some complications that I think would be hilariously bad to have in the ET Arcade: 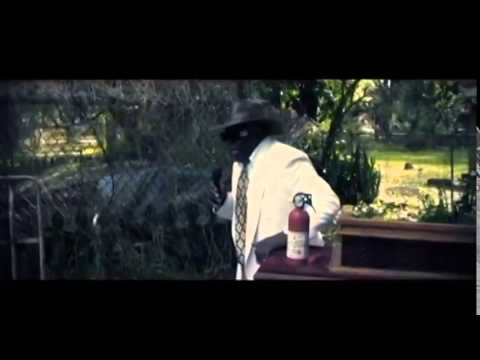 Suit Only - Undercover starting locations are no longer available. If you change to another disguise than your suit, you will fail the mission (this really depends on the targets - it could be interesting for some but downright infuriating for others)

Though if it was intended to be present, it was implementation was a poor choice for those Elusive Targets since the only one it really had any material impact on was The Appraiser (The Revolutionary and The Politician are extremely easy suit only).

Whenever you’re locked in combat in an ET, both pause menus should be inaccessible until the guards stand down.

Do NPCs normally do that?

I don’t remember that being the case

Guards stand down if they lose track of you unless you were detected in a location they can’t reach.

If you’re referring to the stalker in ‘The Mallory Misfortune’ - no, he doesn’t shoot you… Well, I’ve never given him the chance, nor did I have an alert or entered combat. He mainly just goes to your current location. He can catch up to you, then he’ll say the usual enforcer line (like) “Who are you again?”

But since you can’t subdue or kill him that’s either a mission failed or you just restart.

Edit: He’s not so much “Deadly” as he is bothersome. It’s also a very unbelievable mechanic. Like he has some premonition of your exact location. I makes zero sense and feels (or IS) rather cheap.

If you think one is bad, the Sarajevo Six target for Colorado has 5 or 6 of these guys as body guards.

Wicker Man the best sure way to beat the escalation?

Beat? No. Especially if…

I think the issue a lot of people have with it is that he tracks you, but you have to be in the Scarecrow disguise. But people assume they have to move around where there are other guards. No. Just jump the fence when he gets close enough to you. Use the outer pathway to get to your next target. The stalker will need to go back and around. The outside path gives you a huge advantage in gaining distance on him. Not to mention you can place weapons down for him to pick up and take away (no emetics involved).

Figuring this method out made me wonder how and why so many people disliked it so much. I guess they’re doing it the hard way.

Honestly I think these would be great

I’m particularly interested in the possibility of the Tactical Turtleneck with gloves, if that’s a thing to look forward to.

Or the Colorado suit WITHOUT hat.