Yeah, IO meticulously created highly detailed maps, full of interwoven narratives and half a million voice lines just for everyone to speedrun them in 28 seconds because… A leaderboard at the end?

Speedrunning is fun, but it is clearly not the play-style IO imagined for most of their players.

That was added when they decided to make the whole thing community interactive online during development; that was not why they made the game in the first place. So many people put so much focus on the leaderboards like the game revolves around them. Screw the leaderboards.

So many people put so much focus on the leaderboards like the game revolves around them.

Kinda like how you’re saying how ioi “intended” the game to be played?

Leaderboards were out in the game from the beginning. Regardless when, it was released when the game released.

Also leaderboards were reset multiple times. So if they meant “nothing” or “very little” to the game, ioi wouldn’t have bothered to reset them.

You don’t have to care about leaderboards, just like some ppl don’t care about walking and hiding behind a box for 10 minutes waiting for that perfect timed kill. Play it how you like and leave the other players alone with however they play.

Most of all, pointless to speak for ioi, unless you work for them or have insider information. lol

Yeah, IO meticulously created highly detailed maps, full of interwoven narratives and half a million voice lines just for everyone to speedrun them in 28 seconds because… A leaderboard at the end?

No. Just ANOTHER way to play.

Having watched the reaction videos of the developers themselves watching speed runs of the game, I think that it is fair to say two things:

It is simultaneously fair to say that speedrunning for leaderboard scores is not the original intent of the game but also to say that the people that created the game love to see the game speedrun. Both of these can coexist.

I did say “during development,” not “released later.” Why is nobody paying attention to my words in any discussion today?

In any event, it’s basic knowledge of how the process works. Nobody’s first thought about Hitman 2016 was how to keep people happy with the leaderboards, and regardless of the fact that I was not in the room when the subject first came up, I would bet everything I ever have and ever will have to my name that that is as much an absolute fact as the sun rising in what we call the East. You don’t need to be part of something to understand how it works. People’s online rankings compared to each other played no part in the decision to make this game.

You don’t need to be part of something to understand how it works.

I don’t understand, even with paying attention to your words, what you try to say here. Leaderboards exist since release and a group of players likes it. Whats wrong with that?

Because it ties back to speedrunning, and I hate the mentality of the speedrunning community that it’s everything.

The irony and hypocrisy is not lost on me, I’m just ignoring it.

The irony and hypocrisy is not lost on me, I’m just ignoring it.

But you can’t expect others to do that as well to share your point of view.

I’ve long been frustrated by other players’ insistence on using things like gun lures, trick shots, standing on muffins, and other exploits to do thinks like getting some target clear across a map to a place he’d NEVER go on his own. I get really tired of seeing videos on how to “SA” an Elusive Target by just shooting this one building 27 times and then leaving a poison syringe next to an exploding pen at just the right time. These also aren’t the ways that the developers intended the game to be played, but players do play the game that way and, honestly, other than personally annoying me, it doesn’t really matter.

I play the game the way that I want to play it. I’m comfortable knowing that I’ll never be higher than 20,000 on any of the leader boards. I’m good knowing that I have no idea how the gun lure trick works and I don’t care to know how it works.

I just try to keep scrolling past that stuff.

I don’t, but a fellow can dream, right? I get argumentative when I’m bored.

Another thing, developers are not that good at the games they create so just because it’s not “designed” that way, doesn’t mean it can’t be PLAYED that way.

Just look at Clemens and Travis how they play (sorry boys, but it’s true. 🫣) But it’s players that play the game with 2000hours that make the game look stupid. It just becomes too easy after a certain point of so many hours of playing. Not the other way around.

I hate the mentality of the speedrunning

I’m comfortable knowing that I’ll never be higher than 20,000 on any of the leader boards 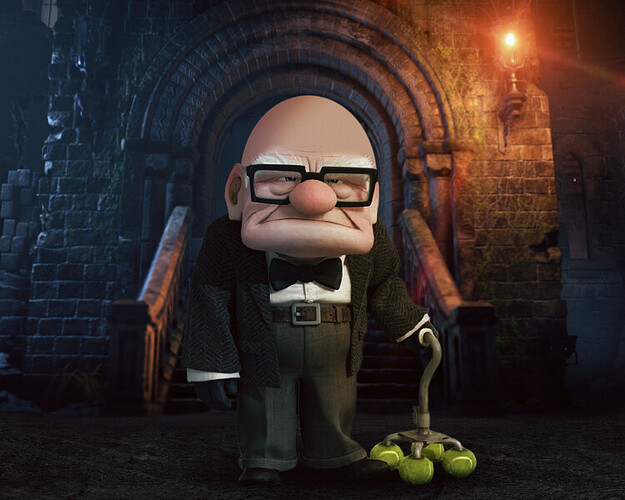 The sheer number of times I alone have replayed this game prove its replay ability, to say nothing of everyone else.

The amount of times I scoffed at the idea that “this isn’t a speedrunning game” reads zero because almost every game has a cult following of speedruns despite being presented as story narrative or replayability.

Why is it whenever speedrunning is involved they’re vilified as ferocious bald apes?

Because they tend to act as though any addition to a game that does not improve upon or actively hinders their ability to have their little speed competitions with each other is somehow interfering with the real players.

I will admit, this is also coming from a personal place of bitterness, as I hold the complaints of speedrunners as primarily (but not whole) responsible for the removal of the ICA electrocution phone. So there’s that.

I will admit, this is also coming from a personal place of bitterness, as I hold the complaints of speedrunners as primarily (but not whole ) responsible for the removal of the ICA electrocution phone. So there’s that.

I speedrun the shit out of this game and I liked the Electrocution Phone. I miss it.

Speedrunners ask for the removal of that!? I thought Oldie7 players wanted that removed!?

removal of the ICA electrocution phone. So there’s that.

I liked it for story reasons, not gameplay reasons. But I’ll accept my part in it.

my brother in christ, it is an unlockable item, how the fuck does it have a story reason