The purpose of this topic is to know what people think or want to be the next ET that is activated.

I personally want the Paris, Marrakesh, Colorado, and Santa Fortuna suits to be reactivated since I kinda want them, but I would like your thoughts on what you think will be next.

I would want a Whittleton Creek ET at some point because the suit is really good.

The Serial Killer will likely return, or at least feature in Arcade mode.

Personally, I would like for Mumbai and the two bonus maps from H2 to finally get some ETs, but that’s unlikely. 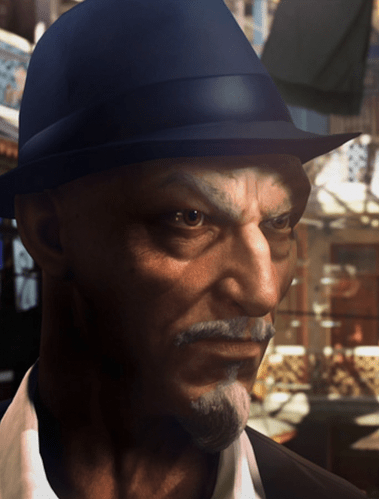 They REALLY need to reactivate both of the Hokkaido ETs. I love my bathrobe and I want more people to have it, it’s so good. I remember waiting months for it in Hitman 1.

Also the Surgeons was great and incredibly tense (because failure meant I wouldn’t get my White Yukata) and the haemorrhagic virus syringes were a unique twist.

edit: there’s also a fantastic conversation that people should see, credit to @Euler13 for recording dialogue for all of these: Hitman - Elusive Target #21 - The Surgeons - Dialogue - YouTube

I think Mumbai not getting ETs is a real tragedy because of how many areas there are that don’t get much use. Basil Carnaby takes great advantage of the chawls, but there’s also areas like the outdoors around the trainyard, the Crows’ underground hideout, and the hill/rooftops which would be great for ETs

Real ETs. That dude was made part of the game proper; I’d like the ET challenge presented in Mumbai in the usual manner.

I loved The Pharmacist back in HITMAN 1. She was an interesting target because of her route across the palace and because she was the first ET to meet with a target from the main mission. I don’t remember eliminating her in H2 and she’s certainly not in H3 yet, so I really hope we get to see her again, It’s been a very long while since I last played it.

Other than that, I’m also really hoping for The Censor to get reactivated too. It was such a memorable ET to me and I really liked the dialogues in that mission, even if the mission itself was kinda easy and the aspect of identifying him in the party was kinda obvious, it was still so fun to play.

The chawls still arent considered trespassing in Hitman 3. I know Illusions isnt considered great but its still a bad bug