Starting to see Let’s Plays and reviews of Far Cry 6 (which comes out tomorrow, as of this post). Thoughts? Expectations?

I think if it’s even close to how good the last few were it’ll be amazing. Hopefully they get the graphics sorted as I’m hearing that there are potentially issues on PCs.

How can a new Ubisoft game be amazing when all they do is recycle and combine multiple game mechanics from their past games into one bloated mess? 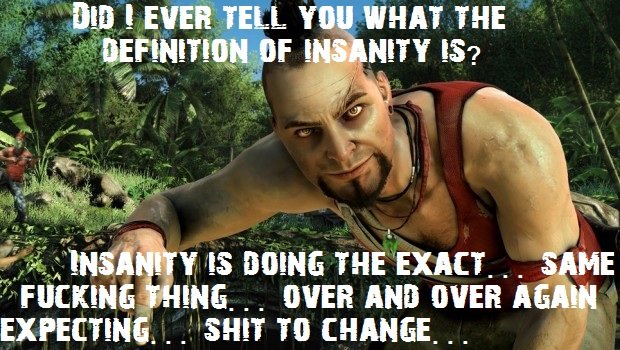 Most reviewers agree that FC6 is pretty much what you’d expect from a new installment in the series ever since FC3. I take the opinions of game reviewers about as seriously as movie critic opinions. I liked Far Cry 3, 4, and 5 so I expect to like 6 as well. To each their own, I suppose.

@IndianAgent47 Made a livestream about Far Cry 6:- I’m about an hour into it now so not very far, but so far it’s going well. If you like the earlier ones, this one is more of that. I haven’t noticed any graphics issues either on my PC. Same dumb UbiSoft client that keeps signing itself out all the time though.

After a few hours of playing I can definitely say this entry is way better than pt 5, maybe even 4 too. The setting is absolutely gorgeous and the gameplay is fun as hell. Though I must say there are some things which I still need to get comfortable with. It mostly being the different protagonist, different enemy types and the new way of taking over enemy checkpoints and ‘camps’.

What I don’t really like is how in your face some of the characters are. Ubisoft reeeaaally wants you to like Juan Cortez and Clera, but I find them rather annoying. Especially Cortez with his constant Guerilla nonsense. There is something with these guys that screams “look how cool and funny we are. Please like us!!”, almost like the average character in Watch Dogs 2. Hopefully none will follow and the rest is more based like FC3 & 4’s characters. Anton Castillo however is a good villian which I’m really starting to like. I’m curious where his story will go. And how Diego comes into play in his tale.

How are you finding the new combat and gear systems? I heard they’ve done away with skill trees and everything is now tied to items of clothing/armour with their own perks. That’s something I have mixed feelings about, especially the way it’s implemented in games like AC: Odyssey.

Also I heard enemies are now more bullet-spongy and you can’t explore all areas of the island freely anymore because some guards are impossible to fight if you’re not levelled high enough. Is that right?

How are you finding the new combat and gear systems? I heard they’ve done away with skill trees and everything is now tied to items of clothing/armour with their own perks. That’s something I have mixed feelings about, especially the way it’s implemented in games like AC: Odyssey.

Yeah thats something I noticed pretty quickly. The skill tree is gone and you can do every melee trick from the get-go. Was surprised to see I could chain stab a group of goons in one of the first missions.

The clothing will probably get pretty annoying on the long run. So far I only had fireproof clothing as part of a mission. Changing clothes on every occasion is something I do not look forward to, even though you can via the interaction menu.

Also I heard enemies are now more bullet-spongy and you can’t explore all areas of the island freely anymore because some guards are impossible to fight if you’re not levelled high enough. Is that right?

This is true. It doesn’t bother me yet though. You’re right about the enemy levels, but I have yet to experience them since I didn’t explore much of the island so far.

As you level, the other areas do too. So when the game first starts, yeah, you can technically go pretty much anywhere and the hardest enemies are maybe 6 or 7 levels beyond you. As you get better though and free various map areas, they “beef up” the levels of the other areas so they are still higher than you are, but commensurately so.

Oh, the magic triada (Or whatever it’s called) supremo with the matching gun is amazingly OP if it’s used correctly, but fun as hell to actually use.

I’ve now finished the main story. I’m still working on getting all of the various collectibles, weapons, side stuff, etc done. I like the insurgency stuff. It adds a bit of post-campaign content every week and supposedly new weapons will be available. It also makes sense from a story perspective and the idea of the revolutionaries becoming the establishment is an interesting one.

All in all, the game is very good. There’s not a lot of differences in game play from previous entries but what is changed is good stuff, to me. I have completed as much of the story as possible using a stealthy approach and there are absolutely plenty of weapons that cater to that style. I don’t know if the game plays better or worse if you tend to “go loud” but it fits quite well with the way that I play it. I was surprised it takes so long into the game to get to the secret alternate ending. The last few happened much earlier and you didn’t really have to do much except maybe walk a bit.

Normal Animal Amigos: defends you from and kills wild threats for you.

Except you can’t pet it. 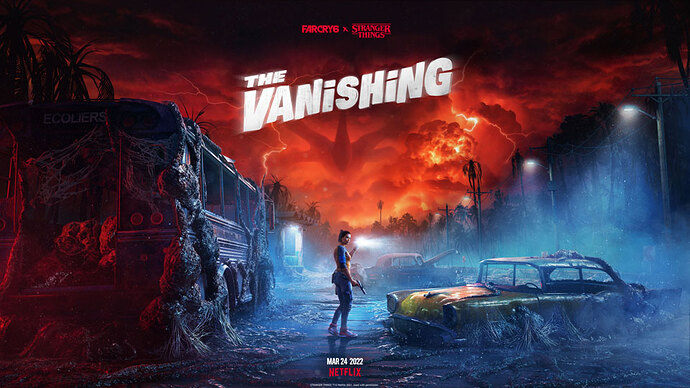 Players can dive into the Yaran rebellion for free starting March 24, and save Chorizo from the Upside-Down.

I’m actually home for the weekend and should have some free time for this too. Might try and grind out progress to get the murder-chicken lmaooo.