Contract mode don’t have good User Experience if comes to Interface. One of biggest thing which frustrate me its that after each completed contract I need go back to main menu, choose game modes, then Contracts, finally Featured Contractds. It’s very anoying. So below is few my solution to make UX a user friendly.

Each time when player complete a Featured Contract there should be a suggestion to choose another one. Similar solution is applied for Mission Opportunities and next mission in Campaign mode. 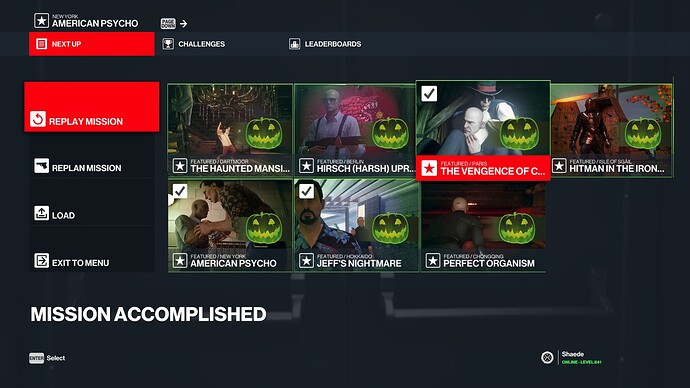 Similar to Challenges - Freatured Contracts should have a filter option allow user to show things which he completed already or highlight newest one. 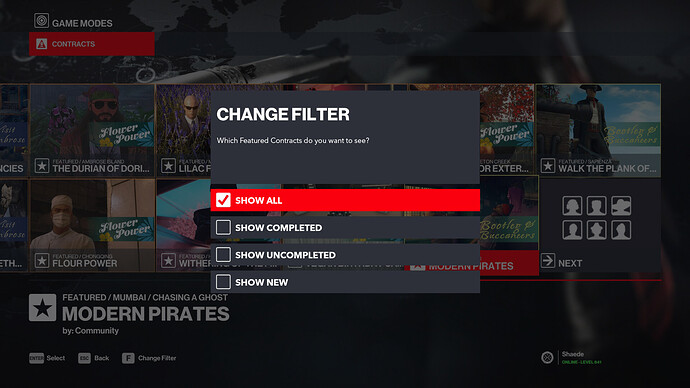 This mode really need any sort options. I’m a more roleplayer gamer so when I start play Featured Contracts I always choose to play contracts within that same location. 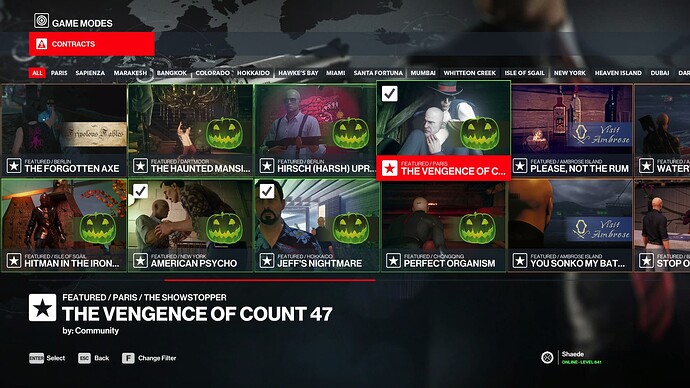 If sorting by location could be promlematic (too many locations which can’t be shown on one screen) thing could be sorted by game, similar solution is in Challenge Menu. 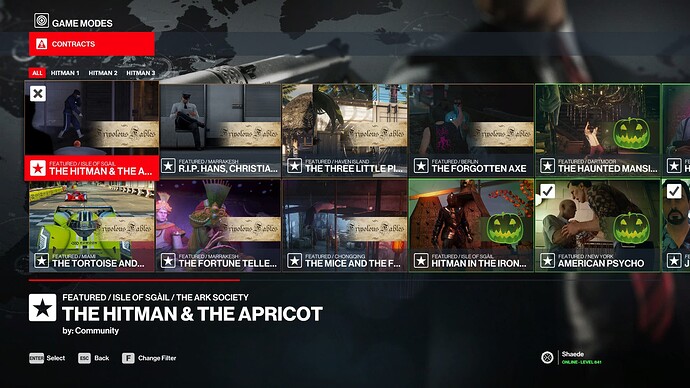 Contract mode have a nice filter options that could be used to sort Featured Contrats. 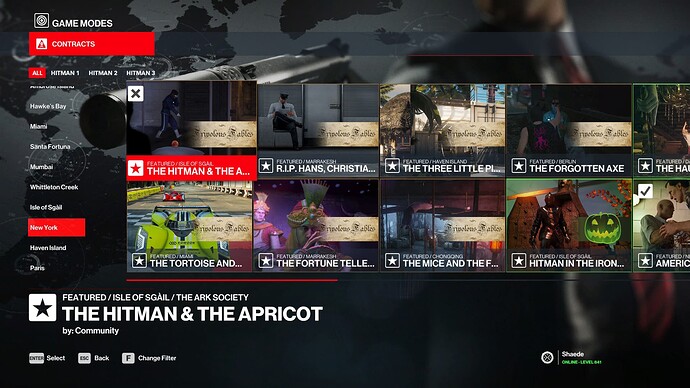 What do you think about it? Did you find current functionality of Featured Contracts annoying?

Long ago there was a topic asking for feedback on what changes we’d like to see in regard to Contracts. Some were UI (quality of life) changes as you mentioned. Some were in regard to kill methods… And a ton of other things.

This one isn’t so much UI related, but I think it’d be nice if Contracts had the name of the contract at the bottom when it starts like the missions in the game do.

This isn’t a full-sized screenshot - it’s cropped, but it shows the mission title. 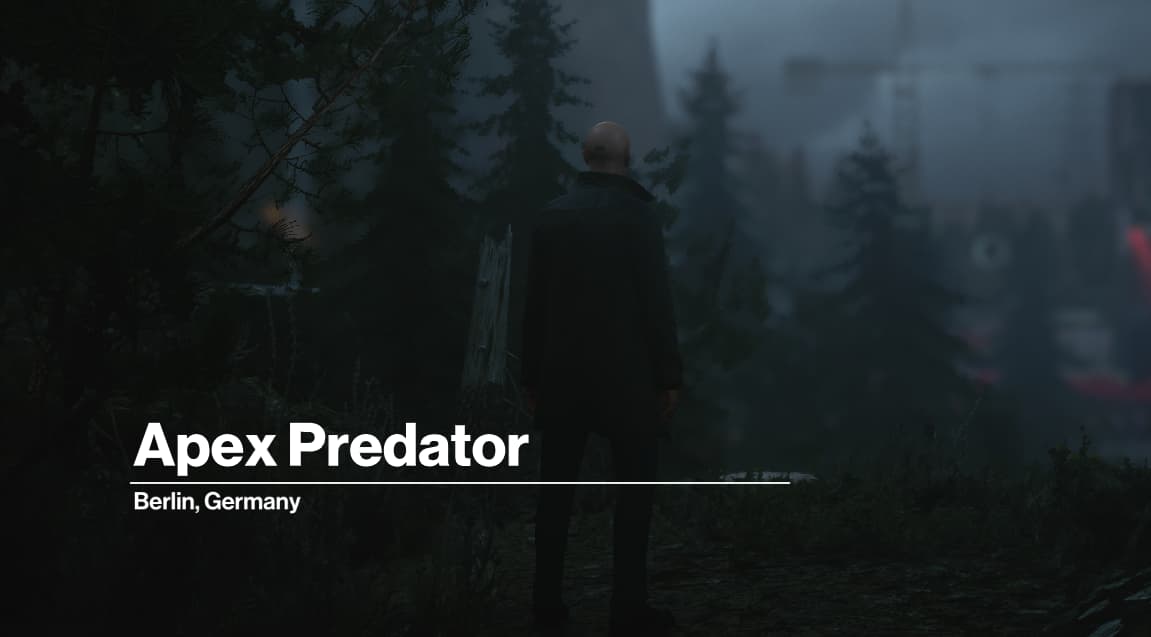 I’d make one with any of the FCs but I don’t have any editing tools up to snuff. 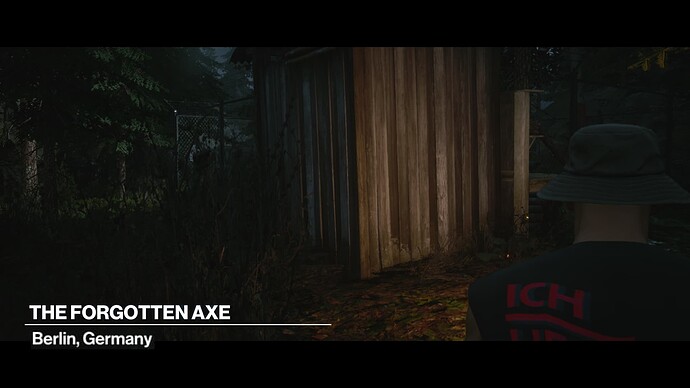 Yeah I never thought about this but that could be a nice touch. Acctualy I’m now wondering why IOI didn’t add such a obvious thing

Yes to all those suggestions!

@Travis_IOI Could we at least get a way to filter by completed and not completed for featured contracts? Same system for Challenges, I feel it could be easy to implement!