Frank Schmidt From, “Another Life”

As I have been playing a lot of, “Another Life”, I have been very intrigued by all the secrets and details within Vermont.

My main interest lies in the fate of a guy called, “Frank Schmidt”. Apparently, he was Cassidy’s equivalent before he moved in. From what I can gather, he was friendly towards Janus and didn’t share a lot of the issues that Cassidy had.

He was a herald, so he was employed by Providence to survey Janus and protect him. He lived close to Janus, as his house was very near to the old Russian’s home. He had a huge vault with seemingly nothing in it, which could be because his house was cleaned out after his death.

There are no pictures nor any descriptions of the man. His death seems to imply he was somewhat physically fit as he put up a decent struggle when poisoned (even 47 seemed impressed by his resistance), his name suggests Caucasian (possibly German or Austrian) ethnicity and his home’s location implies he was wealthy enough to live in Janus’s neighbourhood. He was a tidy man, for his house is very clean and well kept, despite his untimely and unpredictable death. He was not diligent, as his vault was easily penetrated and security was lax in his place.

When investigating his house and eavesdropping, he was brutally murdered by West, for reasons still not clear. Why did she kill him? Why did he get on Janus’s bad side? Who gave the kill order? What would have happened to Cassidy had 47 not intervened? We know Janus dislikes Cassidy, and he wouldn’t mind if West took care of him too. What does it take to get on Providence’s kill list as a herald?

If anyone knows a lot more about the secrets and details found within, “Another Life”, please feel free to share. I love this mission, and I would love to figure it out.

prior to the events in-game, west spent a year in prison, though it isn’t clear what for.

when alone, west says schmidt’s death was an “unexpected reaction” and also claims it was an “accident” to janus.

she talks to janus about her history of killing small animals and testing chemicals by spiking boys at university (one of whom fell out of a window and broke his back), which she apparently enjoyed, so it may not have been an accident after all, but rather a subconscious act of violence (as i mentioned earlier, she does seem to say his death was an accident/unexpected when alone).

after talking with janus, who promises to teach her more about poisons and what-not, west decides to succumb to her darker - and apparently, truer - nature.

here’s a video with all (or most) of her dialogue pertaining to frank’s death: 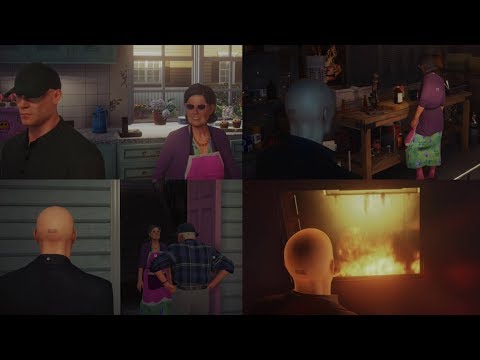