not sure if anyone’s brought this idea up yet but what if Diana’s sometimes in the safe house? (Not living there, only visiting) She could be doing work on a computer, practicing her aim on the shooting range, etc. Maybe there would be a handful of dialogues 47 and her could share.

what if Diana’s sometimes in the safe house?

I can already see where this is going… 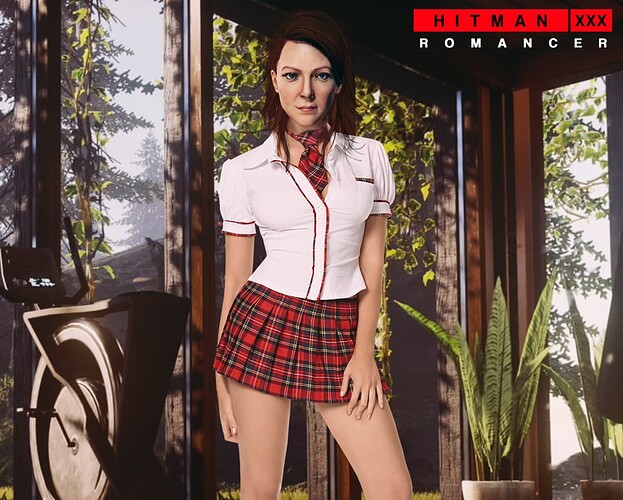 You know Diana doesn’t have to be wearing anything to talk over an earpiece, right.

But seriously, I don’t see a reason why she should be there. She operates from all over the world, we saw her in Johannesburg (?), Paris… I think that’s part of the game that she’s never together with 47, so if something goes wrong they don’t get captured together.

I see your reasoning and it makes sense, but it would be awesome if IO would give us another Mendoza moment somehow. This wasn’t even an attempt to talk about Diana/47 sexy times, I swear. Like I don’t want to tango with her again, just like have them interact again to see what they are like now. Because their relationship dynamic has to have changed, with them just being on their own with their own agency.

And this safe house could be another opportunity to showcase that. Maybe 47 could even read messages off a safe house laptop that were sent by her. That could even be a throwback to the older games.

Maybe have a heart to heart, for real this time, about his guilt in killing her parents, and how they will move forward from that. There’s a lot of potential material there.

I mean, out of respect for her, will 47 take greater care to avoid using car bombs going forward? It doesn’t seem that she ever told him the details of how, since Grey didn’t even know, so 47 didn’t know that she might have felt a twinge of pain whenever he used them before, but will he try to avoid it now?

Maybe have a heart to heart, for real this time, about his guilt in killing her parents

What’s there to discuss? Diana said so herself, he didn’t have a choice. It wasn’t his fault he was ordered to kill them, it was Providence. That’s what Edwards slipped up on: assuming that Diana would take it personally and get revenge on 47, when in actuality she of all people know that he isn’t the client, these aren’t motivated killings by him, it was just another job. when 47 apologised with his last breaths before passing out, that showed all the uneasiness he had back then and the recuperation he had since taking the antidote. Plus, neither of them seem to be the type to talk about themselves and their emotions; they’re friends with a deep sense of understanding and respect for one another, and their mutual cooperation through these hard times shows that she holds no grudges against him, and she understands that as 47 slowly regained his true personality, his conscience would be wracked with guilt, but he learnt long ago that his ethical code forbids him from wasting his abilities, when there’s evil people out there who need to die. They don’t dwell on the past, they have far too much responsibility on their hands to think about what could have been.

What Diana said in those moments was for show, 47 has no idea how much of it she meant or how much it really affected her. They should have a talk about it, even if just for Diana to confirm to his face that she forgives 47. Otherwise, he’ll never know for sure if she’s just using him as a tool still to weed out other corruption in the world, and will then dispose of him for real once she’s done for what he did. We know the truth, but 47 doesn’t, not for certain.

They had to have had some similar talk after Blood Money to convince him to work with her again after she seemingly sold him down the river. He had no way of knowing for sure that she was involved since he was unconscious and she was gone by the time he woke up. She had to have explained everything to him later and apologized to get back on his good side for the apparent betrayal. A similar reckoning will be needed for this, but maybe we could see it this time.

Yes, there had to be some conversation between the two to re-contact them. 47 must have been informed by Diana that she was re-establishing the ICA, but considering the fact that 47 wasn’t dead, it wouldn’t have taken long for him to figure out that Diana had done this to back-stab Cayne and save them both. Admitedly, it must have been awkward for Diana once they started doing missions again, but 47 could’ve refused to join back, or have Diana as his handler again. In the end, he knew she was the best fit for him, and vice-versa. They didn’t need to say anything at that point; 47 trusted Diana’s loyalty, and Diana trusted his. That shows how strong their commitment to one another was, as a team. My fan-canon is that Diana contacted him first, to see how he would respond. At that point, he just asked when he could get back to work, and Diana’s worries would be set at ease.
The same can be said for how they established contact with each other after disposing of Edwards: 47 knew that Diana’s ideals would force her to take any actions to cosy up to the Constant; so,whether 47 killed him or not, she was secured as the next Constant, because at that point Edwards thought she had finally been turned over. Yes, it did appear like she threw him under the bus, but at the same time, the whole mind sequence at the beginning was 47 rationalising the situation; he voiced his doubts, and Diana’s voice comforted him. Before Mendoza, 47 heard Olivia’s concerns and said “You don’t know her.” The phone call at the hut had 47 saying the past was dead, and that he chose to follow this new path because he wanted to, not for spite or revenge, but out of professionalism and friendship. It’s why I find 47 and Diana’s dialogue between each other in Absolution so jaded and unnatural; they know enough about each other that they need not say a word, both because they know how the conversation would go, and because they know they would both find it awkward. Maybe many years from the end of WOA, when Diana’s finally retired, and 47’s mind has been totally reverted, maybe they can have these talks. At the moment, however, I think neither are qualified to have these types of chats properly.

Well, I’m writing a stalled-for-the-moment short fanfic about the day before Freelancer starts when Diana brings 47 the dossiers for the campaigns and he brings the subject up to clear the air for good before they begin a new venture. I’ll show an example of what I mean when I finish and post it, but the two don’t need a long or deep discussion about it; it can be over in a minute. But given the importance of the matter, it’s a conversation I think they need to have and have before they begin again just to put away the last baggage there might be.

I’m writing a short fanfic about the day before Freelancer starts when Diana brings 47 the dossiers for the campaigns and he brings the subject up to clear the air for good before they begin a new venture.

And I thought I was a tactless asshole!

I love that she emphasizes the “THAT”.

Freelancer was supposed to come out in the spring IOI lied to us. Then they released it was going to be the first ever in the history of Hitman Game Series which i s a lie. The original Hitman games had that option because you could target practice in the Blood Money game. Silent Assassin you could blow up things like the shed with all the weapons.

Nobody lied, it did not work out as planned. They want to polish it some more. Do you want a buggy mode instead?

Then they released it was going to be the first ever in the history of Hitman Game Series which i s a lie.

Are you from the future? Freelancer is not released.

I think they meant “released the info”, but the rest of it is still a bit unclear.

I’m pretty sure IO didn’t mean “it’s the first time we can play around with our weapons in our safehouse”, but the concept of Freelancer.

I’m pretty sure IO didn’t mean “it’s the first time we can play around with our weapons in our safehouse”, but the concept of Freelancer.

And/or this: “You can configure and customise the safehouse”

Im just excited to see if 47 can cook 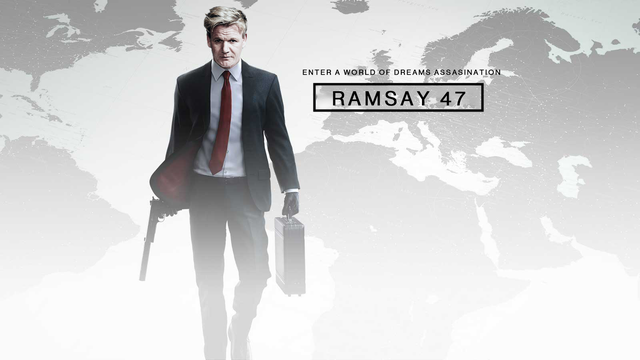