THAT is true (and Viktor Novikov, head of Sanguine … and ring leader of IAGO …)

They didn’t lie.I misspoke I apologize, they had something similar to Freelancer in the early Hitman games.

No they did not

We just don’t know exactly how it’s all gonna work. They have said we will have to buy guns similar to C47. That, of course, could all change. Maybe we can modify stuff like in BM? Maybe we have to keep completing contracts in order for 47 to have money to buy his morning coffee? Who knows?

The Church in Hitman 2 Silent Assassin -Classic
The Warehouse type place in Hitman1 Blood Money - Classic
Been a Hitman Game fan for years. Both places you can test and shoot weapons and blow stuff up. Like Freelancer
Freelance is just bigger map with more free roam.

I still don’t see how you think they lied? We couldn’t really customise anything in the previous games safe houses except removing the birds from the church and the rats from the BM one. So there will be something new at least.

I was talking more lying about the release date when they first release a Year 2 Map for Hitman 3. It said Freelancer Spring 2022 and then again in February it said late Spring 2022. Yes the Freelancer mode will be better.

Dude they pushed back the release date… that’s like when your spouse asks when you’ll be home from the bar. There is a goal, and then life happens and you get yelled at for coming home late.

Also IO have a long history of taking delays with hitman releases so it shouldn’t really be a surprise.

Yes thank you for that explanation. I know all you guys have said the same thing. I’m done talking about it. I had a option and my statement and you guys are acting like I’m stupid. Let’s just wait and see.

I am quite sure a shooting range is a very small part of what Freelancer consists of. So for the majority what that mode is about, it might be something we never saw before. That is why people are confused by your statement.

I don’t think you’re stupid dude. We all get excited about our games.

Well, you seem to not be getting it on both points, and that’s why we’re talking to you like this. 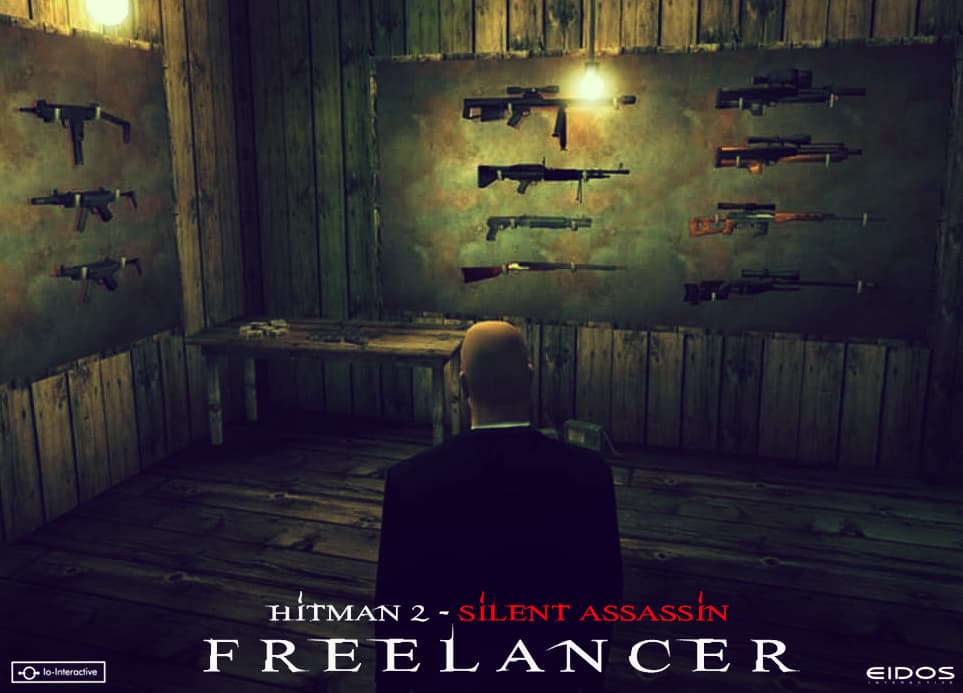 Yo they got 4K support!

It’s like mobile games, only the ad is 4K.

Same goes for the Training area in Contracts.

I wonder if Freelancer is going to be used as a sort of testing ground for Project 007. Not in mechanics, but in plot. Think about it; normally, 47 goes to a location, kills his target, and that’s it, it gets done, on to the next job. Yeah, sometimes he has to kill a few targets to get to a particular one over the course of a few stages, but they’re all in fairly close proximity to one another. With Freelancer, one single mission is multiple stages and 47 has to not only kill targets, but collect intel, data, learn locations, collect equipment and gadgets from people undercover, etc., in order to identify the leader and learn where they are (in-universe; we players will decide where they are when choosing the map orders).

And when you think about it, that’s pretty much the plot of a James Bond story. He starts off going to one place on MI6 orders, finds a suspicious fellow, whom he then follows to another place and fights/kills him, goes off the little info he got from that fellow to another place with another person, usually a woman this time, he learns about the wider conspiracy, follows the woman to yet another location, and ends up finding and meeting the big bad and learning his plan, and spends the rest of the story trying to stop him.

And while the second half of WoA had that same kind of flow, the way Freelancer has been described sounds like it’s going to hedge a bit closer to that Bond formula, setting aside the fact that we know exactly where we’re going next. IOI might be trying to see if they can pull off that usual Bond plotting formula well enough for people to like it when Project 007 comes down the pipeline. If we’re ok with the formula in the Hitman setting, probably no issues in Bond world.