So I have installed the game now four times. Two of those times the game won´t even start, stating that I have to go to the store and download it. The installed game had version nr. 0.0.0.0

Now I had managed to get the game that it installed and startet, but it seems that it only downloaded the necessary files to start the game, but most of the content is missing. The tutorial mission works and the first two missions of Hitman 3, the rest is stuck at Downloading 24% without progressing any further.

I am sorry is this a known issue?? I can only access the first mission of Hitman 3 the rest is marked as downloading without any progress.

I’ve had the same problem. Have uninstalled and reinstalled 3 times and only the first mission is available.

Do you have the license files for each location downloaded? It sounds like you do, but check under Manage Game and check to make sure you have all files installed. 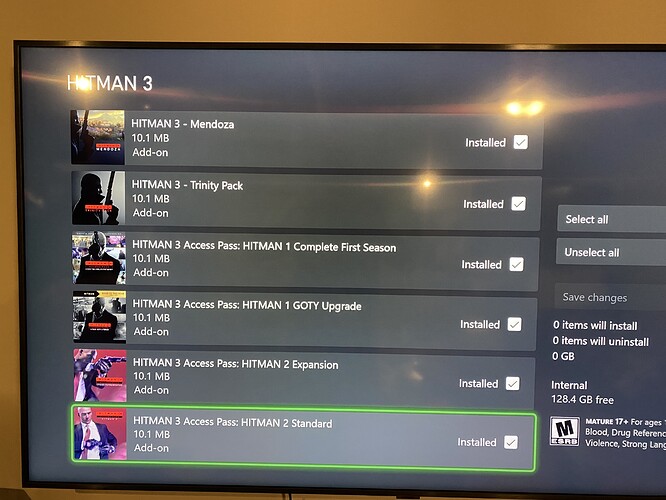 If the game is stopped mid-progress, 24% was mentioned, that is more an issue with Xbox than IOI. I would suggest contacting Xbox Support on Twitter or support.xbox.com for assistance.