“I think the hard part is like what to focus on and how, how and where to rein ourselves in because the creativity is explosive and the passion is explosive"

“I think the hard part is like what to focus on and how, how and where to rein ourselves in because the creativity is explosive and the passion is explosive"

Hitman 3 is the first big game of 2021, bringing the world’s finest assassin Agent 47 back to consoles, PC, Stadia, and even PlayStation VR.

Ahead of the game’s January 20th launch, we sat down with Mattias Engström, Game Director and Forest Swartout Large, Executive Producer, to discuss what fans can expect from the closing chapter of the World of Assassination trilogy, how the VR version came to be formed, and whether we could see Agent 47 in Fortnite anytime soon. 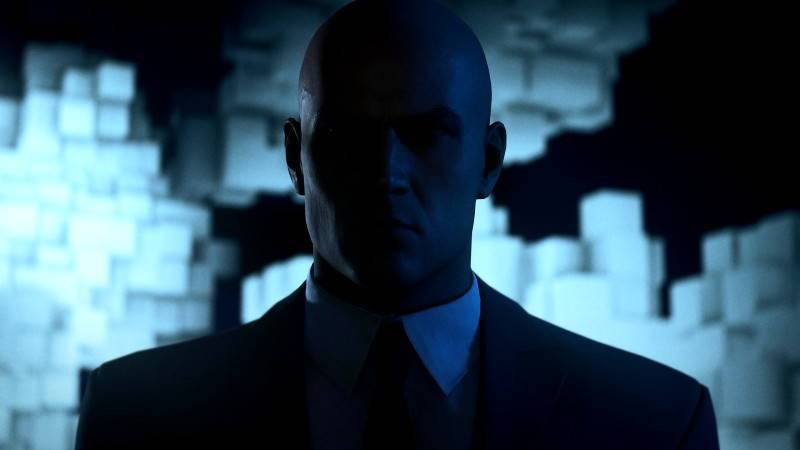 Hitman 3 has a lot riding on it, in a lot of ways. It’s the conclusion to a trilogy that has steadily gained in popularity since beginning in 2016, it’s the franchise’s debut on Nintendo Switch and in VR, and it marks the culmination of three games’ worth of story – something the team are acutely aware of.

“And like, how will they take the ending? Did they feel the way we want them to feel? If that’s our players, I think that’s what I’m excited about – the journey. Did we nail this for the fans?”

"I think for me, we’re releasing on so many platforms at once, it’ll be just a relief to validate that it actually works with real players and not just for us and first-party testers,” Large jokes.

“But then I think beyond ‘how is the ending’, we have so many hidden kills and so many hidden mission stories. I’m really curious to see which ones surface first and which ones the community gets excited about,” she adds.

“There are some that are quite deep, quite expansive, but they’re fairly hidden. So I’m curious to see how long it’ll take to find them”.

Unbelievably, the franchise has been around now for 21 years this year, offering sandbox-based stealth action that stands out among the more explosive shooters of modern gaming. With the likes of Metal Gear and Splinter Cell fading away, Agent 47 remains one of stealth gaming’s last icons.

Does it make it harder to keep one-upping each previous instalment?

“I don’t think that’s ever been a problem,” Engström notes, pointing to the team’s creativity.

“It’s such a passionate and creative space to be in, I don’t think we ever have trouble coming up with new ideas and new scenarios.”

Large agrees, noting that at times, it can be easy to get carried away.

“I think the hard part is like what to focus on and how, how and where to rein ourselves in because the creativity is explosive and the passion is explosive,” she reveals.

“Sometimes that means that we put a lot of pressure on ourselves and we have to really kind of be aligned to make sure that we’re all going in the same direction and that we’re not pulling apart from each other. But we’re all moving forward as a team. And it’s a great problem to have, you know, so much creativity.” 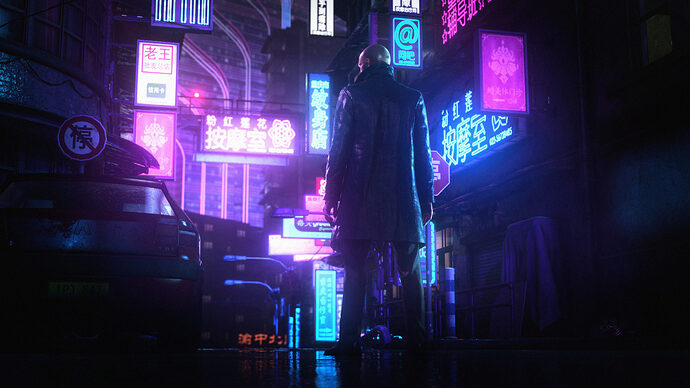 In those 21 years, the franchise has consistently reinvented itself, not unlike its protagonist. Absolution added more linear levels, while the 2016 reboot made headlines for its episodic approach. Hitman 2 added ‘Ghost mode’, but Hitman 3 is very much a “back to basics” conclusion to the current trilogy – a decision that was made to focus on closure.

“I think we really wanted to have closure when all is said and done, and then we, as you said, we need we wanted to focus on on the characters and where they are going and what happens with them,” Engström explains.

“It’s more personal and intimate, I think. And that’s where we put our effort this time around just to be really, really close to the game. I think we mastered the game.”

That more personal tone will carry through to each mission, Engström explains.

Pointing to Hitman 2016, he refers to the episode title as “a very clean, aspirational, professional take on the Hitman” with “goofy undertones and playfulness”, something which carried through to Hitman 2.

“In Hitman 3, it’s a bit darker. It’s more serious and we’re leaning into that a little bit more and it’s more emotional.”

“I think a lot of the playfulness comes from the players, from some of the moments and items and framing,” Large adds.

“Like the sandbox definitely encourages being doing certain things and being playful. And the things that we see them do is just amazing. They break the game sometimes in crazy ways. That is just mind-blowing.”

That sandbox is getting some tweaks, too. IO recently announced the addition of “Persistent Shortcuts” – something that the team is hoping will allow players to take ownership of the game’s levels.

“One of the things we wanted to do for Hitman 3 is having each level feel a bit more tactile and immersive, and that means doing things in the world, touching things and making sure that whatever the player does, it’s happening in the world,” Engström explains.

“You’re actually doing something active in the mission, breaking up the door or putting down a ladder, that space opens for you. You’re doing it yourself, which means there’s more there’s a stronger activity which connects the level to the player and allows them to remember it better.”

A World of Assassination

But how does IO add locations? In Hitman 3, Agent 47 will journey from Dubai to England, to Argentina and more. Why those locations?

“It mainly comes from where we wanted the emotion to be for every location. We wanted the story to be close to the location,” Engström explains.

“That should be reflected in the tone and in what you’re doing in that specific location. So that, I think, is the main driver for not maybe the exact location, but how it looks and how it feels and the gameplay. And then it’s just an iterative process on where people are pitching ideas and locations.”

Those locations, and the ones from Hitman 2016 and Hitman 2, are about to become a lot more immersive, too, with PlayStation VR support. 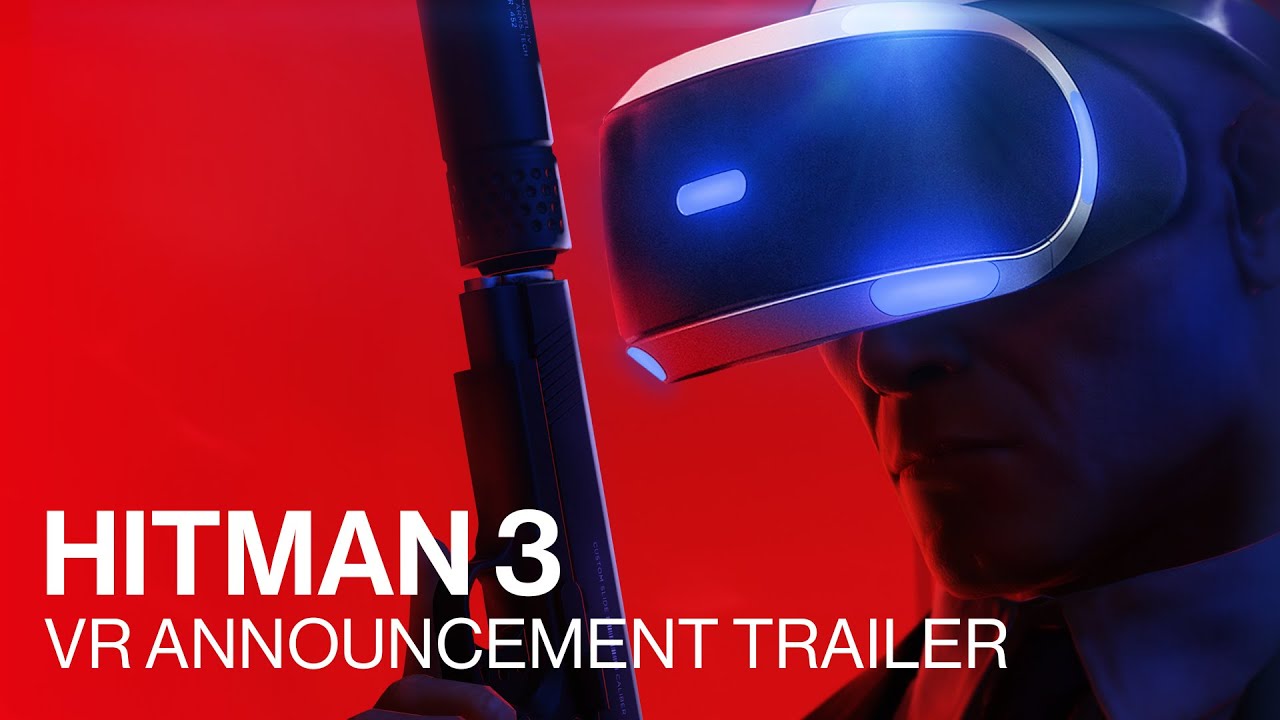 “The way that it came about was a passion from two of our game designers”, Large reveals.

“It’s a completely crazy proposition. It’s insane. We had to touch every shader, every interaction, every feature, every visual and auditory moment. I mean, it’s just like every single area of the game we had to revisit, touch or redo at times, and then re-test,” she adds.

“We need to make sure it plays well and is as comfortable as it could be without getting nauseous. That’s been a really huge challenge,” Engström notes.

“All of the puzzles have been done in third-person, but now you’re in first-person, so striking a balance between fast and smooth gameplay and immersion, that’s been a challenge and hard to nail. But I think we landed in a spot where I’m having such a wonderful time playing in VR, it’s pretty damn cool.”

We’ve had some famous faces, including gaming royalty, join Fortnite in the last few months, but don’t expect Agent 47 to arrive on the Battle Bus anytime soon.

Engström responded to our query with a “hard no”, so don’t expect to take your Silverballers into a Battle Royale anytime soon.

but don’t expect Agent 47 to arrive on the Battle Bus anytime soon.

They all seem dedicated and passionate about making this sequel. I really hope that Mattias and his team nailed this final episode so we get to play the best of the trilogy