I have played the trilogy and carry out all the achievements but my level is just 984. 16 points more to reach level 1000. And it is long. Thanks to the seven sins which could permit to reach 1000 points.
Because only completing the contracts is taking to much time.
I think the best way to accelerate would be to do again the escalations.

Either way there is no real sense in profile levels.
It does give you absolutely nothing

Even just redoing missions work fine for me, but that would require serious grind.

It does give you absolutely nothing

Clearly knows that 1000 points will offer nothing. It is just a mental barrier to reach.

Do not understand how other people can have more than 1500 points today. I did each escalations/missions/targets/Success/Achievements … 100% in all location and I am just 984.

What is the trick ?

Even just redoing missions work fine for me, but that would require serious grind.

Perhaps you can try grinding Patient Zero for target elimination points. I would suggest bringing a powerful handgun and infecting as many npcs as possible within the cure time limit.

Then, make a save before you kill them all, so you can just reload and kill them again. It’s a bit less painful than redoing main missions and fun to do sometimes.

Thks YellowZR1, I will test… for fun

What is the trick ?

For HITMAN 3 the speed of gaining levels is redused comparing to HITMAN 2.
For HITMAN 2 there was a cool multiplayer mode called Ghost Mode where I personally spent all my days back then. But before HITMAN 3 was out, IOI decided to terminate the mode, unfortunately.
As ZR1 said, Patient Zero would’ve hepled a lot in grinding profile levels.
But as I said, the speed of raising levels is redused in HITMAN 3, so I don’t know if there is any point to harvest Patient Zero now

Then, make a save before you kill them all, so you can just reload and kill them again

The points for repeated target kill are not awarded. To earn some more, you need to restart the whole level

*every agent disguise is unique. A agent green security disguise is not the same as a security guard disguise (Which means it counts as “New Disguise”)

Either way there is no real sense in profile levels.
It does give you absolutely nothing

That sounds plenty boring.
I think there will just be enough content in the coming months to do it without annoying grinding.
As it doesnt give a reward to reach level 1000, theres no point in doing it early. It‘ll come naturally soon enough.

I wouldn’t say that. I tried to get as much XP as possible within one run in Berlin. It was surprisingly entertaining and fun for me. 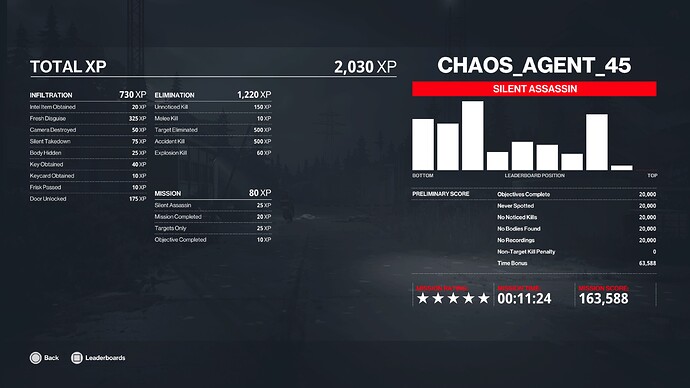 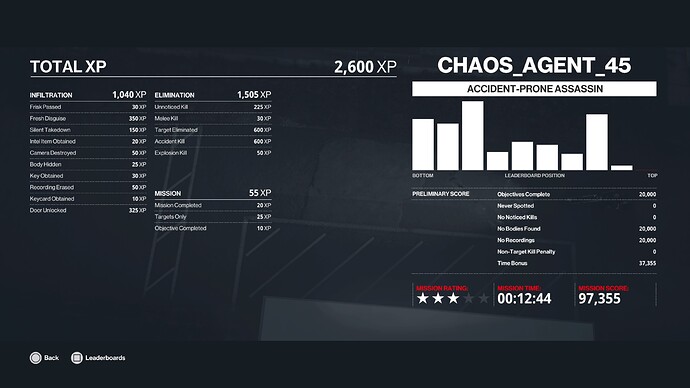 While doing this, the idea crossed my mind: Why not making it a new challenge to get as much XP as possible within a certain timeline in a level? Silent Assassin is not the only parameter with this approach. It’s a totally different “rating” at the end. Timelines could be 5 or 10 or 15 minutes. I will defently try this the next days with other levels too

When I was training for Roulette Rivals, I got many levels. With Dubai, I won like 10 levels in 2 hours. You “just” need to play many shorts runs, a lot haha. But play on purpose, not for levels, it’s pointless otherwise.

So I did it , two times. Each time killing approx 70 targets !! but also unfortunately 10/20 non infected people.
It is funny to see how the game & NPC reacts, it is also funny to have a ballad in the quiet hokkaido map and surprising sometime an NPC occupied to pack the bodies.

But in term of increasing level point , the reward is about 1 point so not so much.

Carry out all the featured contracts, all the new DLC , I begin to be near of the goal.

That is not correct.

If you meant from scratch it is not correct either, since you would unlock a bunch of challenges on your first playthrough.