I think in Absolution he did it a few times in a sort of mean or badass way, like when he’s eating the apple with Lenny in the desert.
And I’m not sure but I think he did a slight smile in Codename when he defeated Professor Ortmeyer.
Are there any other examples?

I realize he is trying to smile in my current avatar but that is from development material rather than in-game. Not sure if I’ll keep this avatar but I think it’s funny, like he’s forcing it because he has to. But seriously, I don’t think so.

I just think “hopeful” or “stoic” whenever I look at this scene. He’s not smiling to me.

As long as I remember, officially he never actually really smiled until the last game, where in the ending he attempt a slightly sign of smiling while talking with Diana.
There is also an old H2016 trailer, where he’s effectively smiling after poisoning Novikov. But I’m not sure to take that instance as official for 47’s smiling.

In C47, 47 seemed to have some strong emotion (Mei Ling kissing him) and seemed he can somehow interact with other people when needed (the U’wa tribe and the stripper of Rotterdam) . This was somehow limited in the further games, from SA and over, when he seems to interact very low with the society, at last until he needs a disguise.

oh yeah I remember that, trailer 47 looked like quite a smiley young fellow

I mean… do we really need him to? 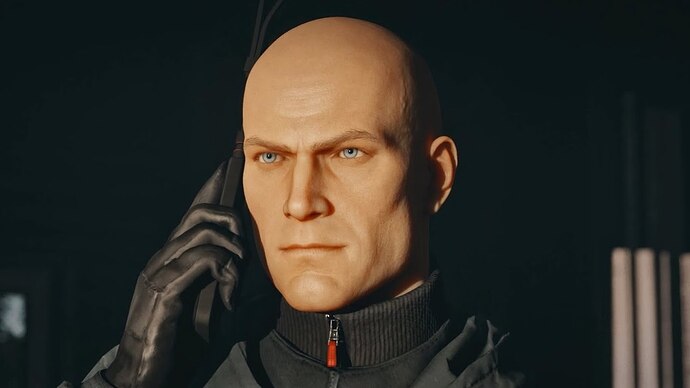 During Tamara Vidal’s ‘it’s 5 against 1’ speech, 47 replies with ‘Yes, see your mistake?’. Its subtle, but to my ears, 47’s ‘yes’ is said with a smile and the tiniest glimmer of laughter (in-game you dont actually see a smile)

I love that this is basically one of the few times in the entire franchise that 47 has a sense of humour…and it’s because he knows that he’s the worlds top assassin and that everyone else is utter dog shit in comparison.

He’s not frowning for once, but a smile?

I think the end of H3 is the only time 47 has smiled in the games themselves, and even then it’s more of a smirk. I’m not so sure about Absolution though, he might have smirked once or twice there but that game is kinda messy with his characterization anyways, so…

Also, if you take the shitty Birth of the Hitman comics as canon (I don’t), then yeah. He definitely smiles/smirks a couple times in there. Although the art is kind of weird so it can be hard to tell.

What do you mean with “one of the few times”? There’s a million moments in the new trilogy where they show you he has a sense of humor, and how he likes to do corny death puns to his targets and what-not. It’s not just a few lol

The corners of his mouth are going up! He’s smiling! That’s a smile! 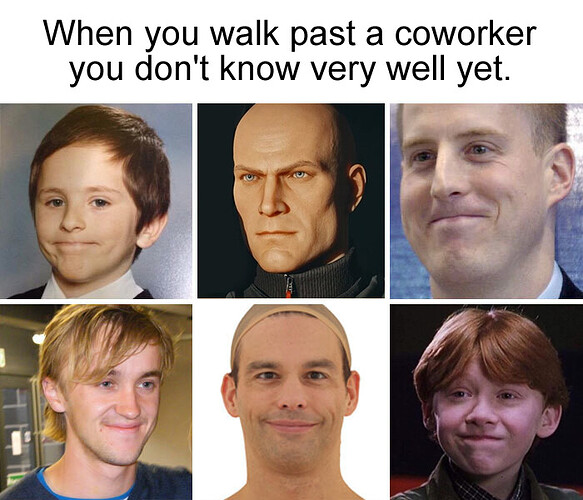 Only one person in that group would literally kill me, and his smile is the least frightening.

Also, if you take the shitty Birth of the Hitman comics as canon (I don’t), then yeah. He definitely smiles/smirks a couple times in there.

Firstly, cool - they’re not that bad. I’ve read far worse comics, and this series was alright. Confusing to follow, yes. Weird artstyle… also yes (seriously, it was very inconsistent), but it was not shitty, not by a long shot. You can dismiss it as non-canon all you want, but it’s still as canon as anything else not named Absolution (which is in a weird “it def happened, we just don’t know how”). Deal.

Right, onto actual business; he smirks/ smiles about 5 times in the comic. Grey smiles a heck of a lot more. 47 only smiles when Grey isn’t in the same panel as him; he’s almost always shown frowning or looking angry. Almost as if Grey is a…well… foil to 47’s stoicism. After “the wipe” in Issue 4 and 5, he has precisely one peaceful smile (the last image), but otherwise frowns throughout the rest of the comic: 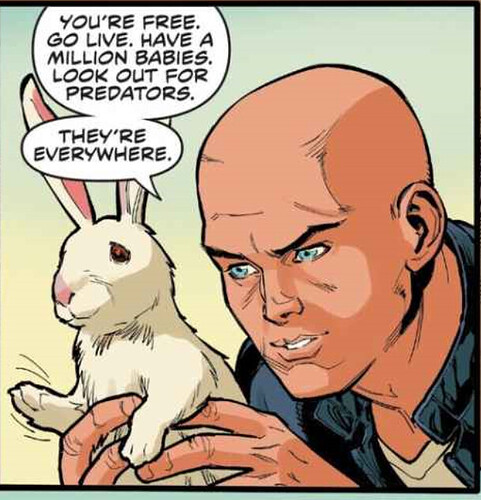 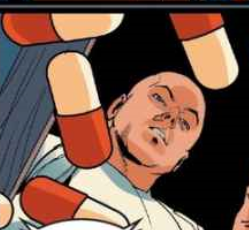 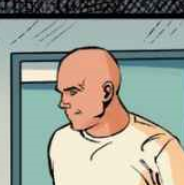 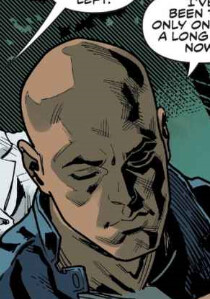 Impressive how generic and washed out 47 looks on these panels, almost like a poor made prof. Xavier.

…and here’s every time Grey smiles. 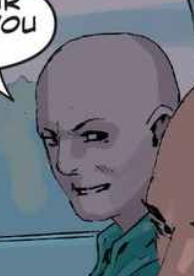 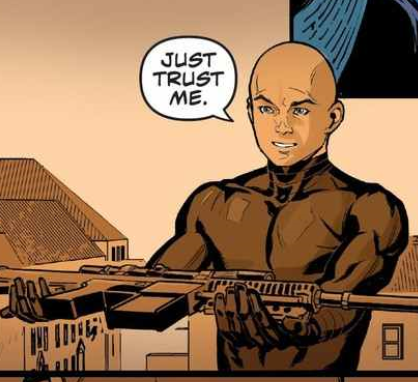 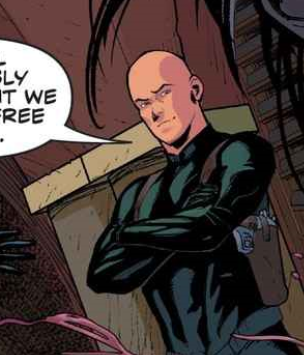 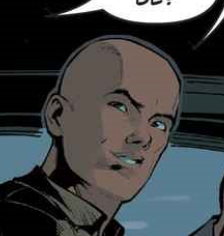 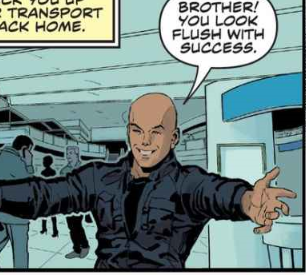 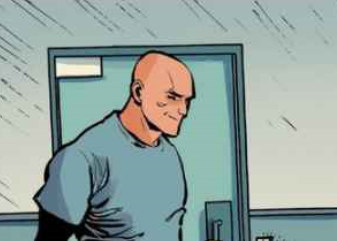 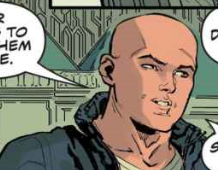 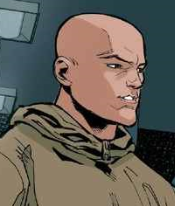 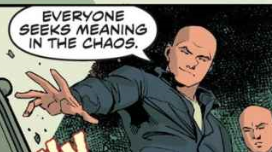 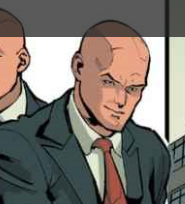 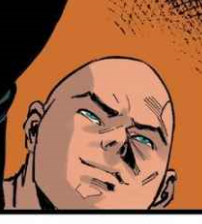 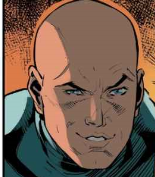 The world’s most nefarious assassin died because of stairs.

I will say this; that is not inaccurate.