Haven "The Pleasure" removed for Hitman 3?

Trying to do “The Pleasure” easter egg through Hitman 3, but the skull on the FAR island that is supposed to be on the chair, is not there anymore. Did they remove it?

Looks like. It’s not on Xbox (Hitman 3) and there’s no achievement for it in that game either.

My guess, based on the amount of people who actually unlocked it in Hitman 2 (only 0.10%) ioi figured it wasn’t worth keeping (space wise) for Hitman 3.

I also noticed the island where that skull was on in H2 us designed differently in H3. Weird.

What did this Easter egg do?

Made a ghost pirate ship appear in the sea.

It - the achievement as well as the easter egg - still is in the Stadia edition, at least I only unlocked it after H3 released. The last skull however was invisible, I guess they’ve changed distance drawing for performance reasons. Still worked tho

The last skull however was invisible, I guess they’ve changed distance drawing for performance reasons. Still worked tho

That sounds like a good explanation, some things far away don’t render anymore.

On Xbox, not only is the skull missing but the chair is too!

Same on PS4. Also, if you stand on the sniping tower, there is a huge palm tree in front of you that was not there in H2.

There’s added trees in Paris that obscure your view while sniping from the barge platform.

I’ve been wondering this as I’ve been pulling my hair out trying to get that last skull to spawn so I can get the ghost ship for my photo for my CFC submission. I’ll have to try if it is just invisible.

There’s also a huge tree in the Hokkaido zen garden that makes sniping from the Mountain path very hard.
Those trees were only “changed/added” for Hitman 3 right? I hadn’t really noticed them until recently.

I think they got changed due to an update in Speedtree and updating the models for the trees.

Ah, yeah seems a lot of the trees are different than how they were before. There’s a tree in Himmelstein that’s changed, and it made finding one of the hidden ducks super hard to find than what’s shown on Hitman 2 videos.

To be honest, on Haven Island I’ve never unlocked an easter egg, while I know there are several: ghostship, tornado.
I just don’t know where to start, so I left it there…

They’re pretty easy. Check out YouTube, you’ll find a bunch of step-by-step walkthroughs. Some are just for fun, others have a challenge unlock so for completionists… 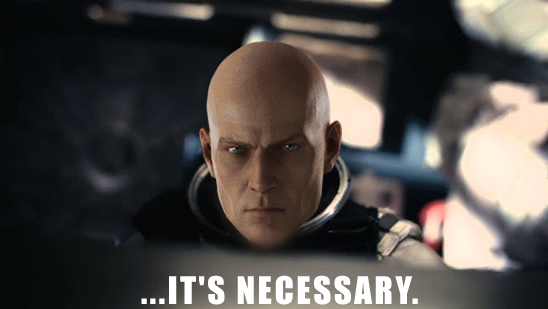 Here’s what I found in the OP’s Reddit thread.

The skull is still there, but the surrounding objects are not, so it is floating in the air where it is supposed to be and blending into the environment.

The photo shows it above the reticle, taken under Portman’s hut. I was able to snipe it from the beach water by Williams’ property and get the ghost ship to appear. Foliage, to be specific.