HITMAN 1 and 2 are overpriced on Steam

i live in canada. 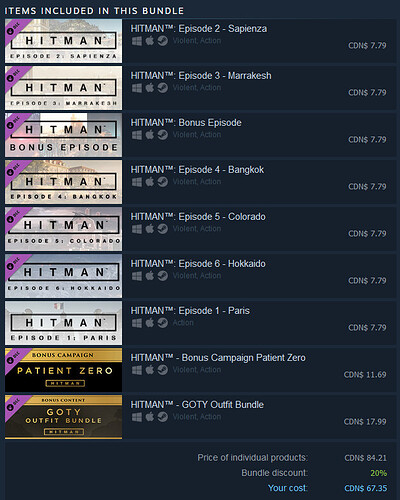 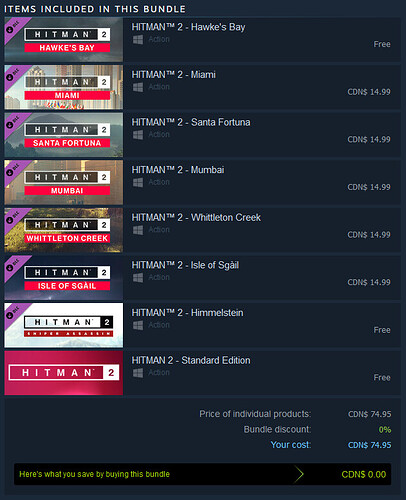 i already own those two games so it doesn’t affect me personally, but those games are a few years old already. in fact, GOTY turned 5 years old yesterday.

why would you charge so much for older games? what gives, IOI?

If anyone is short of money, they can always look out for sales as for why IO is charging that much, it’s they’re choice, I don’t think it’s a crime especially since many game companies, way bigger with way more money than IO, still sale their old titles at launch prices.

Wow, I picked up both hitman 1 goty edition and hitman 2 with expansion pass for 45 us dollars on the playstation store back in November.

I’ve actually asked myself this a few days ago, but not because of the games’ price, but rather because of the HITMAN™ 2 Expansion Pass.
As far as I remember, it’s priced at $35 USD, which is almost half of the game’s price. I’m not denying IOI’s dedication in making New York and Haven, but charging that much for only two locations, some reskins and suits and those damned Special Assignments seems… exaggerated to say the least.

IO have said quite a few times that the previously released titles of the series are continuing to sell well above their expectations, so clearly people are not viewing the price as a reason to not buy the games.

Therefore IO has no reason to drop prices. Unless they decide to stop liking money.

why would you charge so much for older games?

Previous entries sell above their expectations according to IO’ december 2020 financial statement. Maybe that’s the reason, but yes the games are overpriced.

The funniest thing to me is that it looks like the cheapest and best way to play Hitman 2016’s campaign is to get the free starter pack version of Hitman 2, and buy the “HITMAN GOTY Legacy Pack” for 20 USD. Honestly I think I really lucked out by getting into the series when I did, I had never played any of them until after 3 came out and the Hitman 2 content was 80% off.

It is reverse for me 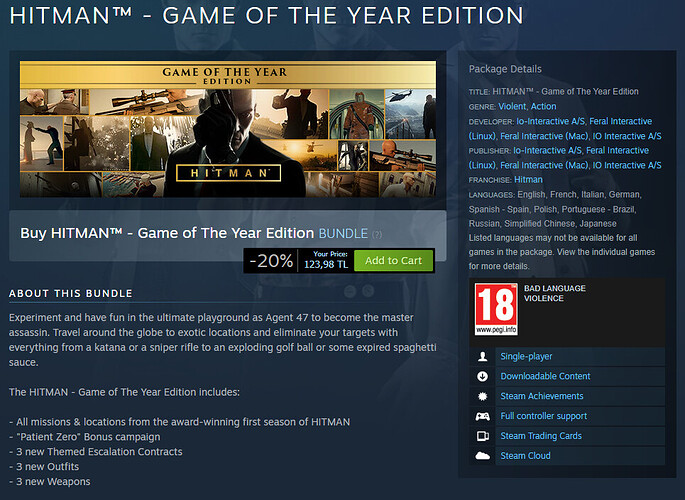 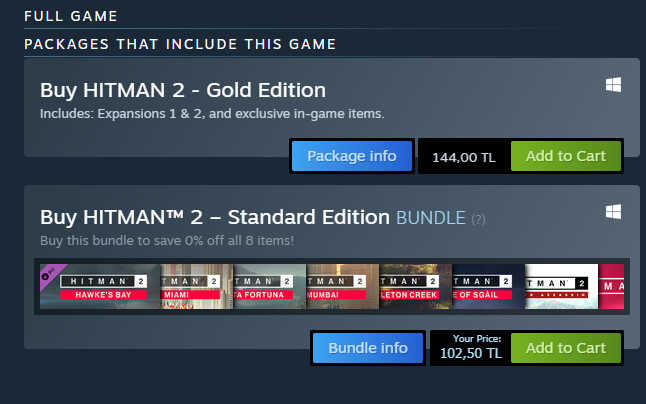 Here is a comparison with a activison game

I don’t play on PC but maybe steam is pissed at IO and wanted to screw them by thwarting anyone from buying hitman 1 & 2 until IO’s epic deal is up.

This is not about Activision and nobody said it would be a crime.

Same here but we’ve missed out on quite alot too.