Hitman 2016 prototype & concepts, the game that never was

Hi there, I was searching on google for some pictures from the Beta and came across this website of an Ex IOI employer.

You can have a look at his portfolio here and also some very interesting concepts of what Hitman 2016 could had been. https://memoryswap.wordpress.com/gallery-3-concepts/

Apparently they had the intention to keep the Absolution look but what impresses me the most it the look of Diana. Beautiful I must say.

Then there is the inventory. I can understand it’s just a concept, but the idea of it and how things were shown had something cool in it.
And as you can see there were real weapons in it and not invented purple ones.

The targets were dope and the shadow clients was meant to be a woman I think.
And 47 had to ride a motorcycle in Marrakesh. But just concepts and in the descriptions it says Cario. 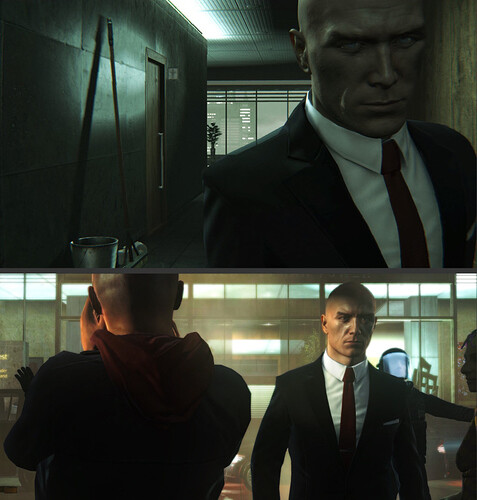 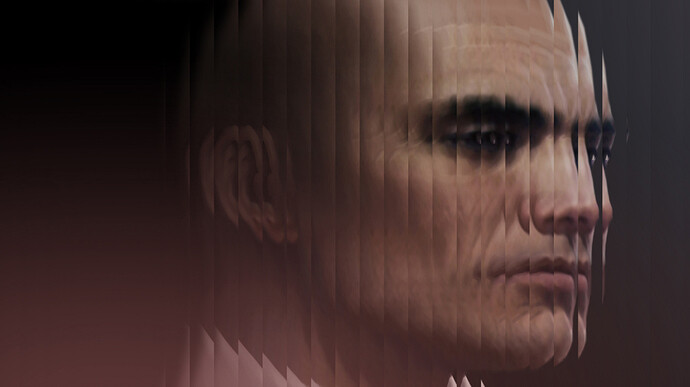 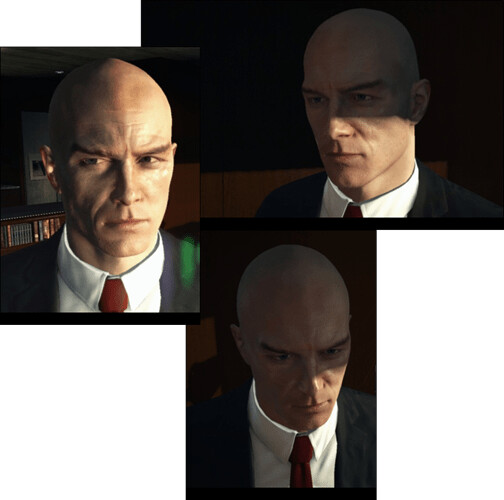 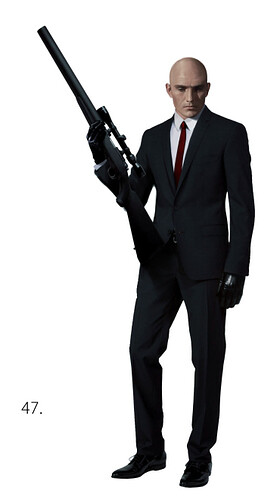 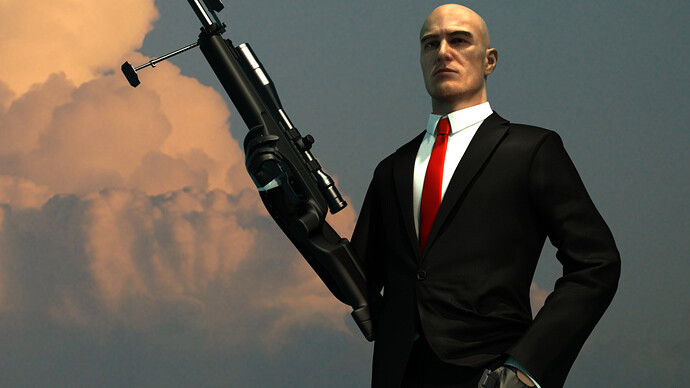 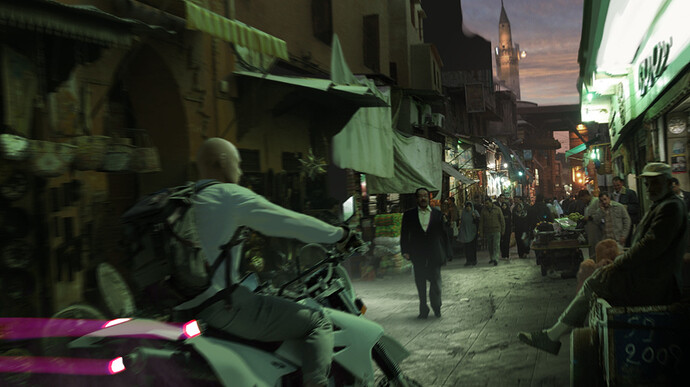 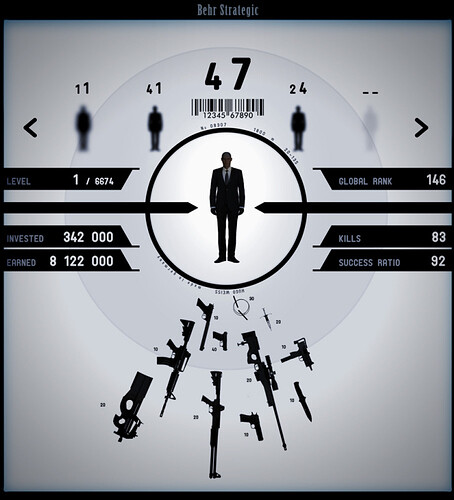 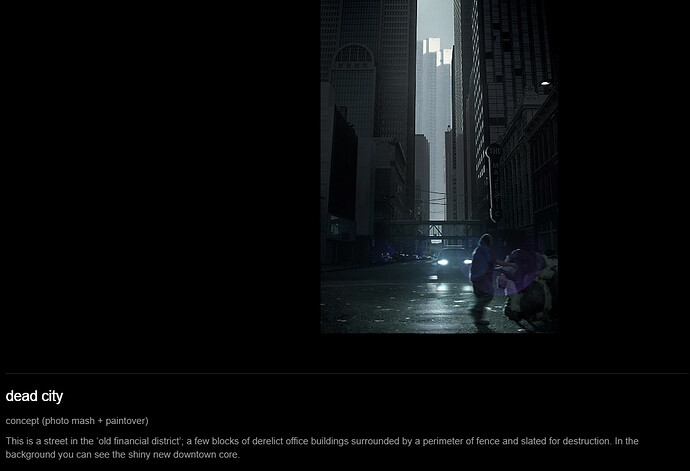 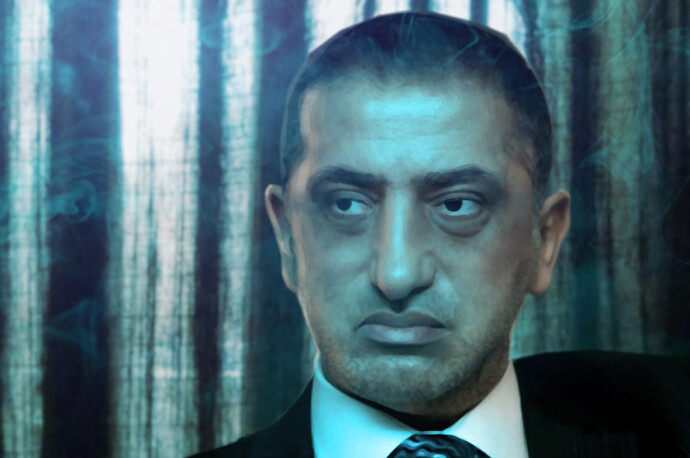 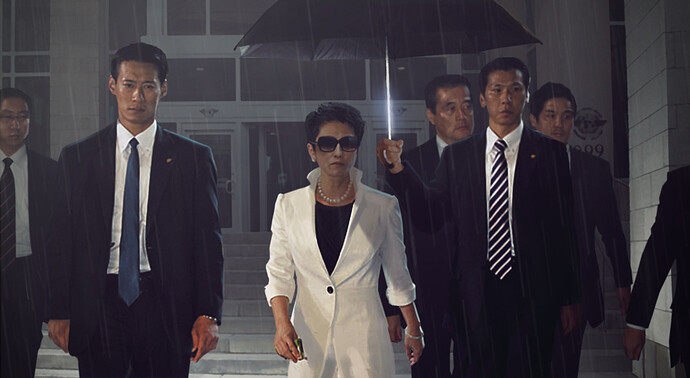 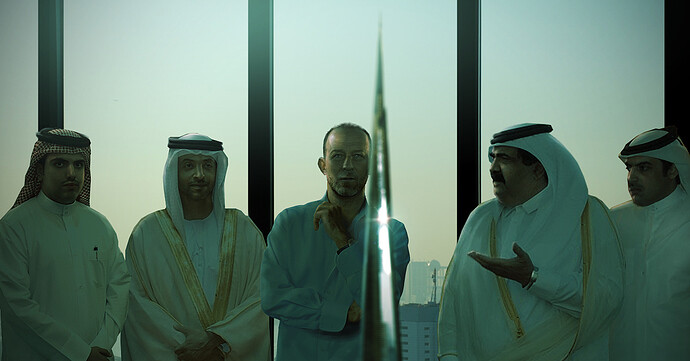 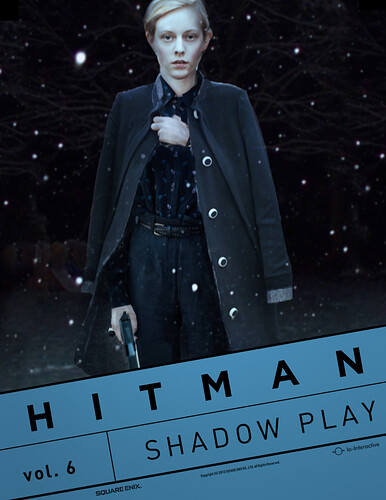 And the beautiful Diana. Seems she used to smoke. (note from cake: it’s not Diana, seems like it was a new character named Sybille) 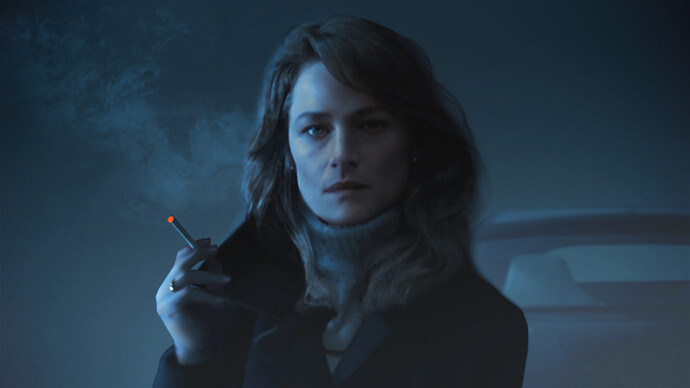 I still wonder how did they think it was acceptable to show us this in the first E3 trialer and not the wonderful model from the concept they had in mind.
And the model was even done, or how the album in the website says “Screenshots and Renders” 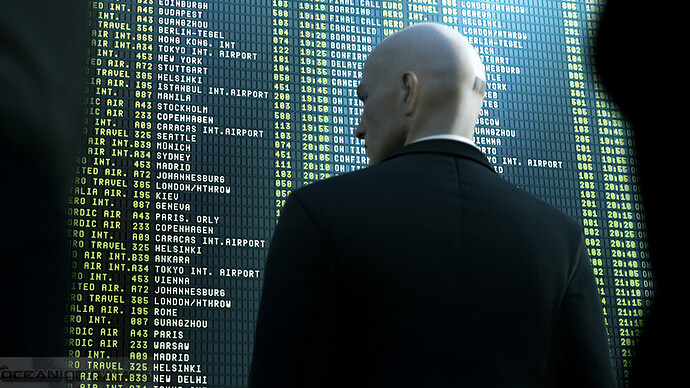 This was the first promotional picture for Hitman 2016. So this is actually from the game that was. (Yes there is no airport level but it was never their intention to suggest that, I assume)

I always liked that “Marrakesh” motorcycle “escape” art. So glad to read in the gameinformer 47 enters rhe dartmoore map on a motorcycle. Nice… I know you can’t ride it your self, but I like little touches like this…

Cool to see Dubai in there. Hehe…

PS anyone got that motorcycle pic in bigger rez? Tnx…

Just wanted to post this (even tho it’s not exactly what this thread is about, but don’t care to make a new thread for concept art) since it’s incredibly hard to find on Google:

a new thread for concept art

At first I thought this is a concept art of Hakan Abrak’s mansion with helipad, then I realized it’s just GAMA facility.

Here’s a beta concept of the hotel. We were originally supposed to have a huge lawn. 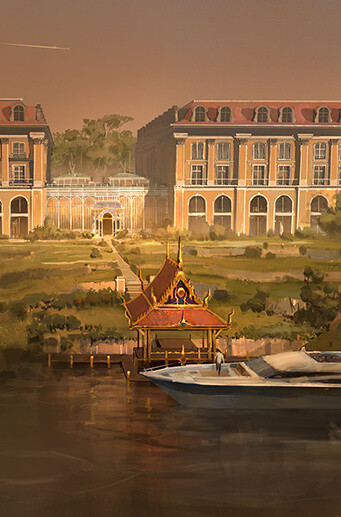 Some dude leaked this or found it in the files back in 2016. There was an image of Colorado with the silo (The silo was removed but you can see it in the final cutscene).

Idk if anyone saved the other two images. I didn’t unfortunately and stumbled across this in the archives. I’m pretty happy I found this picture considering I can’t find the other two. 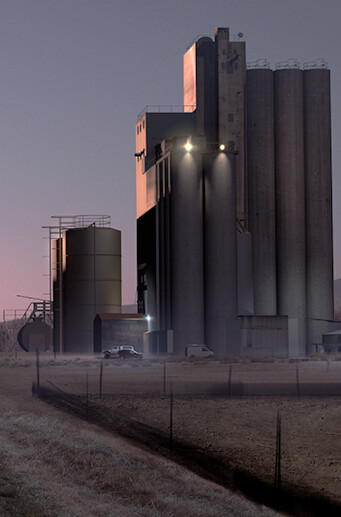 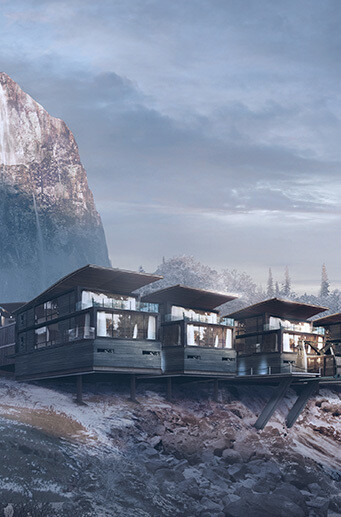 The Renders of 47 I don’t know how I feel about them. It’s so far from what we’ve known him as he looks like a generic action hero at best.

As for a female shadow client that would of been interesting. 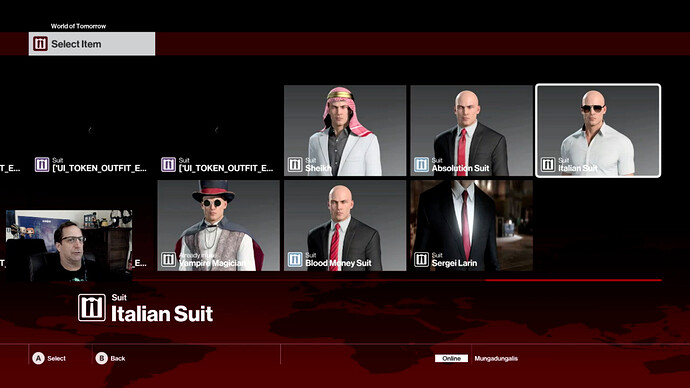 There was a Sergei Larin Suit which someone encountered when the game bugged out.

Spoiler warning as this reveals some big unannounced/unreleased games. 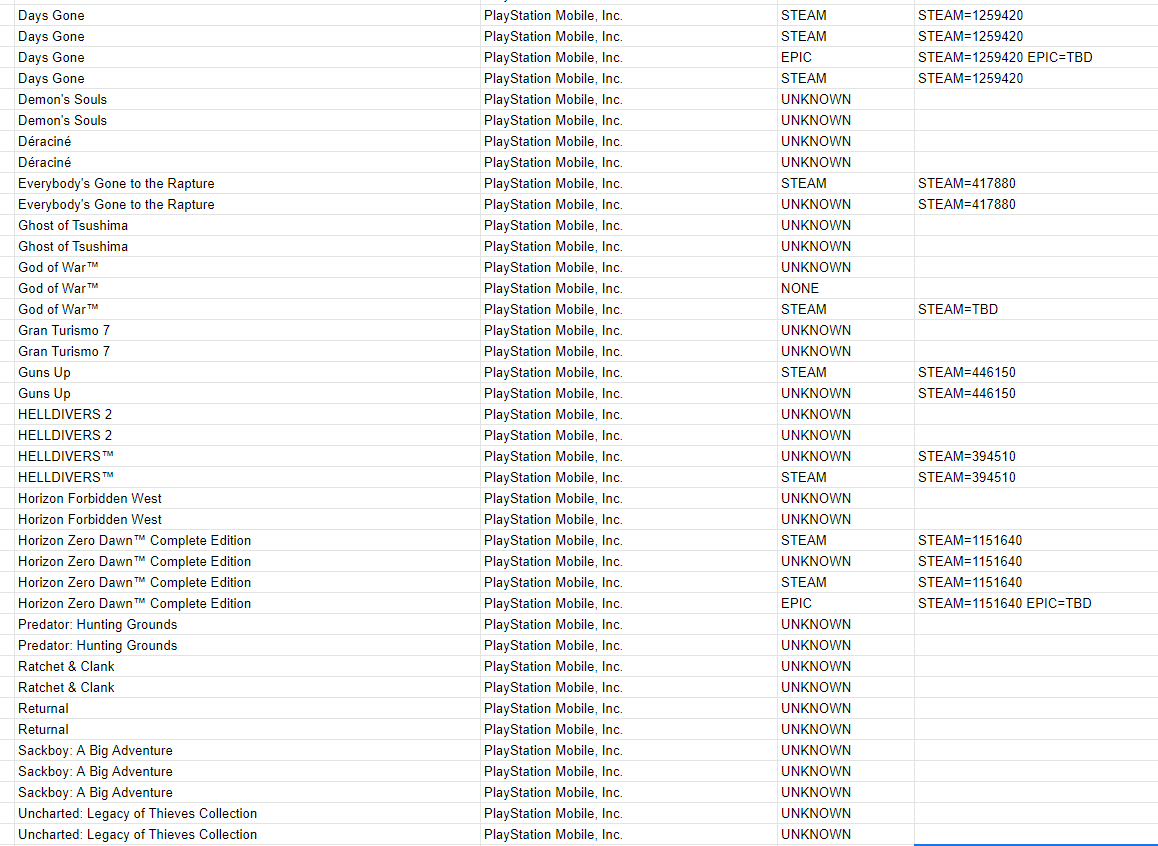 We know the previous name of Season One was considered to be something like Professional, so that is a little interesting.

IO uses Hitman Pro to refer to Hitman Project (I assume), it’s a generic code name they use. I had seen this with Hitman 2016 on Linux, the executable was named HitmanPro. It’s also in the game files [assembly:/_pro/…]

It’s a very generic term. I think they use that to prepare Hitman 3 steam version on GFN. But it’s maybe something else too.

We now have a confirmation Hitman Pro stands for something 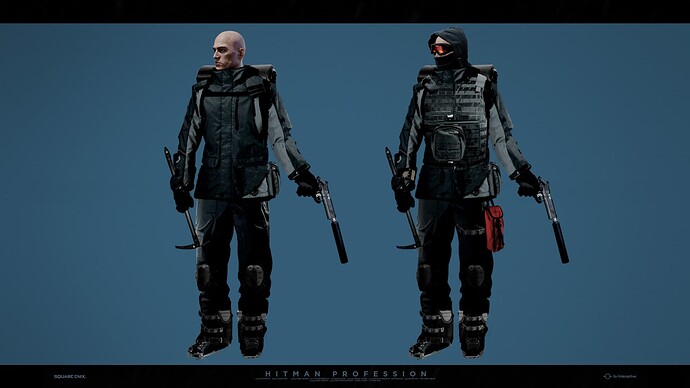 There are some amazing concepts on here with a bit of description
https://www.artstation.com/artwork/G88xQV

This picture reminds me a lot of Hokkaido.

In 2012, (TEN YEARS AGO!!!) before what was to become HITMAN (2016) was a thing, there was something else. An early prototype, which had a whole story, art direction, and vibe of its own. It was more cinematic and story focused than what the future trilogy was to become. Not better, just different.

The inspiration for this one is the “Inception” film from Nolan : 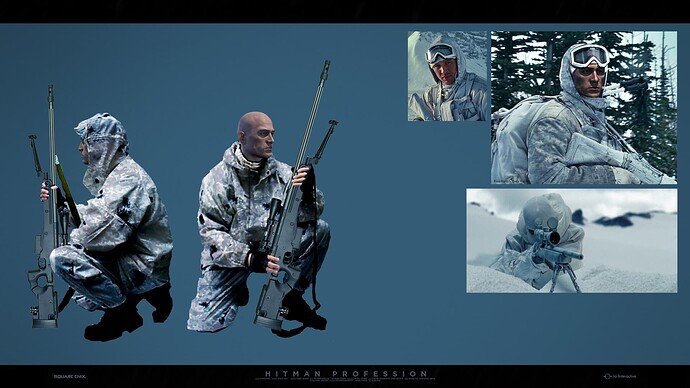 I love everything, this makes me so happy honestly, finally seeing even more concepts

This gives me some Hidden Valley and At The Gates vibes which I don’t mind since I like the idea of those missions but not the execution and I don’t think IO could have pulled it of just fine. 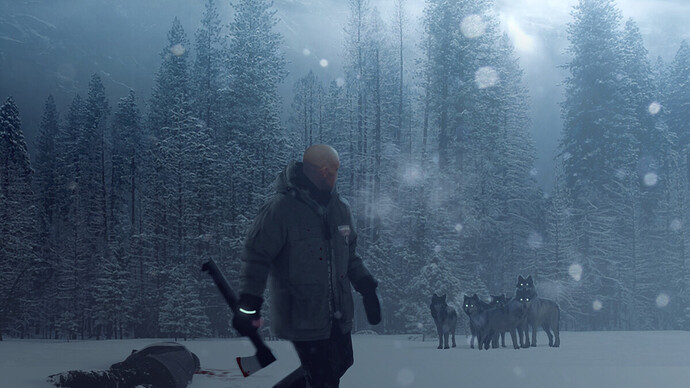 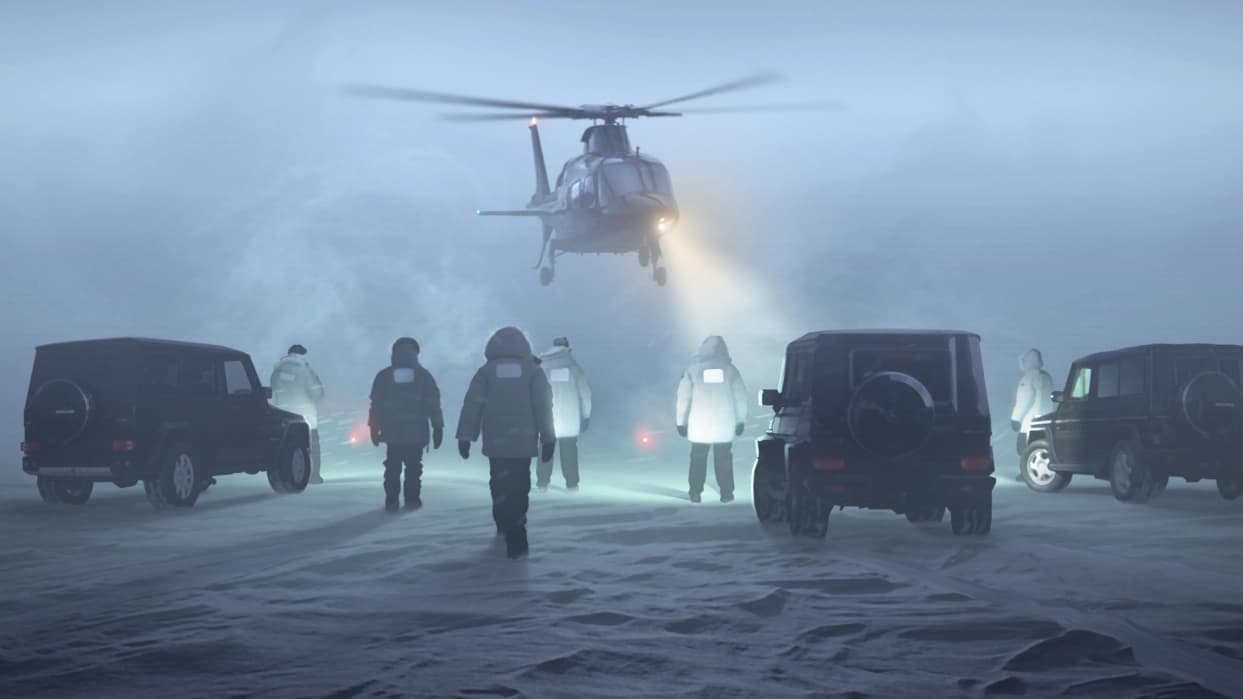 Yeah! which is great

Ah ok, so IO had this concept for a massive snowy mission which they ended up dropping, but apparently left in all the suits they designed for it