Dear IO Interactive we want a bonus mission at the airport as a conclusion through the Hitman WOA Trilogy !As in the release official.video of Hitman 3 you.can make such a Good Airport Level ?When this will happen ?Can you make it for the future after the 7 Deadly sins DLC !

Most likely there will be no new locations for HITMAN 3 according to executive produser of HITMAN 3 – Forest Swartout Large:

TG: What about DLC like the bank and the island?
FSL: We are definitely going to be doing some DLC, but we haven’t defined what that is. I think for now we are not looking at new maps like the bank and the island. We’re more looking at using existing locations and reimagining them, twisting them. And this time around, we can use the whole trilogy. We can look back at Hitman 2016 maps, Hitman 2 maps - we have all the locations. 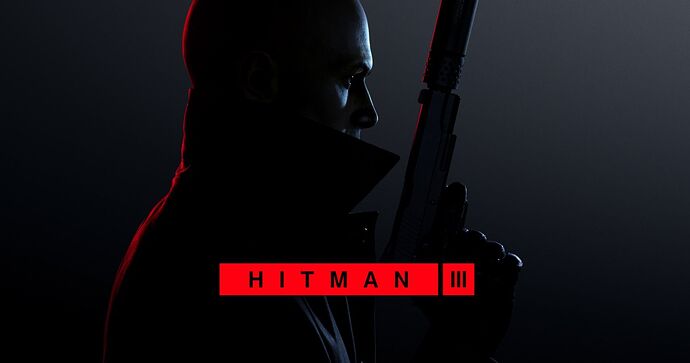 Hitman 3 Interview - The DNA Of An IO Interactive Game And What It Means For...

The latest Hitman trilogy has wrapped up and we're here to unwrap it with IO Interactive.

There will most likely be only side missions like in Hitman 1. I’m guessing you’ve finished Hitman 3, so i can safely say this next thing: With the Constant being the last target, I can’t imagine a new location. Maybe the last heralds?

Dear IO Interactive we want a bonus mission at the airport as a conclusion through the Hitman WOA Trilogy !

When did we vote on this?

In terms of a conclusion it seems rather pointless, since the WOA trilogy already had it’s narrative conclusion with Carpathian Mountains, having a random mission as a conclusion set inside an airport that has no built up after story is already wrapped up makes little sense. What else is there for 47 to do? Diana and 47 already dismantled Providence and exposed the I.C.A. The story of WOA trilogy is done. Then there is another fact that IO already stated that unlike H2 It won’t receive extra missions, since they are done telling their story.

you.can make such a Good Airport Level ?When this will happen ?

Within this trilogy? never. It won’t happen. It might happen down the line in another Hitman game or 007 game. However within this context, it won’t.

Escalations is all you can count on

To be honest we don’t know if anything will come after the ‘Seven Deadly Sins’ DLC yet. Would be cool if we get some bonus missions but we’re going to have to wait and see.

we want a bonus mission at the airport

Aside from the things, the others already said, what you referring to is not a Bonus Mission, but a New Location. A Bonus Mission is something like Landslide or A House built on Sand, using a existing Location and having a new Mission take place there.

To be honest we don’t know if anything will come after the ‘Seven Deadly Sins’ DLC yet.

Well, we know that IOI is planning “some stuff” for 2022, according to Travis in the last stream. The big thing is obviously the Steam release, but time will tell if there’s anything else that’s planned for in the new year.

In an interview after the release of Hitman 3 they already mentioned that they “may” make an airport level.but now they are focused on deciding of existing mission ,so let’s see and wait but I really hope that they will do it because this will make WOA Trilogy look different and finished what they began and also we already had cutscenes of airport in the official launch video !

Can you remember where you read that please? Wouldn’t mind checking that out.

Yes,I am providing the link with the material where it is mentioned about creating an E3 Level which all of us are expecting,also mentioning a possible airport level which fans are waiting it many years .So you can check and see .
I still hope we will have soon a new bonus missions on existing locations and a bonus mission with a new level or E3 Level.We are not accepting the DLC 7 Deadly Sins as a normal DLC Like the bank and island …
Hitman 3 Developer Interview: Mattias Engström | Screen Rant