Dear io could you please change or give the option choose another song for the menu in hitman 3. The new song for the menu is not bad but it doesn’t work for a menu song, it is very off putting having to listen the same loud notes every time you are on the menu, the hitman (2016) and hitman 2 (2018) this wasn’t a problem since those songs weren’t as exaggerated as the one in hitman 3. So please give the option to change it or at least mute it. Am i the only one with this problem? If not share your thoughts.

it is very off putting

I mean it’s meant to be off putting due to the games “Darker” themes.

yes, but what i ment is that is annoying to have to listen the same thing over and over again

Then that’s a personal grievance on your part if it annoys you. IO isn’t gonna change something given it doesn’t affect the core game. The main menu theme represents the tone of the game and it’s identity as a entry.

Its nice but I agree its on and off tune very noisy LOL
Hitman 2016 was the best good vibes
I would like to change Chongqing music in yuzhong street very annoying and i would like they put some chinese sound.

I know but i wanted to put it out there, a man can dream 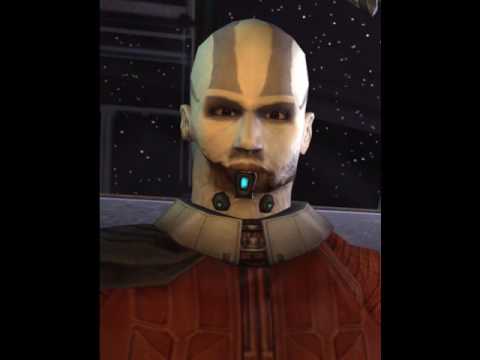 sound very similar to the main menu music for Star Wars: Knights of the Old Republic ?

Sounds very similar and hear me out you might call me crazy, but it sounds like any other Star Wars song

and I’m saying it as a fan of the series.

I have my issues with the H3 menu music as well, mainly that it gets rather intrusive/annoying in its final stage (until then it´s ok). I´m hoping that if the trilogy gets repackaged as a single game in the future, they´ll add in some kind of loop of all the three main tracks, or an option to choose which one you want playing.

In the meantime, it´s probably worth keeping an eye on the mods. H2 eventually got one with the H1 menu music and original red background screen, so I think the modders might create something similar for H3…

Nah, it’s my favourite menu theme in this trilogy.

I love it. We’re finally comfortably out of the spy-thriller world with something more orchestral.

Not a big fan of the new theme myself. I tend to mute my tv when im sitting too long on the main menu. I didnt do that with the other two games. But what can you do. I guess you like some and you dislike some.

I actually like it quite much. The choir is amazing and a brave step for a menu theme. I think I turned off all music in H2 quite quickly but so far it is on in H3. Let’s see in a year if I still like it or if I use a H2016 theme mod.

If you’re bothered by it, just turn the music volume down in the settings.

It was epic the first few times but it’s grown to be too much for me too, I experience a rollercoaster of emotions every time I open up the game

IOI could have as an escalation / feature contract unlock which provides the option of choosing your own menu music from Hitman 2016, Hitman 2 or Hitman III.

Great song, but I agree with the OP that it’s a little too dramatic for menu music that will sit on loop for awhile. And this is coming from someone who absolutely loves Hitman: Contracts menu music.

Out of the WoA trilogy, Hitman (2016)'s menu music is by far my favorite. I don’t know how, but to me it most embodies the whole assassin galavanting across the world tone of the trilogy.

That said, the music that plays on loop after watching an ET briefing is pretty cool too.

yes, but what i ment is that is annoying to have to listen the same thing over and over again

Hitman Contracts had the same menu theme and so did Silent Assassin? It’s only Blood Money that really alternated the main menu themes.

I personally love the main menu theme for Hitman 3 as it brings back the classic dark tones of the franchise.