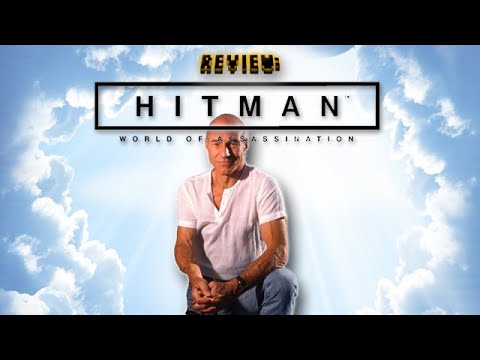 Before you think i’m just blindly hating on this game, please don’t. I don’t hate the modern Hitman titles, i just don’t like them much either. This review was written with constructive criticism in mind.

WOA was never exactly my cup of tea BUT i won’t deny it had the best gameplay of the whole series, and level design was fantastic too.
Now, like i said, i’m not a fan of H6. Quite a few things that i loved about Hitman were either missing or changed for worse. The only time i was genuinely interested and excited for Hitman 6 was back in 2015 when i first saw the snowy trailer and when the first beta came out. That was before i had realized IOI’s thematic design for WOA yet. Whenever i play Hitman 6 it’s mostly a chore of completing challenges while being mostly bored, and occasionally enjoying it.

For me WOA is mostly just about collecting shit, challenges in this case, and not about coming up with new methods (and improving my time) to kill targets. I have no inner motivation to kill the targets and take my time doing it. The very dull 007-esque tone and unappealing music (i rather play without WOA’s soundtrack, which makes it even more dull) puts me off and feels very non-Hitman. All that seems to make sense in this one is to collect all the challenges as fast as i can without any regard for stealth or score. It’s boring, it’s very non-Hitman like and it makes me press alt+F4 within 45 minutes of playing.

Interestingly WOA marked the first time i was consistently uninterested in Hitman, i say consistently due to its episodic nature (despite the idiotic reboot naming trend, H1, H2 and so on). I won’t go into detail with this brief ‘‘review’’ but objectively speaking H6 also improved on a lot of things, mechanically, and also design-wise.
My dislike of the game was always due to purely subjective reasons, or so i thought.

Then later on this year i realized that my main gripe with the game wasn’t the atmosphere and dull tone after all. It’s something i hadn’t thought on a conscious level before yet it bothered me. And that is, the LACK of challenge and suspense in stealth. This is due to the modern trend of stealth games having all these ridiculously overpowered mechanics, X-ray vision in this case. Now, i love the stealth genre mostly due to the atmosphere of tension and danger. This suspension and sense of danger is severely lacking in Hitman 6.

Due to footsteps being completely silent even at full sprint (yes and 47 being able to see people through walls at a great distance infinitely, i find myself feeling very bored and unchallenged 24/7 whilst playing. Yes, i know, there’s the master difficulty which enables audible footsteps and you can turn off instinct in the options. But the problem is that since ‘‘very easy mode’’ and the ridiculously OP mechanics are the norm in modern video games, games are often designed around those mechanics. WOA was primarily designed with accessibility and the ridiculously easy default mode in mind.

Even if i DO disable all the assisting features, i’d still be thinking ’'WHY am i deliberately making this game artificially harder for me, sort of a like a fake hard mode. Especially when the game is more about collecting challenges rather than eliminating targets, and collecting is more about pragmatism and speed rather than immersion and fun as it is with contract killing for me ‘’.

WOA was a good game for most but it wasn’t for me. The dull, unappealing atmosphere (before someone says it, no, i’m not asking nor wishing for a dark atmosphere specifically, many kinds would do), the off-putting, excessively heroic and UNFITTING music, and the boring, unvaried voice acting (except for 47) killed my interest in the game.

Objectively it’s a good game, a great game, but it never felt anything like Hitman to me. Yet, sadly, now modern gamers are associating Hitman with only Hitman 6/WOA and how it depicts the series.

In other words, i’m glad WOA is finally over and IOI’s doing something else. With all this said, i must end this review by stating that Hitman WOA is and always has been a polished, quality product.

Your review left me some questions.

Quite a few things that i loved about Hitman were either missing or changed for worse.

What are the things you loved in the older games that are not present or weakened in the recent games? Your review is generally hard to relate to without this question being answered.

For me WOA is mostly just about collecting shit , challenges in this case, and not about coming up with new methods (and improving my time) to kill targets. I have no inner motivation to kill the targets and take my time doing it.

Many people take their time and come up with new methods purely by their inner motivation. Yet you feel the other way, then why did you feel that way?

WOA was primarily designed with accessibility and the ridiculously easy default mode in mind.

Again, what made you think that?

’'WHY am i deliberately making this game artificially harder for me, sort of a like a fake hard mode.

So you feel something wrong with customizing your experience? Do you have any reason?

I suspect some mod here is gonna cry about me exercising freedom of speech, and then delete this post, so i’m gonna screenshot and save my review because i put in effort and time writing all of this so i don’t want this all going to waste. In my opinion i expressed myself in a mature, constructive manner whilst still acknowledging my points were mostly subjective and that the game is technically a quality product.

If you wanted to seem mature and constructive, don’t you think you should have thought again before you write…that?

Honestly, you sound awfully pretentious and elitist with your complaints about the difficulty, which you yourself mention you can alter easily. Not all of us are master Hitman players. Not to mention you daring the mods to delete you.

And if you don’t want to chase challenges, then don’t. Nothing is stopping you from experimenting in a level.

I personally like the soundtrack for the games, but I can understand why you don’t.

I appreciate that you’re not blindly hating, you never actually expand on this game’s pros outside of one sentence.

I don’t think I have ever read a “review” that takes every single side of the Objective-Subjective Dichotomy at the same time. It is really impressive, matched only by your dedication to bold inflation (which isn’t as effective at highlighting your points as you think it is.

The review I wrote for The Elite Institute isn’t new, but I wasn’t a member of the forum then so didn’t share.

Today, the review was updated to reflect the first major additions to Hitman 3 (ET Arcade and Ambrose Island), so seems like a good time to share it here! 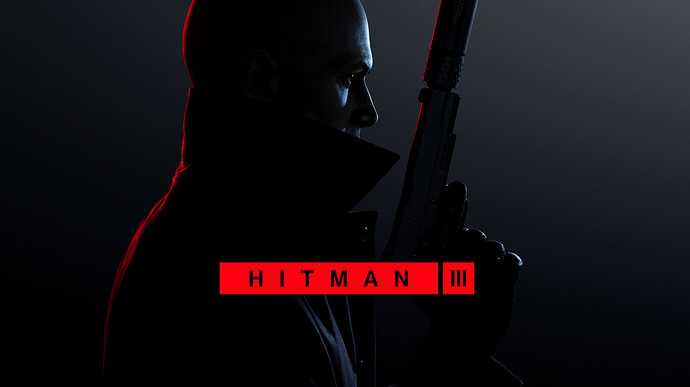