As we all saw in the Hitman 3 secret ending , when 47 is about to kill the Constant using the serum syringe in his hand but instead injects himself with it and falls unconscious. When he wakes up, he finds himself in a padded room akin to the beginning of Codename 47.
So are u guys also thinking what Im thinking?
I mean will IO finally give us what we all wanted?
Will IO remaster the first 4 games of Hitman using Glacier Engine.?

Will IO remake the previous games in a new engine? Who knows

But the ending was definitely just a fun callback, and it would be safe to assume not the canon ending either. The two really have no bearing on one another, I wouldn’t infer IO making an expensive remake just because a fun ending exists. Plus IO is focusing on 007 in the future

Wait 10 years for the Codename Historia book where we find this is the origin of the split timeline.

I also had the same idea. They putted effort to make than room dedicating time and perfection for what? Just an Easter egg?
The idea came in mind that perhaps they are trying to say something and if it’s not the whole C47 remake then probably just reinvented DLC missions from that time.

What does @MrOchoa has to say about this?

I know it’s weird but, artistically, I actually preferred the secret ending to the real one!

I think it fits the gritty style of the old games to have 47 accept what he was made to be, like at the end of Silent Assassin, and return to the fray. But I’m sure that wouldn’t be a very satisfying ending for the fans who want a good vs. evil ending

It would be cool to come full circle though! And Diana has to help 47 in the same way that Agent Smith did in the asylum.

EDIT: Diana could be this mysterious woman that 47 doesn’t know but the audience does (from playing the previous games). But so the player isn’t bored by knowing everything, the world has changed and the nature of Providence has changed along with it, and we have to investigate that through hits, almost like 47 has been in a coma

i dont think they are going to do anything of this, but i still hope and pray for an HD Remaster on Consoles.

i don’t want a full blown Glacier 2 Remake of Codename 47 don’t get me wrong, I’d be the first to buy it because i fear it couldn’t do the original Justice.

I honestly find it extremely unlikely for IOI to remaster old games with Glacier Engine.
I think IOI prefer to go forward with the series instead of going back.
The only exception was Contracts because IOI didn’t wanted to make us wait too long for Blood Money so they made a “side game” in the meantime.
Of course since after HITMAN III we’re gonna probably wait 5-10 years for next game, I think there is a chance for a side project.
I honestly woudn’t mind something like “Legacy Season” with one mission per old game starting with Codename 47 and ending with Blood Money or even Absolution.
Yet again I don’t expect that to happen because of IOI confirming Bonus Missions for existing maps coming so they’re gonna be the ones to keep us busy in the meantime.

The secret ending is more of an Easter egg, then a tease of what we can expect. That said I would love to revisit old locations once again, seeing some of them re-imagined inside Glacier 2. Sadly I don’t think this is the case, it’s more likely we will see classic levels in form of Escalations like we did with Chongqing.

The secret ending is more of an Easter egg, then a tease of what we can expect.

That said I would love to revisit old locations once again, seeing some of them re-imagined inside Glacier 2.

Finally do Justice to Say Hello to my little Friend, IO. Pablo is like the Ringo of the 5 Fathers, overlooked and under appreciated.

As much as I like it, I would have heavily disliked it as canonical ending. It would single-handedly have destroyed every single important character development of 47 character and actions. Him killing Ort-Meyer would be meaningless, him coming to terms with what he is at the end of SA would be meaningless. It’s a fun nod towards C47 and a what if, but it would have been the biggest crime to his character since the BM portrayal if it was the true ending.

Plus IO is focusing on 007 in the future

There are a lot of companies that do the remasters for others. So IO wouldn’t have to spend time on it. But yes: It’s not that cheap. They probably don’t want to spend a lot of money on something they can’t expect to be a huge success. It’s pure nostalgia and I don’t think a lot of people would buy the old games as remasters.
Here’s an interesting article about remasters: 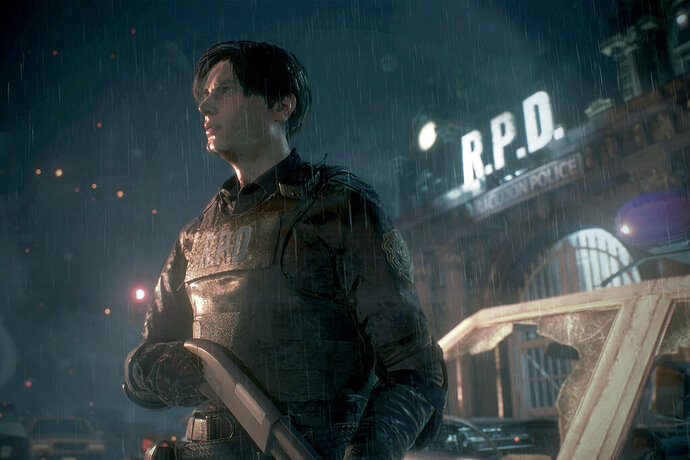 Like Old Hollywood Movies, Video Games Get a Polish for New Audiences

Game publishers are digging through their vaults to remake or remaster popular titles in a bid to kindle players’ nostalgia.

I liked this ending better too! It was pretty creepy to hear Edwards calling 47 “my friend” like that.

Nonetheless, I think a remaster* from classics currently sounds slightly more likely than the formula of the WoA trilogy making a comeback or a much different formula for the next Hitman project.

I liked this ending better too! It was pretty creepy to hear Edwards calling 47 “my friend” like that.

It was, wasn’t it! It made me realize that one thing that would be really unsettling is if 47 woke up and Edwards was the only person he knew, and he was friendly and almost personal. That would be so unnerving coming from that character, and he’d probably teach 47 his version of events, and indoctrinate him. Until Diana turns up and tries to undo the brainwashing, and Edwards acts like he’s been betrayed “I was here for you, when no others were. I was your friend, when no others wanted to you. I gave you a purpose.”

Seriously, why does everyone want the old games/levels remade in Glacier? So many of the new levels are heavily inspired by old levels, but soooo much better. You’d just be getting a worse version of what you already have for the most part. Like Whittleton Creek is a better take on A New Life, A Vintage Year comes back in Santa Fortuna and Mendoza in different ways (plus SF is a return to Columbia that’s a hell of a lot better than those abysmal C47 missions). Lee Hong’s already been referenced in a Chonqing escalation (and that level really does look like an updated take on the aesthetic of the HK remakes in Contracts). Hokkaido is a bit like an updated Flatline. Dartmoor is an updated Beldingford Manor. Bangkok does the Traditions of the Trade hotel thing.

Pretty much every one of these levels is way more fleshed out than the older game concept they’re building on. What would a literal remake do beyond behind provide more of the same but worse? It’s all nostalgia glasses as far as I can tell. The only exception would be if they tackled levels they haven’t touched, like the Louisiana levels from BM - but those are hardly the highlight of that game, though they are good fun.

Anyway, is it clear where the WOA trilogy comes in the canon of the series? I thought it was kind of in its own timeline.

Wait, you actually LIKED the C47 Columbia missions? I thought everyone agreed those were the worst part of that game.

Wait, you actually LIKED the C47 Columbia missions? I thought everyone agreed those were the worst part of that game.

you can call me MrOchoa. I like Codename 47 and wont ever shut the fuck up about it.

His nickname is Ochoa, Columbia’s target. Why are you asking?

Yeah i unironically like those Missions. The Jungle God is probably the weakest mission in Codename 47 and i think it should have been packed into Finding the U’wa Tribe, but its like 30 Seconds long so its no hassle.

I especially like Say Hello to my little Friend, good Setting, great atmosphere, cool Target, good Objectives and terrific Music, whats not to love about it?

Stuff like Whittleton Creek is the kind of “remake” you can expect I think, there’s no real reason or need to actually remake the older games. Homages within new games work out for everyone.

Also I don’t think we’ll get an all new Hitman for quite a while now.