Just something else I noticed. If you knock out Hendrick Schmutz in House of Cards, steal his clothes and get a guard to notice him, he won’t attempt to wake up Schmutz, he’ll just bodybag him and take him to the security room. All whilst Schmutz is still alive. Perhaps the game doesn’t know what to do if Schmutz is alive but derobed.

I have nowhere else to put this.

PlayStation 2 demos from the PlayStation Underground Magazine, notably including the Jampack namesake.

Just putting this here, if anyone is interested. First found this after looking at some old posts by Notex on discord.

This is a very nice find, thanks. I’ll try to document the findings in this demo version in a video maybe sometime next week, or if more stuff gets found I’ll just make a video on all blood money unsolved mysteries and cut content. I’ll also include some unused voice lines that I didn’t put on here, because they just hint to the removal of minor features.

Woaw, that’s quite interesting, and old

@Ingvar So do you have anything more about that demo btw? Can it be launched?

I can’t say I do, haven’t looked at it since yesterday. It should launch perfectly fine if you have an emulator or a modded PS2 memory card. I haven’t tried (yet, anyway)

edit: I do have something new actually, but it’s not super interesting. It’s just a string that shows what build of the game it is specifically: blood-build3-20060124-22440

Good to know, I may try myself, what files do I need to download specifically? I saw there was a zip and a .iso of that volume 14

Oh great. I’m hoping it’s just because of the Internet Archive’s current power outage, but I can view other software perfectly fine

. I still have the files if it really was taken down.

You only need to download the JamPack volume 14 7Z file and extract the disc file.

Also, Blood Money build documentation below for those interested.

It was the same for me when I just downloaded the disc file alone. Downloading the Volume 14 zip fixes that.

The outage is still going 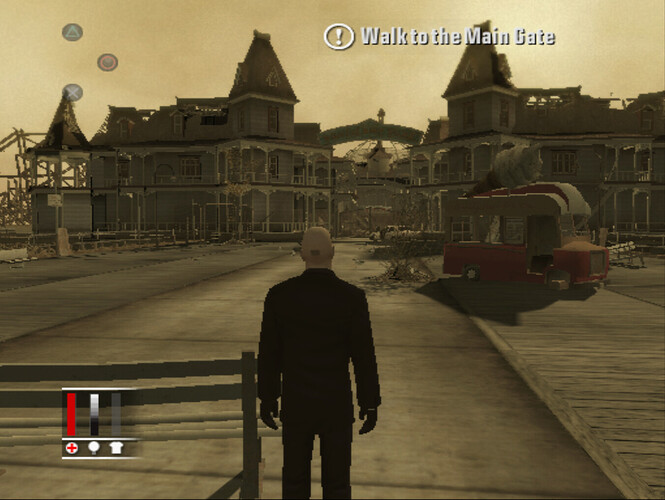 @Ingvar @HSRGV
A Dance With The Devil has a cut phone call with eve, the terrible singer with parchezzi on the phone when she wanders to her office. there are no audible lines from who she is talking to, but her cut line goes as follows - “Yeah, it’s Angel. No, no sign of him yet. you’d better pay up big time for this, and by the way, the singing costs extra!”

That phone call with eve isn’t cut lol. You can hear it when she goes into the room with the computer and makes a call. The flatline line is cut content however, and I can see why it was removed, as it just seems unnecessary dialogue for 47.

Oh, lol. It has been a long time since I explored Hitman games, so it is hard to tell what is still in the game and isn’t haha. Instead of exploring the game, I explore the code

Was there any moment in BM, where turning off the lights made enemies not see you, aside from the tutorial?

Eve’s line is actually a bit different (iirc: Angel here. Haven’t spotted him yet. I’ll contact you when he’s taken care of. Oh, one more thing, the singing’s gonna cost you extra. Big (something).), so maybe this one is a cut alternative version?