Recently, I was looking through the audio files of hitman blood money, which seem to be unused in the final game. These were voice lines from Daniel Morris, in the mission amendment XXV.
I’ll link them here. The voicelines were titled as such

and were located in a folder titled “XHasFLHostage”, which is pretty obvious what it stands for.
These lines depict a scenario where Daniel holds the first lady hostage. Voice lines arent the only clue however, since in the game itself, the first lady cannot detect the dead body of Daniel, meaning that there probably was an event where he gets shot while holding her hostage. Seeing as it’s still in the game, this feature/event was most likely cut pretty late in development. There are also plenty of other unused voicelines which I found that hint to removed things, but that’s for another time. Tell me what you think about this event. Hopefully one day a blood money dev can respond to this, but that’s highly unlikely as none of them work at io anymore.

The unused voice lines seem that at some point it was possible to directly confront Daniel Morris as 47, it would have been interesting. In the final version he doesn’t have much impact or agency in the level itself and the only real “bombastic” confrontation you have is with the underwhelming Albino. Nice catch. Never saw this before.15 years later, hidden things are still uncovered. Unfortunately, we woudln’t get any more data on this removed level.

Can’t be too sure about that. Iirc more stuff was found in the ps2 build regarding the mission.

I watched a PS2 beta build of Hitman Blood Money where you can select all missions available. 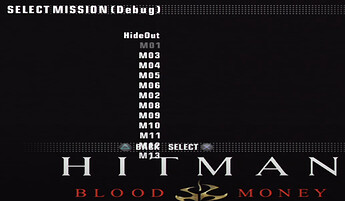 only real “bombastic” confrontation you have is with the underwhelming Albino.

Only the Cherry on top of this Disappointment-Sundae that is Blood Money.

On the topic of scrapped levels if I remember correctly there was another Vegas mission that took place in a strip club called “Vegas Girls” or something like that. Not sure if it ever got past concept phase, or if I’m remembering wrong and no such thing existed.

Iirc there was a Las Vegas Mission planned for Contracts, but it didn’t happen.

In early trailers from the game, I remember seeing a club in Vegas or something like that, that doesn’t appear in the final game. Also, A dance with the devil also takes place in Vegas, so it might be changed to that.

You guys made me look at trailers

besides his face looking different, there’s this 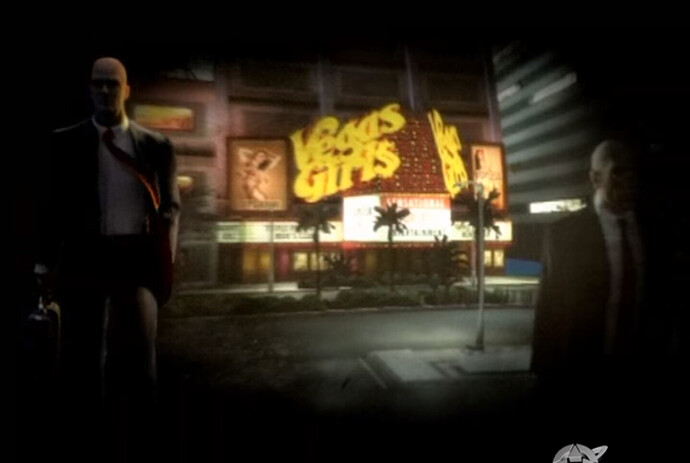 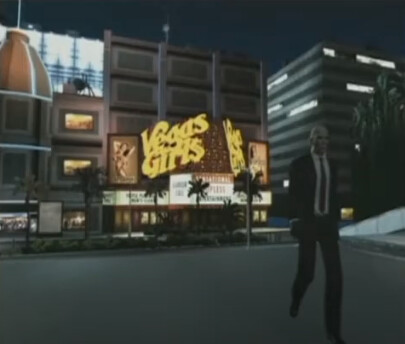