There is no excuse for IO to not have cutscenes without animations anymore!

Modders should team up with you to create funny H2 cutscenes.

Absolutely fucking excellent, im glad i wasted 2gb of vacation data to watch this in spain with no wifi. Its so extremely well made. Chicken pointed out most of the excellent shots. And he himself contributed in a great way.

This is so funny I love it. Excellent work.

the fact that this community is so encouraging with creativity is awesome. from the bottom of my heart, truly, thank you guys for your support.

there were moments where a background would make me want to give up, or something else felt too tedious but remembering how nice you all are helps me keep going in tough spots. i hope you all have a great day 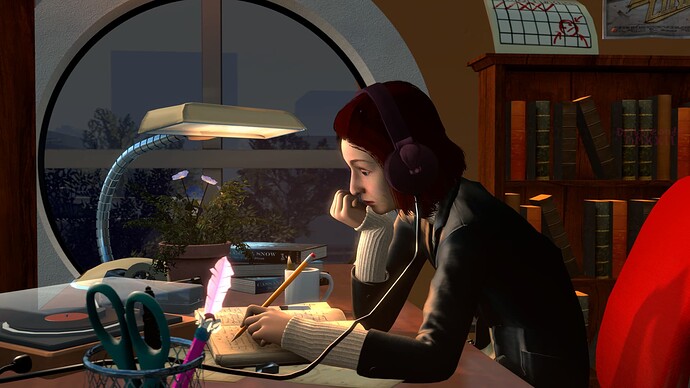 (For the proper viewing experience, play this music while viewing this image). 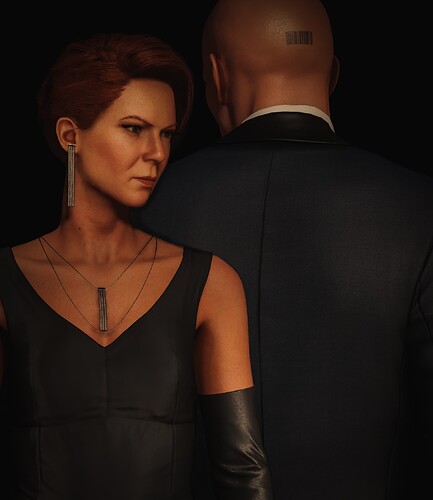 I did another picture of Diana and 47

HIYA!! it’s me. dai. again. here to post my mandatory lucas art i make whenever something interesting happens in the hitman community. this week: ambrose island. 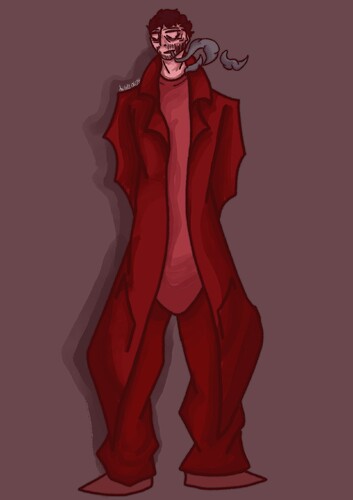 out of context Ambrose Island doodle 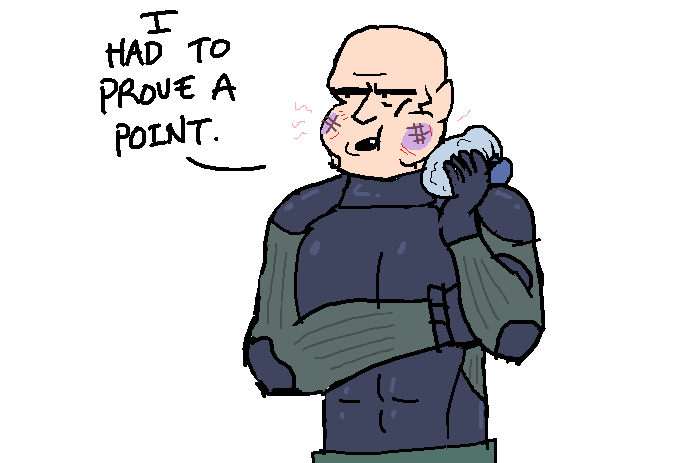 Oops, totally sleept on posting New Models here, even though I really did made quite alot of progress on my Winterbottom Sheet. I even have three new Occupations, though I’ll start with added Models to existing categories. 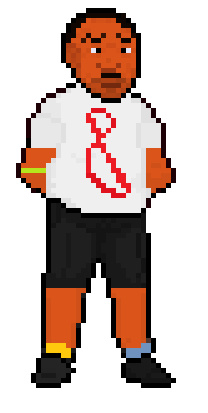 One New Raver. I mostly just made him, since I actually hadn’t used head_arabic_30s_03 (Khan) at all in Winterbottom so far, but wanted to use his Face on another Head later down and it felt kinda weird. 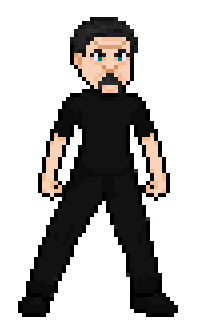 One New Club Bouncer. Having Four Club Bouncers just felt like an odd Number, even if it is even lol. 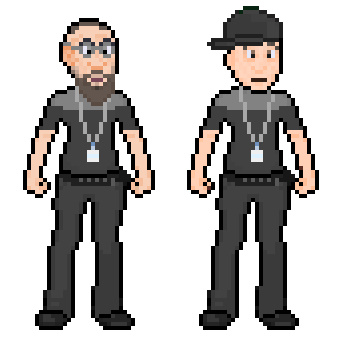 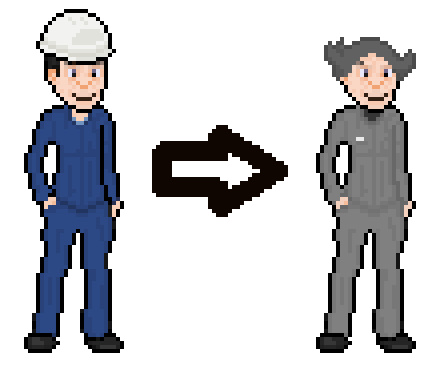 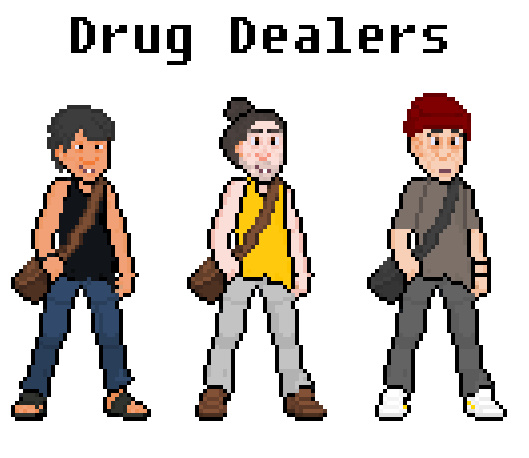 New NPC Group III: Drug Dealers
Honestly not even sure if I’m gonna use this Guys, but I feel like I could come up with something.

That’s it for now, so I do have plans for yet another New Gang, since I won’t use the Lefletcher Gang, because there just too similair to The Chronic and there already are 2 rivaling Gangs in The Orcas and Cheetahs.

Not sure why someone felt the need to flag my Post. It’s not like I’ve always been posting my NPC Models in here.

You know what they say, gotta finish what you start. 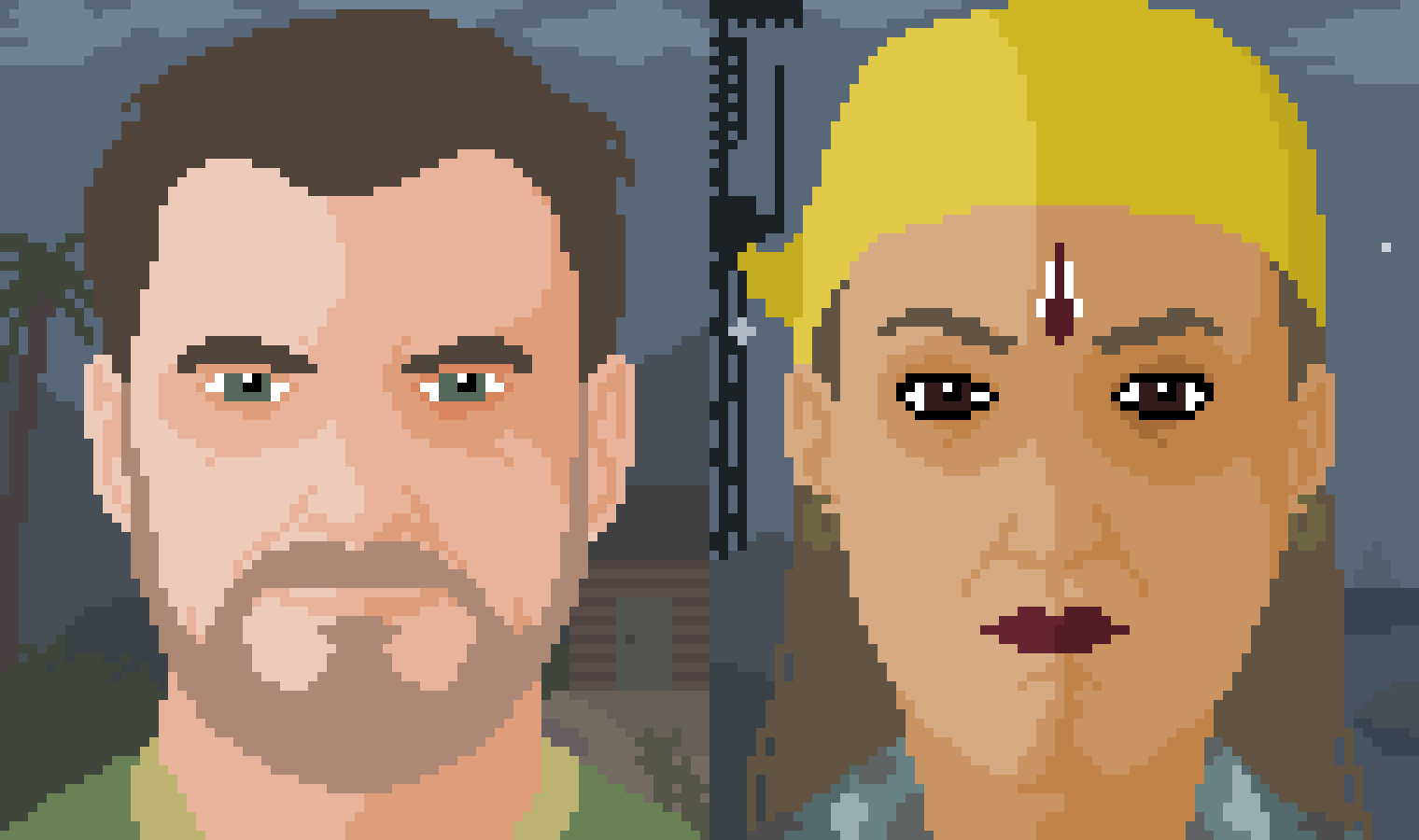 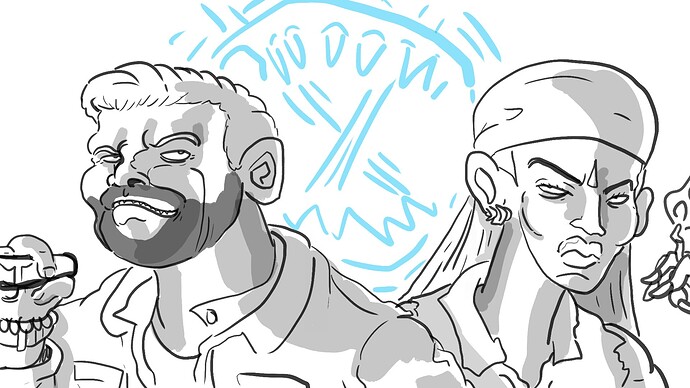 A quick doodle of these two, might make another piece with 'em later, their designs are starting to grow on me. Despite them feeling rather generic when i first saw them

Is this ai generated? 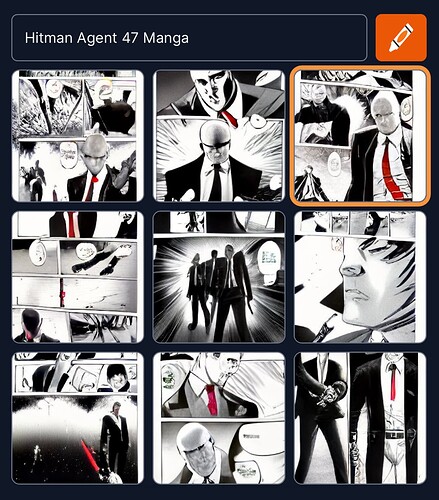 The distorted face and image quality gives it away.

Christ, i wonder why they put it in the "fan art gallery"then

I mean, they did put effort in typing out what they wanted in the A.I image generator and waiting for it to finish.

Been working on Little Thomaswell lately, which is a small Town set a bit before Winterbottom. It’s meant to introduce the Town Concept for which I have been making this Models mainly.

Originally I was going to “reuse” Models from Winterbottom, though it felt a bit too lazy. It did took me quite a long time to get all my Poor Civillains in the Game, so I’ll be a bit sparingly now, when it comes to new Models for WB.

Anyway, since I didn’t wanted a Full Reuse, but also not make a ton of New Models, especially for a small area, I decided to take some Inspiration from Ambrose Island (without the fully reused Models, I see you IO ;)) and edit WB’s Poor Civillians to varying degress. All of them also have Names of course, though unlike before, even NPCs without dialogue are listed, since I decided against Classic Crowd NPCs a few Months ago.

The Colors mean the following:
Black=Has Dialogue
Blue=Has Indirectly Dialogue, which is triggered by talking to another NPC
Red=No Dialogue 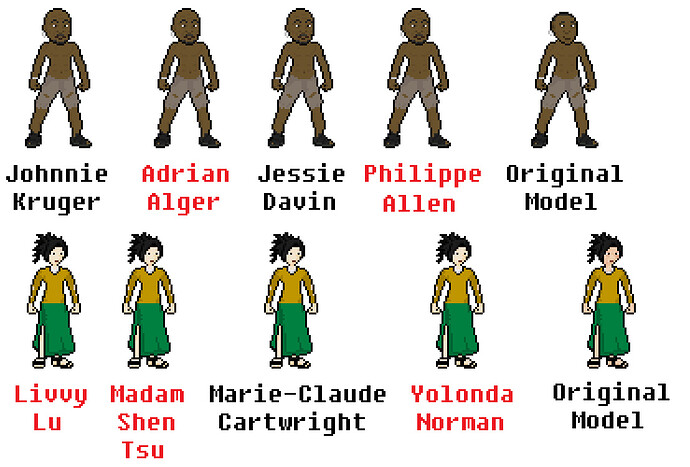 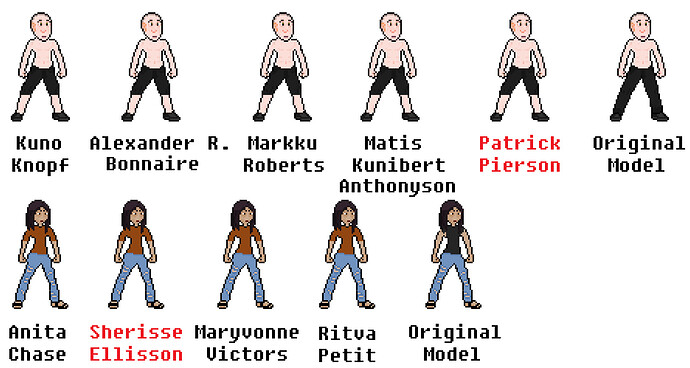 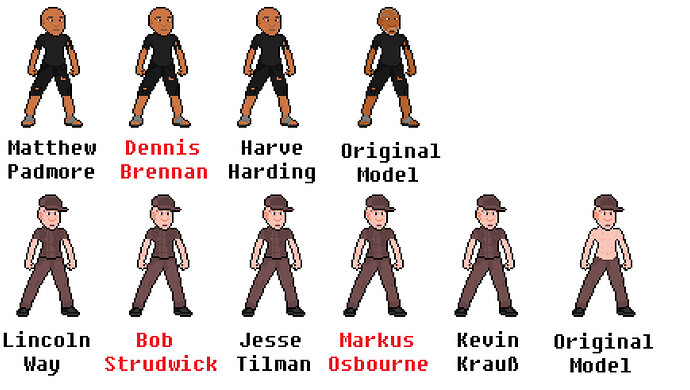 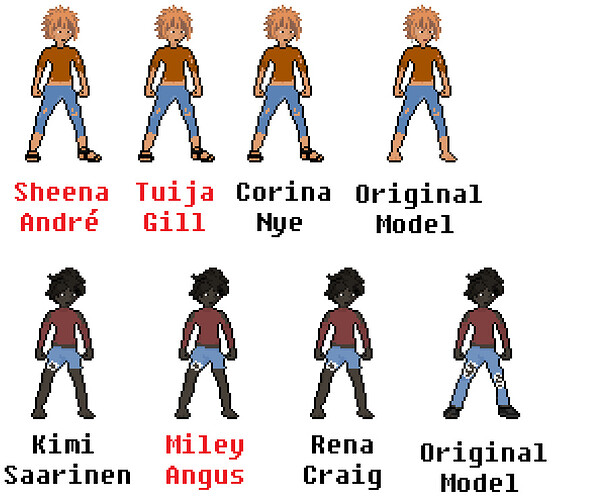 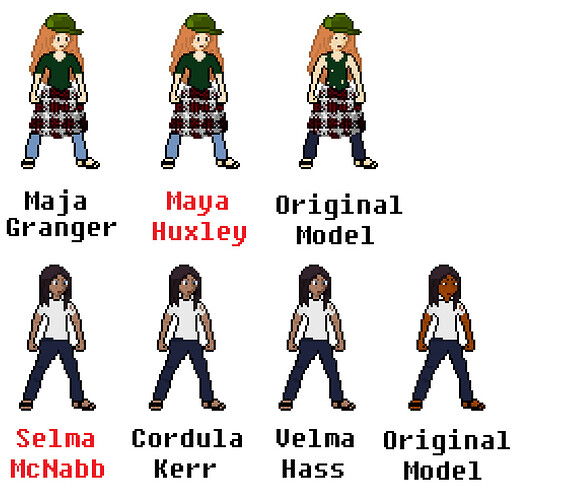 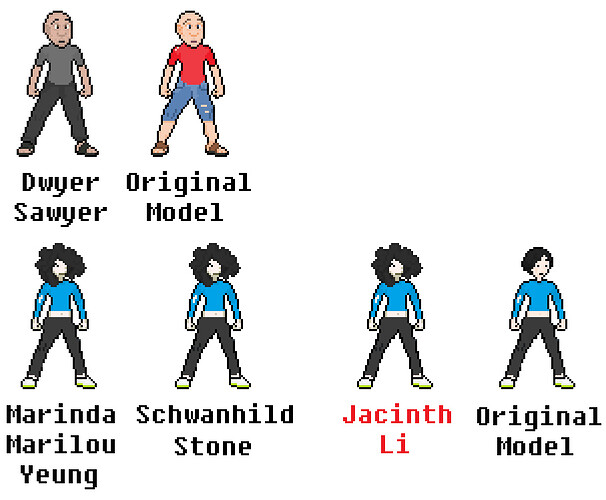 Also I put the original Models from next to them on the right-hand side and to see what was edited, look under the Pictures. 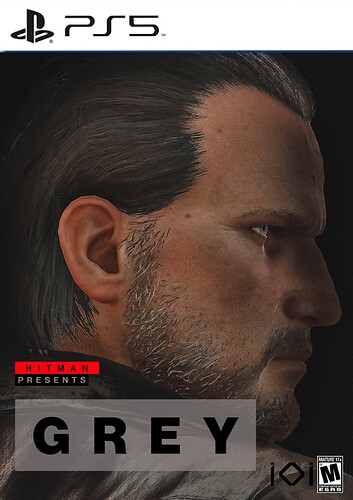 A girl can dream…

Yes, a game with him would be something in between an action game and a stealth game.