He’s got a killer backstory and “murder in the shower” is such a classic it’s laughable to imagine this franchise without him.

But why keep two versions of him who are exactly the same in the competition?Isn’t the Codename 47 version already enough?

Did we include all the guards in the final level of H2SA?

Nope, those weren’t included in the contest

I know this target isn’t mandatory to finish the mission, but what about the female assassin in “You Better Watch Out…”? She appears in the loading screen of the mission under the name of “?”.

I know this target isn’t mandatory to finish the mission, but what about the female assassin in “You Better Watch Out…”? She appears in the loading screen of the mission under the name of “?”.

She should definitely be included, even if she´s optional, because she gets marked as a target once she exposes herself. Plus, 2 of the 3 mafia bosses in Flatline are also not mandatory.

Ok, I gotta say I´m at odds here whether these guys should be included individually or collectively as “The Gator Gang”. Because frankly, even though they all look different and are in different places/situations, I have no idea which one is which and have always perceived them in the same way as I do the Blue Lotus members in C47/CON. They´re just too similar to each other without any personality traits to distinguish them (not to mention it would take less time to vote them out lol). Perhaps we should vote on how to include them?

Dunno, should Rick and the priest be included? It might be a waste of time to have them in the competition since they were killed mostly because they were witnesses / knew too much about 47

Same… Cayne should definitely be included separately, since he´s the main baddie and de facto THE target of the mission, but everybody else is technically mandatory collateral. Rick could possibly be included separately since we see enough of him throughout the game to know about his personality, but the priest and guards (and most likely Rick) should be included together as “Funeral Attendees” (I advocate for all of them to be included because - unlike Sergei´s guys in H2SA - they are actually marked in-game as targets).

I agree with @IlikeHitman that the CON version of Franz is vastly inferior to the C47 one (I mean, no “You have 10 zeconds, mein freund”?), as is the whole mission (lol), and I do like @Yacob ´s reasoning about Teller being more interesting because of being basically an innocent target, but unlike venturing to the basement to kill Teller, killing Franz in the shower just never felt tedious to me…

So it has come to this, the boring Romanian guy is going through. Funny for all this forum’s love of talking about wanting "innocent targets we are getting rid of one of the few innocent targets in the series.

The good old boys really should be one homogenous group. That is effectively what they are. Also while I personally would just not do with her you are forgetting “?” from You Better Watch Out…

Dude you’re 100% correct, but a lot of the people who argue (or have previously argued) for more innocent targets are actively voting against Mr Teller. He’s one of the few innocent targets and way more interesting than the priest or reporter.

NOW IS THE TIME TO CHANGE COURSE! There is still time to save ourselves from taking this horrendous misstep. + 1 for Klaas and -2 for Andrei NOW!!!

I may have been a televangelist in a previous life, but you can’t blame me for trying

Dude you’re 100% correct, but a lot of the people who argue (or have previously argued) for more innocent targets are actively voting against Mr Teller. He’s one of the few innocent targets and way more interesting than the priest or reporter.

Again I would like to reiterate I hate the idea of innocent targets, always have and I will go to grave hating the idea. I just pointed out the irony.

Dude Franz was never not gonna make it to the next round. He’s also not likely to win it all, I would have happily supported him in the next round he appears in if you had supported Klaas. Maybe I’m not playing enough politics. Have I misread the room? I got Hannelore from a sure fire elimination to being saved with just one post. Hubris can ruin us all I suppose. It’s just a shame it strikes when the cause is correct.

Sorry beldingfords, it’s just that you have enough points to survive

Even though I like Klaas Teller,he doesn’t have any chance to surivive,so…

I have an excellent proposition: how about we call the Gator gang members by what they are known for in the mission

Jokes aside, they definitely shouldn’t be named since there is no way to know which is which as the game only provides you with a list of their names, not who they correspond to. What the wiki did was just randomly assign names to each member with no guarantee it’s the right one.

There was no need for that, this round is over.
But your behaviour has been noted. 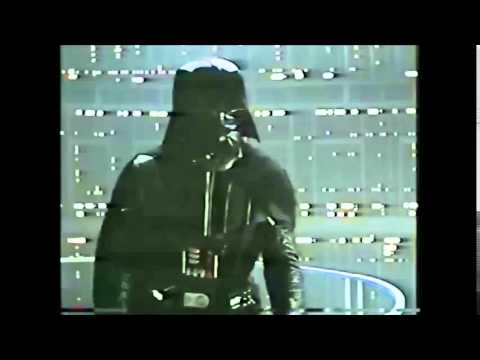 Sure, but C47 Franz is not in this particular heat so I don’t see the relevance of this comparison at this stage. Contracts Franz should be weighed against his Contracts competition right now, and he towers over it like a Putty Monster after Rita threw her magnifying bomb at it.

Also, this is an acurate reprsentation of my face when I see Franz being downvote, so thanks for that

MrOchoa’s favorite game’s heat is up