Not sure if IO has done a Valentine’s Event before, but I think it would be so fun! I love all the seasonal stuff. 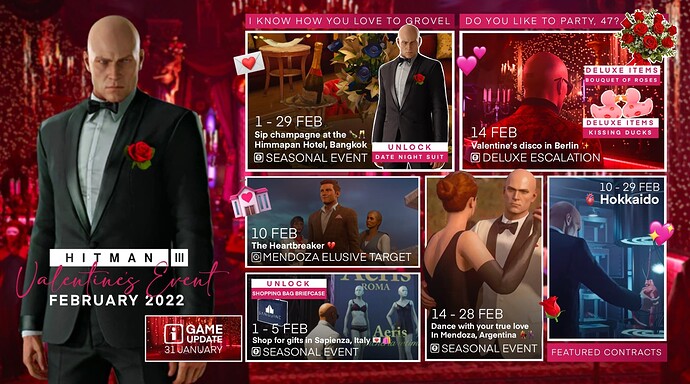 I’d love a shopping bag ‘briefcase’ so I can walk around Sapienza with it, pretending 47 is just having a day off 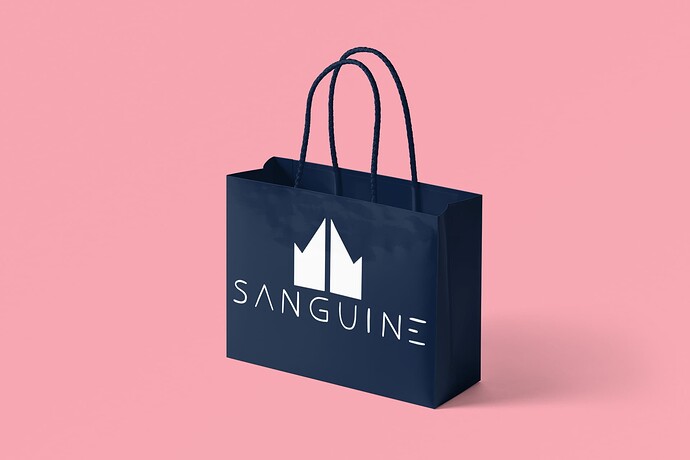 Had fun making these! Would love to hear more ideas for Valentine’s themed contracts/levels/unlockables hehe.

The kissing ducks should be the duck equivalent of an RFID explosive, they can be picked up by NPCs and they both detonate only once they’ve been reunited

how creative and cute.

as always, you have a real knack for graphic design!

i like the idea of a sanguine bag to carry around, it would be funny to pull a sniper out of one, as if sanguine actually sold those.

maybe if there’s a Valentine’s Day themed poison for this, they could make it so that after you poison a drink, smoky hearts could erupt from the glass like this:

Poison chocolates. Works like a coin and food combined. You place it or throw it and NPCs will go collect it and then eat it. Similar to the chewing gum we never got but was found in the game files. It would look like a hersheys kiss with foil wrapping only it would be in the shape of a heart. Red for death, green for sickness, blue for sleep.

So I just realised I brought back the ICA phone with this… ok so if any NPC sees you throw or place the candy and then the victim get ill or pass out they will deduce what happened and call for guards. Now it’s not overpowered. Or just scrap the idea completely

Ah yes! I hadn’t given any thought at all to how they might work - that’s a brilliant idea!

maybe if there’s a Valentine’s Day themed poison for this, they could make it so that after you poison a drink, smoky hearts could erupt from the glass

Oh I love that so much, it would look great! Maybe it could be a love potion/poison that renders the victim so distracted by the first person they see after ingesting it that they don’t notice 47 doing anything illegal around them

Amazing idea! And they would be so cute!

I’ve thought of a similar love potion idea after brainstorming possible new ways of messing with NPC behavior, although it might be overpowered: The love potion will make an affected NPC follow the player for some number of seconds (probably a small amount to make it less OP than the gun lure). They will also be unable to perceive illegal behavior during this time period. However, after it wears off, they will return to their regular behavior pattern. Ever need to get an NPC in just the right spot to get a specific kill? Well now you can, at the cost of an inventory slot. 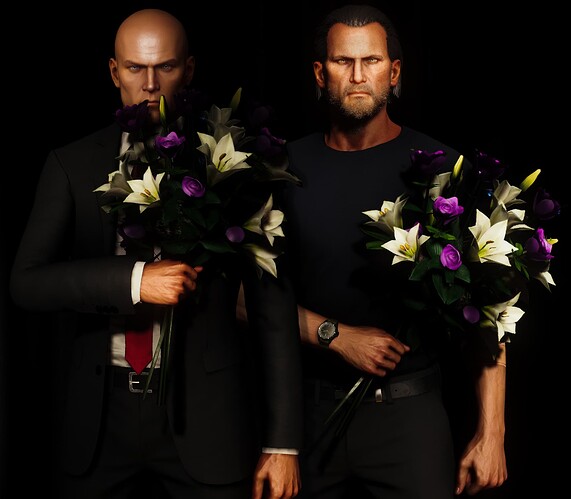 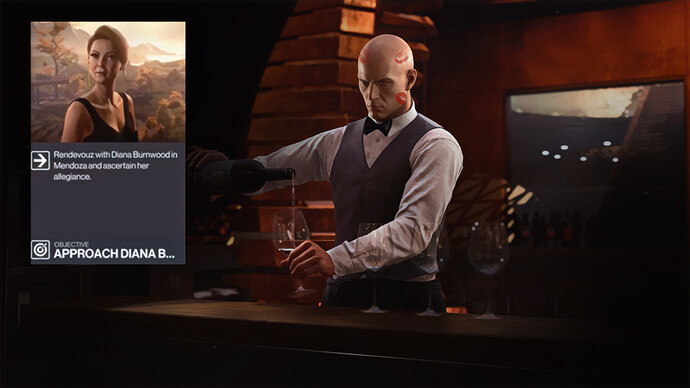