How did Crest acquire the Satellite Control Unit?

See title. Was it always in that cave, linked to the radio tower? Is the radio tower even relevant to it? Remember, Grey says in the briefing that the satellite itself is being covertly shipped abroad. It hasn’t been launched into orbit yet, apparently.

Or, did Crest and his guys steal it from somewhere and move it to Ambrose?

The mission briefing/cutscene explains this as it seems you’ve gotten some details wrong.

According to my intel, Crest and his men have joined forces with a local pirate syndicate to raid a passing tanker. His goal, a control unit for an Ether Corp satellite being covertly shipped abroad.

By the time 47 arrives at Ambrose Island, the raid has taken place and they have acquired the unit. The satellite wasn’t what was being transported - the control unit was. The satellite is already in orbit as Grey talks about it with the context that it is already an active part in the Ether Corp’s cloud storage network.

Ah, I interpreted the sentence wrong! I guess it depends where the clause was…?

The “node” line suggests it’s already orbital, yeah. Plus the intel pic of the satellite from the cave laptop shows it in space.

Thank you so much for clarifying this and for pointing me in the right direction.

How did Crest acquire the Satellite Control Unit? 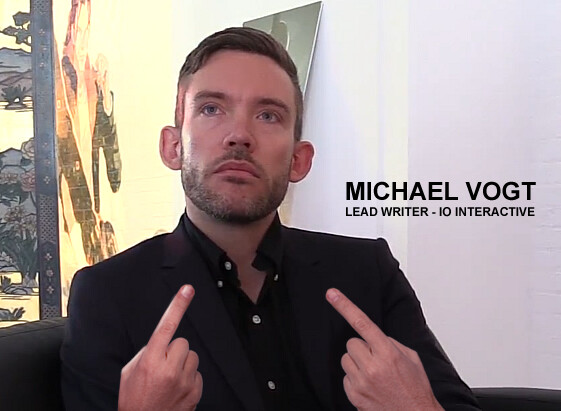 I have so many questions for this guy…

“Why in the wretched name of a motherfuck did you feel it necessary to destroy the ICA?! “

I’m still tremendously confused as to where these pirates fit in. I understand that Akka and co. were already on the island before the militia appeared, but what exactly do they want with this satellite control unit? Are they just helping Crest in exchange for a portion of whatever profit he makes?

I think Akka has the Access Key in pledge until the Militia, which uses her island to host the control unit, gained her trust. She is unsure about wanting to have business with the Militia as you can see in her meeting with Crest.

He aspires to turn the militia’s remaining resources towards large-scale heists, restoring and even expanding their influence in the process. To that end Crest believes an influential group of pirates endemic to the Strait of Malacca (a waterway through which 40% of the world’s shipping traffic passes) would be invaluable allies. The loss of the Delgado cartel damaged the mobility of the militia severely and Akka’s ad hoc syndicate could restore it, with the with the additional benefit of providing a smoke screen for their activities in the area. Really, they’re everything Crest could have asked for.

The pirates are cover for Crest. If it was just the militia stealing Ether’s satellite control unit, Providence would be wary, but because Akka’s gang did it, it can be chalked up to piracy.

I don’t get why Providence weren’t suspicious in the aftermath though? With the pirate who led the raid and one of Lucas Grey’s allies dead, and the stolen satellite uplink destroyed, the red flags would be obvious. Ah, well.

Pretty much what Urben and FortyPlusSeven wrote. The immediate way they fit in is that Crest wanted to steal the control unit. However, he didn´t tell Akka what the target cargo actually is, which undermined her trust in him and they are in a stage of negotiating the terms and future of their arrangement. In other words, the pirates didn´t know about the CU. They were just asked for assistance with the raid (because they have the means and expertise) and offered to take whatever loot they wanted while doing so.

As far as a more general role is concerned - pirates attack ships (duh), ships carry (potentially valuable) cargo, and Crest has refocused the militia towards stealing stuff. So if there´s anything of interest passing through the region via sea, Crest can use the pirates to get it (while essentially staying “hidden”), and also use their transportation network and connections to move around the region.

I don’t get why Providence weren’t suspicious in the aftermath though? With the pirate who led the raid and one of Lucas Grey’s allies dead, and the stolen satellite uplink destroyed, the red flags would be obvious. Ah, well.

This was an “official”, ICA backed operation. At this point 47 and Diana still “worked” for the ICA and hence for Providence, hunting down militia or pretending to do so - like how they framed Janus as the true Shadow Client. Eliminating the militia’s remains and securing the satellite from falling into anti-Providence hands allowed for Providence to lower their guard, thinking that all the threats were neutralised, until our protagonists successfully kidnapped The Constant to get info on The Partners.

I’m still tremendously confused as to where these pirates fit in.

Crest used their help for the raid on the ship with the server, supposedly simply for money or some other goods. He didn’t disclose to pirates what his true objective was (the server) so Akka held one of the access keys (stolen from the same ship supposedly) until she would be given clear answers what’s the deal with the stolen cargo. This is also why Crest couldn’t use the server immediately and fulfill his plan as he didn’t have the second key.

On top of what everyone else has said, Akka’s profile reveals that she’s becoming more and more ambitious and wants to rule much larger territory than just Ambrose and it’s surrounding waters. Both Crest and Grey seem to hint at their concern about what would happen if she realized what kind of info Ether has in that network. Yeah, she’s be able to extort or blackmail them for massive amounts of money, or sell it to their competitors, or blow the whistle even further on Providence by revealing actual secrets that they have hidden at Ether. She could also, like Crest, find the info on Caruso’s virus and try to make more of it and use it against her enemies, or bring down Providence and establish her own world order under threat of killing everyone.

Specifically to piss you off.

Someone… has to move those just one finger to the side.

I’ll let it go when they bring the ICA back. Otherwise: 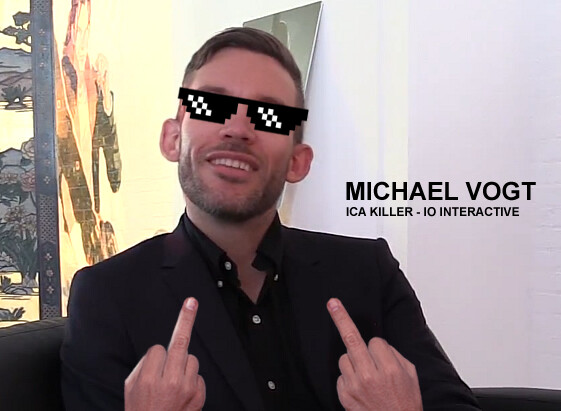 I’m writing this mail to you, hoping to clear this mystery up on behalf of your dedicated Hitman fans.

Why does the Satellite Control Unit have the ICA insignia on it? It makes no sense at all, since it should belong to Ether and Providence? Or what are we missing?

All the best,
Your biggest fan 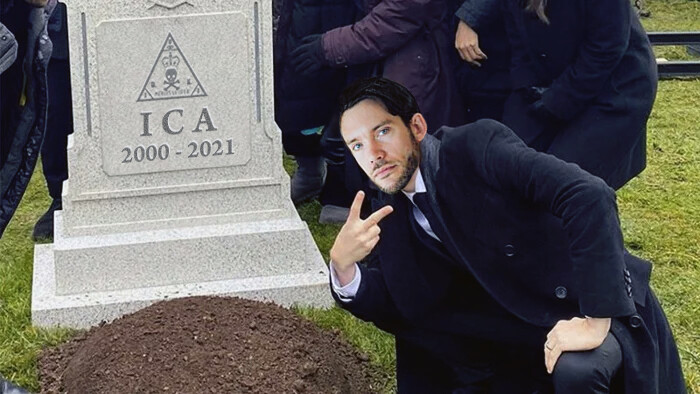 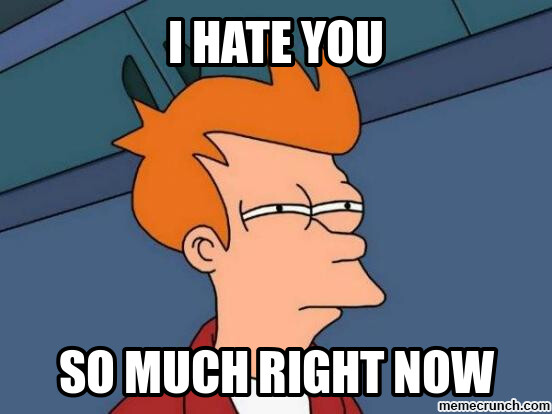