How to solve my VR dilemma ? Help please!

The hitman franchise is my favorite in video game and I played all the games from C47 to H2.

Now I have not yet ordered hitman 3 and I will but I don’t know what to do. I explain what I own.

That would be really nice to start playing the hitman 3 on VR and feel the magic of new level discovery on VR !

I checked if I can play with oculus on ps4 but of course that does not work because sony want to sell their VR headset.

I can simply buy on Epic but I don’t know wheter epic will release for VR or not. Maybe I have to wait for steam launch and need to Re-BUY the game… Do you have any info about PC-VR ?

If I buy for PS4 do you need I can load my PC account and use the item I collected on the PC-account ? I use the IOI account not steam.

I am really stucked …

If I buy for PS4 do you need I can load my PC account and use the item I collected on the PC-account ?

I would say paying an extra £300 just for a PSVR headset for one game isn’t worth it tbh. But it’s your money your decision

Yeah, we just don’t know at this point

Most probable VR is exclusive for PS4/5.
If the case was different IOI would have informed it.
As of now if you want to play VR your options are PS4 OR PS5. No compatibility with PCVR.

This is the info from today’s IOI news update -

At launch, HITMAN 3 will support PS VR and all locations in the World of Assassination trilogy can be experienced in a new first-person perspective. Yes, that means you can traverse the outside of the tallest building in the (Hitman) world in PS VR! If you own the previous games from the trilogy on PS4, you can also access locations from them within HITMAN 3. That’s more than 20 Hitman locations from the World of Assassination trilogy to enjoy in PS VR. 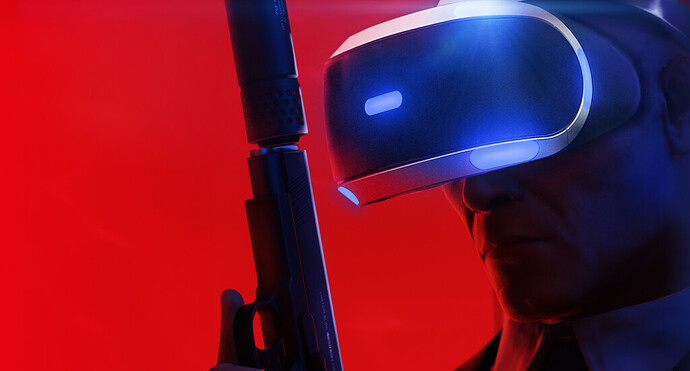 You can either play HITMAN 3 in PS VR natively on your PS4 or via backward compatibility on PS5. To make sure all PS VR owners can experience the game in VR, we’re including a free digital copy of the PS4 version of HITMAN 3 with all PS5 copies, whether you choose to buy it via disc or digital.

If you are playing on PS5, your progress between the PS4 (VR) and PS5 (non-VR) versions is shared between the two versions. You’ll be able to play the non-VR version of HITMAN 3 on PS5 with the next-gen improvements that we support (including Dual Sense support!) and then switch to the PS4 version for VR and all of your items and unlocks will be right there waiting for you. You will need to have both versions of the game installed on your PS5 to make that happen. 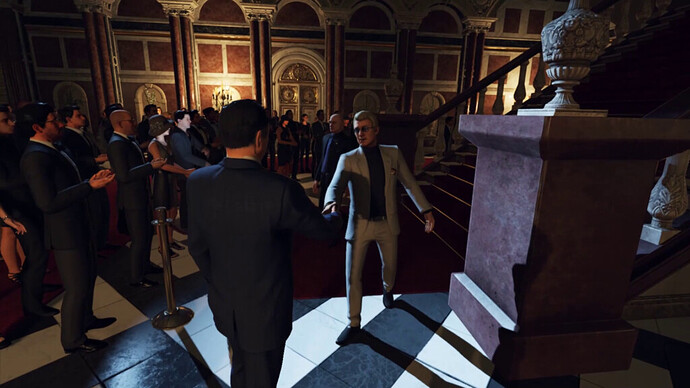 Not trying to be a pessimist or a PS asshole, but considering the fact that IOI have only announced VR for PlayStation, I think your best avenue is to assume that VR will NOT be available on PC unless they at some point say otherwise.

Get the PS4 headset or prepare to play without VR mode.

Consider the fact that the World of Assassination is almost five years old and gone through 2 publishers and (as of now) The Sarajevo Six content is STILL only available on the PS4 original (Square Enix) version of HITMAN 2016.

Odds are that @Lucas_Grey Lucas is correct.

I’d heavily advise against investing in PC VR for Hitman III. Nothing about it is announced, we only know that VR is Playstation exclusive currently.

Also please note that your Steam maps will not carry over to Epic, as mentioned in another thread. You will have to buy the access passes for the old maps again (maybe at a discount)

PS4 VR is a bit outdated by current VR specs. I imagine that there will eventually be a new VR headset for the PS5. Hopefully it will have backward compatability.

thank you everybody for the very quick answer.

I think I will buy the deluxe edition on PC finally via Epic store. I’ve read somewhere you cannot transfert from steam Hitman 2 to Epic hitman 3, it is true ?

Do you know for how long the VR exclusivity belong to sony generally ? Maybe when the game is out for steam they add PCVR. So I have to rebuy the game anyway…

I have the option to buy a second hand PSVR for 150$ but its annoying to restart the game and rebuy hitman 2 + legacy + DLC. Like you said just for 1 game is stupid.

So thank you very much and have a nice play on hitman 3 !

you cannot transfert from steam Hitman 2 to Epic hitman 3, it is true ?

I believe what you said here means ‘locations’ rather than ‘progression’, then it’s unfortunately true. You will have to pay and purchase H2 access pass within H3 on EGS to access H2 locations.

Do you know for how long the VR exclusivity belong to sony generally ?

No idea on that one, sorry.

I have the option to buy a second hand PSVR for 150$ but its annoying to restart the game and rebuy hitman 2 + legacy + DLC. Like you said just for 1 game is stupid.

Yeah, it sounds like an expansive deal just to enjoy Hitman in VR. Maybe you can still enjoy it on PC when it’s not exclusive anymore, but we will see.