I hope that the 47 signature suit model in HITMAN3 is replaced by HITMAN2, because HITMAN3 Looks bloated and affects the aesthetics and Immersion during gameplay, and hopes to be adopted by the production team, thank you

I think you’ll be happy with the new model. 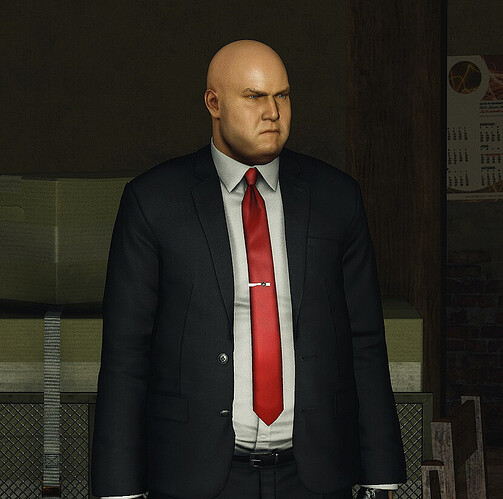 signature suit model in HITMAN3 is replaced by HITMAN2

Really? H2’s version is easily the worst-looking Signature Suit in the entire trilogy. Perhaps even the entire series, because the white shirt and tie parts looked so wrong, the colours were off too. Just an ugly suit to look at.

H3’s version of Signature Suit is a vast improvement over H2, even if you think it’s bloated… I dont think it looks that way, personally. Still, neither one will reach how good the Sig. Suit from H1 was…

Still, neither one will reach how good the Sig. Suit from H1 was…

That version had the most detail, right? I remember seeing a comparison video of how much ALL the clothing downgraded from H1 to H2 (guessing H3 as well).

I think the curves on both sides of the body of the H3 signature suit are too tortuous and not as smooth as those of H1 and H2, so it will look strange.

Haha This one is too fat