I’m sure everyone has at one point taken cover when trying to climb down a drain pipe. Have you tried to pick something up at your feet that you aren’t facing? Can’t do it. But when trying to hide a body in a container, near a door six feet away that you aren’t facing well there goes silent assassin. In absolution there was an option to change prompts. I wish they would add this and expand upon it. If possible in a future patch.

I’m sure everyone has at one point taken cover when trying to climb down a drain pipe.

But when trying to hide a body in a container, near a door six feet away that you aren’t facing well there goes silent assassin.

these things are fixed in H3, so ive never really run into those problems these days

Actually I paused the game to start this thread and know for certain that the drain pipe/cover thing and item pickups still happen. I did try the body hiding/door opening thing and that could have been fixed, but time will tell. I can’t remember what locations the body hiding door crap happened most. Hopefully that’s been fixed considering it’s the worst of these complaints.

The drag body prompt in Dartmoor for the “Junior” Lawyer/accountant (in the “secret” office) is impossible to find sometimes. This could be an XBox bug though and not PS4/5 or PC bug.

hmm it might be because he’s in that chair. i havent really knocked him out that many times though

I’ve ran into a few while playing in Legacy Levels, but none in HITMAN 3 to my knowledge. ICA Safehouse item store location in Sapienza is a little finicky.

Picking up those scissors in your Hokkaido suite without turning on the faucet should be a categorised as a master challenge.

Whoever put the climb up and down prompts here together is a troll. WoA is riddled with examples like this. 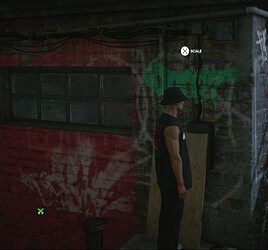 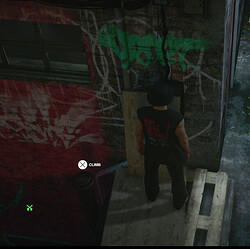 I literally laughed out loud because it’s so true.

I think something similar was happening in H2 in the Paris level in Dalia’s bathroom. 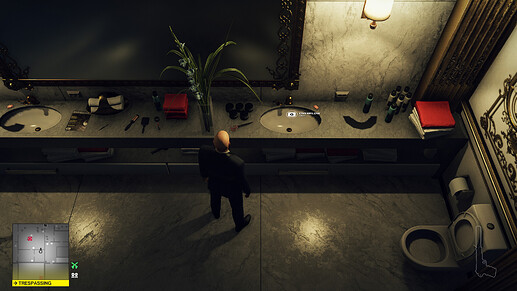 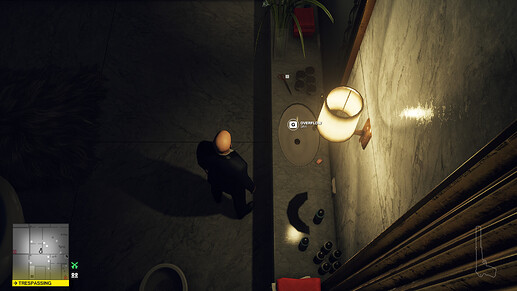 I was wrong it appears they have modified at least one container in Mumbai. I tried to include some comparison images but onedrive sucks. The glass bathroom where rangan overlooks the lower level has a container twice as thick as it was in hitman 2. It looks pretty silly but hey its better than before.

One example of something fixed from h2 to h3. 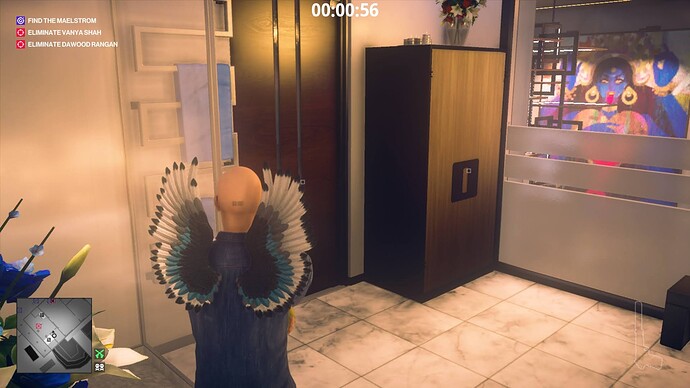 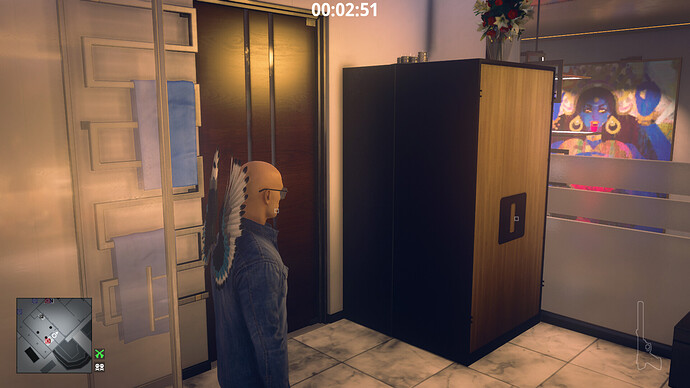 Lol. That’s pretty weird. Never noticed that. They could’ve placed it horizontally or something.

That’s such a lazy fix. Looks ugly as all hell…