If anyone has a feeling of déjà vu, then don’t worry, you’re not crazy. I’ve made this thread before, but it’s hidden somewhere in the old forum archive, so I figure this is a good time to create a new thread covering the same subject.

This is, at least for me, kind of an exciting experience. I’ve done something cool, and the game acknowledges that I have.

Next time you kill Alexa Carlisle with the fiber wire… … NOTHING. Why not another “pop”?
This is essentially what medals would be. Challenges that “pop” every time, not just the first time. (for those who’d get annoyed by it, it would obviously be possible to turn off) 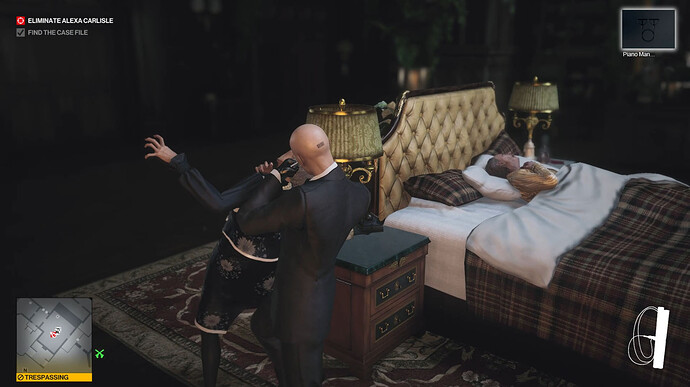 PIANOMAN-MOCKUP21678×942 126 KB
Cheap mockup of the experience of getting the Medal “pop” while fiber wiring a target. I can’t speak for anyone else, but I feel the challenge “pop” is quite satisfying.

At the end of a mission you’d get a summary of all Medals you’ve gotten on that playthrough in your score card. 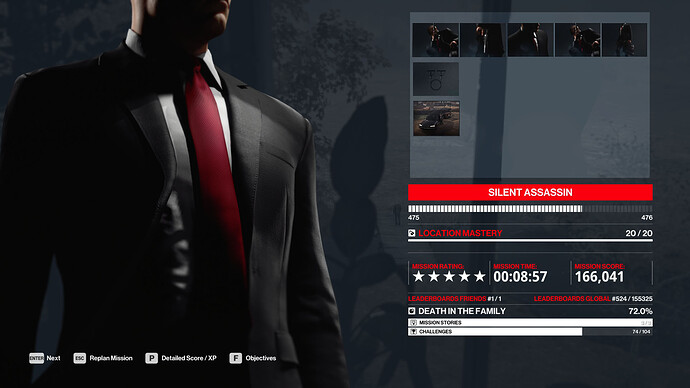 SCORECARD-MEDALS11920×1080 150 KB
Boring looking mockup of what your score card would do with Medals. Obviously make this look more exciting/colorful, but you get the idea. I imagine being able to scroll through the awarded Medals to get a larger picture and the “name” of the Medal.

With this system I would introduce a bunch of medals that gives recognition for “fun”/“cool” playthrough styles that don’t give you more points, for instance “No Knockouts” and “Suit Retrieval”.
Optional objectives would also have associated Medals.

Medals could also be used for contracts. Basically you could set the Medals you got as requirements for your contract.

Obviously this would introduce some problems that need solving. What happens to “Challenges” if “Medals” are introduced? Should there not be any Medals related to things that are either super unlikely or impossible to pull in a single playthrough (for example “Chameleon”, or “Versatile Assassin”)?
How do you make space for all of this shit in the score card? Obviously if you just do a few there’s no issue, but you can do like a lot of Challenges in one sitting, so you would be able to do the same for Medals.

Either way, this is something I’d loooove to see for the next Hitman -game. I hope I live to see the day.

I would like if they patched it in, or even just gave us an option to reset mastery and challenges in the game like as a prestige system. The problem with the trilogy is its cumbersome to start a new save without interfering with your old one or jumping thru hoops

I love this idea, it’d allow a more dynamic repeatable way to earn XP (obviously nowhere near as much as doing challenges for the first time, 100x less should be fair) and it’d provide a neat challenge to try and get as many Medals as possible in a single run.

What happens to “Challenges” if “Medals” are introduced? Should there not be any Medals related to things that are either super unlikely or impossible to pull in a single playthrough (for example “Chameleon”, or “Versatile Assassin”)?

So, I’ve mulled this over, and my solution is that we don’t introduce Medals separate from Challenges. Instead we: