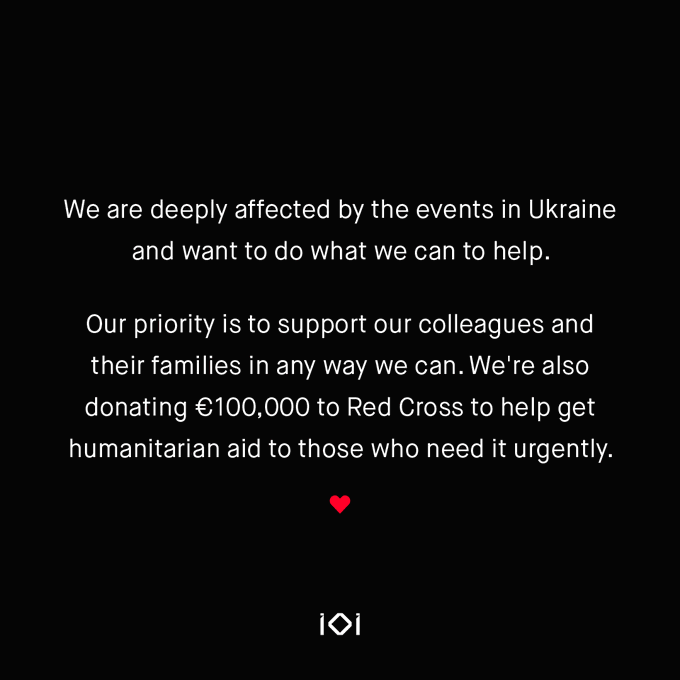 This is a heart warming action, truly. Thank you @IOI

Let’s beat the evil together, just like Agent 47 does.

I hope that all is going well on your side. Are you still in Odessa, Ukraine ?

Yeah, still here. Everybody nervous.
It’s like walking on the edge of a high cliff without any belay you know, any second you could fall down.
But we trying to hold up and live the regular life as much as possible in war times

Great gesture by IOI, this is the moment I finally stop grumbling about not receiving a free DE / 7DS upgrade on Steam after purchasing everything on day 1 before the freebie was announced, because they are spending a big chunk of their money on the worthiest cause I can think of right now.

9 posts were split to a new topic: Comment on Ukraine from IO-helps thread

This is really good. This whole fucking situation scares me to the core. I’ve always hated war and especially in modern age due to the availability of nuclear weapons. Every time there’s war involving bigger nations, we risk escalating it into a full blown world war with the catastrophic possibility of nuclear explosions.

I like Russians, i have like 3-4 Russian friends and my first gf was one, but i absolutely fucking despise Putin. I don’t believe he’s gone insane, he’s just a power hungry psychopath with access to nukes and the willingness to scare people with em (perhaps even use). He’s deliberately playing the crazy man strategy to make people perceive him as unstable and capable of doing anything. He’s a coldhearted piece of shit who knows EXACTLY what he’s doing.

Big reason i’m so worried is cuz my country Finland is, first of all, Russia’s border neighbor, and secondly Finland and Russia have always had kind of bitter passive-aggressive relations. Who’s to say they won’t invade here at some point? What if Putin gets so pissed off and desperate about his degrading (and unfixable at this point) reputation that he just launches nukes all over Europe before offing himself?

This is exactly why we need an ICA and Mr 47 in real life.

Good morning 47, your next target is a world leader endangering the whole planet. I know you don’t care about politics but you’ll be doing the world a great favor once he’s eliminated.

Another fail condition for Elusive Targets could be starting a game from a Russian IP address.

Didn’t want to open a new thread for this. But Jane Perry just donated to the British Red Cross for «In The Game For Ukraine». Respect!

Tiltify - Made for Fundraisers

Literally something Diana would do.