Here is the VOD Twitch 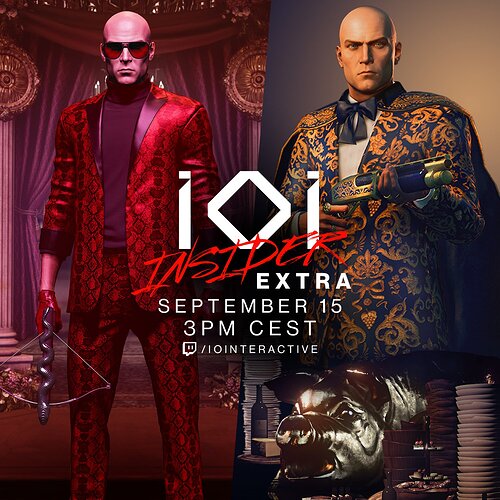 Where Lead & Senior Level Designer Toke takes us through the creations of the Lust and Gluttony DLC.

Also, if you have any questions about level-design in general - bring em:

Converting 3pm CEST to your time

Where Lead & Senior Level Designer Toke takes us through the creations of the Lust and Gluttony DLC.

That will be Toke Krainert that is gonna be interviewed in the upcoming stream, right? If so, they have done some levels for the series.

figured it would be good to have the finalized list of all level designers across the trilogy. great work and credit to all these people

And here’s a link to their website with the levels they designed:
https://krainert.com/

Damned it, I just saw the announcement and just finished typing my question when the stream ended (litteraly in the middle of typing)…

So if @Clemens_IOI passes through here, it was :

Hello everyone !
The largest change made in Hitman 3 are the hidden story missions. They are at its core via the most intriguing challenges and the level design. I mean Grey Dubai story mission, admittedly a tutorial, makes you pass just next to the phone conversation about the explosive golf ball. And I doubt it’s by accident. I presume they were made because most players never really disabled the story mission HUD, so they allowed them the pleasure to really outsmart the level by themself. Because you have access to the metrics : did it work as intended ? Were they found ?
Keep the good work !

How well. But it’s always nice to see IOI do this sort of things. The bit I could catch really show the care and passion in the team.

And now to watch it all.

Thanks for tuning in! Looking forward to the next Extra stream.

What would you like to see on a future extra stream? No ideas are to wild - they’ll probably just not happen

Seeing you picking the featured contracts with another dev live would be interesting. We would also get to see the room where all the systems are you can play Hitman on. Just don’t forget to put the PCVR stuff behind the camera.

What would you like to see on a future extra stream?

More talks about technical design (NPC, UI, AI, dialogues, sound), programming and online. You don’t put enough focus on these aspects during streams since 2017 while there is a huge amount of work behind all of that.

Toke Krainert was a great guest and his work at IO since 2014 is outstanding.

What would you like to see on a future extra stream?

A Codename 47 Appreciation Stream would be awesome, i think this game deserves a little spotlight then and now. It gets usually overshadowed by the other Games.

No ideas are to wild - they’ll probably just not happen

Play the game without a hat for once

-Who is Clemens Koch ?

He is the community content manager. You know him.

He arrived at IOI seven years ago as an intern, he is now a level designer. He was level designer in Death in the Family (Dartmoor) and he is now lead designer of Hitman 3 Live and so works on the seven deadly sins DLC. He was involved in the Dartmoor Garden Show but it was a team effort, with ideas from everywhere.

This IOI Insider focuses on the Lust and Gluttony escalations.

-What was the inception of the seven deadly sins DLC and how did it evolve ?

The Hitman Live team wants to make content that stands out and to do something new.

At first it was mostly applying what was known from hitman 2016 and hitman 2’s escalation and adding more complex systems on top of it. Greed as such has a (coin) carryover system.

After the initial feedback the focus shifted towards systems that would inform the whole escalation’s gameplay and experience. To give open ended puzzles with distinct rules and atmospheres. It strayed away from the classic narrative of traditional escalations but resonated more. Level changes were also made, as it can change the feel of the whole level.

They want each level to have one new thing that was never done before. Pride’s were the surprising and organic new prompts (“and now you have to hide the bodies”).

They don’t have to be grounded, they can be more dream-like and playful.

-What are the particularities of the Lust escalation

An escalation that doesn’t escalate, only one level, and randomness. It is based around one big (and replayable) game loop.

Level lends itself well to the gameplay. Berlin also has some nice contrasts between the central area (the light show and here a luxury and refined area) and the rest of the level.

-Why the detective gameplay ?

It was an early idea, “what if you delivered a love letter, make a match ?”. It then evolved towards multiple pretenders, followed by the clues. The concept seemed to “have written itself”.

-How long did it take to change the central area ?

-What was your favorite aspect of the lust escalation ?

How the whole loop concludes and is a whole. How you start among the pretenders and then come back to identify them. It is cathartic. Achieving this loop in one escalation is “really cool”.

-How do you capture the feeling of a sin ?

Elusive Targets are about character and the world, the 7DS are about 47 and the level, and how they exhibit the sin.

For Lust it was a challenge, as it is very remote from 47 ways and character. Also a lewd game is not really a possibility. Hence the team finding the idea of match making. It was a “yeah, this is it” moment.

First time the player can choose his targets. The level with the most freedom to date in a Hitman game. A large number of iterations are possible and are at the player’s choosing. It’s a good way to have a replayable level.

Clemens really likes the commentary from the sin narrator and how involved he is with the puzzle solving. He tried a wrong solution and got mocked as “he was an idiot” (I quote).

It’s the traditional animal for the sin of gluttony. The idea of “feeding the pig” was also really liked. A big golden pig in the middle of a restaurant is another “yeah, this is it” moment.

-The atmosphere of the escalation

The escalation captures the aspect of “maybe just a bit more” from the traditional gameplay (“just one more hammer”, Clemens have apparently regularly a ridiculous inventory, and so do we all) and makes it central with the optional objectives.

-What’s to learn for the team from the escalation ?

How easy it is to miss the intel menu. And that’s where the puzzle instructions are. (Personal note : so that’s why communication at release insisted on reading the intel)

-The making of the escalation

They had more macabre ideas, but the idea they went for was the “right degree of gross”, with still a degree of classy. Same as lust.

Since lust, the escalations are now at the point where they are playful with the theme. The rest is left to the player.

-What is your favourite part of the escalation ?

How elegant the mapping, the weapon requirements, the dishes needed and all the moving parts come together in a neat way.

-What was the most challenging part of this escalation’s making ?

The final item toss. The team really wanted to avoid a simple prompt as it would have been too anticlimactic. Making it register every time was pretty hard and QA kept finding new bugs there.

-What is your favourite game, what made you appreciate video games ?

Banjo-Kazooie. It was the first game that made a young Toke Krainert see how a game can have worldness and togetherness, how levels can be interconnected and use gameplay in creative ways.

He also recommends the indie game “A Hat in Time”.

-How do you decide the locations for the escalations ?

They want to use all of them. Some locations were a natural fit, like gold plated Dubai for greed or Berlin for Lust. Some decisions are born from the level designer idea or desire to do something particular (like having a golden pig in the restaurant). Some arrive from a desire to use an underused area, like sloth with Dartmoor original garden. The gardens also gave the possibility to spread around the targets.

The first fit might not be obvious, but it is built around. And in the end the level and the escalation elevate each other, like with the contrast between the mansion and piles of trash in Sloth.

And none of you are going to make me forget my initial misspelling of Clemens name, isn’t it ? That’s fair. (sorry Clemens) 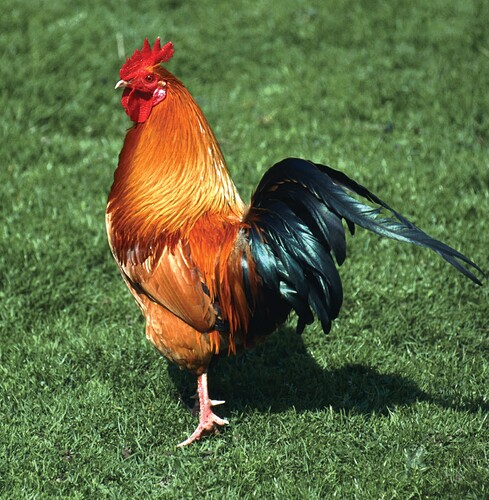 Damned it. Thanks for pointing that one out. (it’s also a nice little town in Poland apparently)

That’s a nice Kock you have there, Partner.

Notable that Toke Krainert emphasized that they were making adjustments on the 7DS DLC based on what his team is reading on the different forum. Not a lot of love for the 7DS DLC overall, so it must be a bit disheartening for him.

I suspect that there will be a new venture for the “Hitman 3 live” team after the 7DS ends. My guess it is paid DLC something different creatively and structurally than escalations.