I wonder if it will actually have some sort of unique mechanic unlike the existing dart guns, to be in keeping with the Lust theme. Like it distracts someone by putting them in an amorous trance like Cupid’s bow so they don’t notice illegal activity around them for a certain period.

I too can’t imagine how they do the tie between lust and vomitting. And everything in me refuses to find the connection. 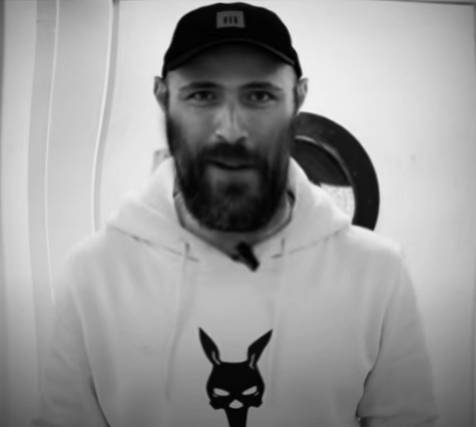 “i see a lot of questions, I’m ignoring them though”

Love you Clemens, its gotta be hard for him to ignore questions he can’t say the answer of

They NEED to release a full version of the track before the stream.

What will be the lore of the Dartmoor garden show? Will that be hosted there before or after Carlisle is dead? I guess the house has new owners?

Probably after I think. Thornbridge Manor is the birthplace of Providence, there weren’t previous owners.

Any news on the Raytracing update?

Did you mention that this update will update Chinese subtitles?

Oof. Assuming nothing been said about shoulder swap either ?

He said they are still working on it.

this update will update Chinese subtitles?

Clemens didn’t say anything about it today. But on the previous stream, they did say more language supports will come eventually.

New contracts mode map is a highlight. I needed a reason to get back into making contracts.

IOI is finally making a return to making “Bonus Missions”, not “Special Assignments”.

This seems like a redemption for Hitman 3’s output. The new event looks great, contracts mode is a massive W and the fact it’s free kind of nullifies the complaints about the sins to an extent. However I dont understand why lust is an escalation because it looks amazing! You could stick a couple of targets there, make them walk around tasting shit and it’d just be a bonus mission. I’m sure theres a good reason tho

I hope this new patch addresses bugs like the kalmer, the constant crashes and some of the puke spots breaking because of the emetic fix. I also hope the roadmap really is all Clems is hyping it up as. It’s still frustrating that IO still seems out of touch when it comes to addressing things like shoulder swap and other requests but giving out free stuff like this and also making it worth it to buy the sins is nothing for me to sniff at. Good stuff all around

Edit: i should probably clarify my stance is im very neutral on IOI and hitman 3 and want to keep it that way. Like the stuff i like and call out what i dont, while giving some leeway to the two sides as i see it. I think some people just defend IOI to the death because we almost lost Hitman because of Squeenix, then theres other people that are like “what have IO ever done for us?” like in Life of Brian. So i think both sides bring up good points, one side will say IOI has been neglectful of bugs and the other will say having a third of your dev team will mean the games will be buggier. Theyre both right. So while I think this new stuff is fantastic I dont want to suddenly excuse that IOI severely overpriced Hitman 3’s two DLC packs. I also had my problems with the actual maps themselves but that seems to hopefully be getting fixed with new additions like this

Well hopefully it’s a bonus mission, they never used the phrase just permanent event. But I hope it is fleshed out enough to be a bonus mission, even if it’s got random elements i dont mind them experimenting with an ageing formula

I wonder if the randomized targets formula will act similarly to The Vector or if it tells you instantly or however else it might work.