We’re almost ready to kick-off a new Season of Sin in HITMAN 3, now arriving on July 27!

Want to know more before then? Join us live on July 22 for a special edition of IOI Insider that will feature a preview of the upcoming season AND the reveal of a new permanent event! 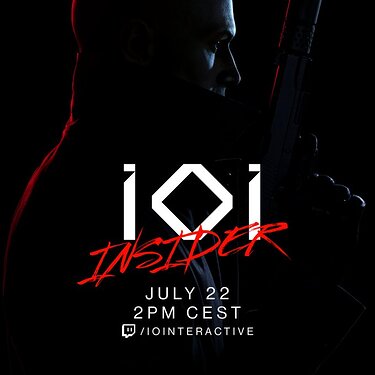 Extra note: Yes, we’ve changed this up a bit. We previously announced a game update on the Season of Sloth roadmap for July 20 and that will now arrive on July 27. We don’t like changing dates that we’ve announced, but it was necessary here.

Hmm, I hope that there are plenty of bug fixes in this Game Update if they’re delaying it. The last Update for the Season Of Sloth was very, very disappointing in terms of bug-fixes, so if there’s a delay this time round then I hope that extra time is being used productively.

I hope that the delay means more bug fixes rather than IO having the pride to be a sloth, because the game is embarrassingly broken, which shouldn’t be the case if they’re calling it “THE DEFINITIVE WAY TO PLAY THE TRILOGY”.

Every roadmap, the quality of the content keeps going down.

Controversial opinion but imo the new “Golden era of Hitman” ended with the announcement of 7DS. We started off decently with the February and March roadmap but then came the “Season Of Greed”

Permanent event… like the sound of that but knew it was coming!

Hopefully worth the wait as the previous roadmap was slightly disappointing.

Pride was good tho.

Can’t wait! Bring it on!

Interesting! I wonder why the delay… (maybe the next batch of content literally won’t be ready to release until then).

Hopefully there’s some nice bug fixes in this, as others have mentioned.
Also pretty curious as to what this permenant event is. It would be cool if it was free, as we’d get another 7DS escalation and the base players still get something fun/unique too. Or, if the event is pretty big, I’d understand if that became the 7DS drop of the season. Would make the DLC more lucrative too.

Little annoyed that they delayed the update for a week, meaning we might get a week with no content. I have a few theories on why they’ve done this but nothing definite.
I’ll be there at IOI Insider making the TLDR/W again.

It would be cool if it was free, as we’d get another 7DS escalation and the base players still get something fun/unique too.

I do remember them saying it was something close to a bonus missions (but it’s not called that) so chances are it will be free, separate from The Seven Deadly Sins.

I hope that the delay means more bug fixes

Delaying patches has usually the intend to have more time to fulfill the initial scope. Which means they did not decide to delay to add more bugfixes (they would just put that in the next patch) but because the work on the planned fixes takes longer than thought.

The delay is because the special event is due to go live on July 27th, but they didn’t want people to leak it and play early in the week leading up to it

I have a fix for this kind of leaks.
They just don’t upload corresponding event files in the game until some point, few hours before the date for example.
I don’t see any of problems here as long as it’s a live service game and it could be updated constanly

This is what their patch system is, every time they do it they seem to need to take the servers down for maintenance, it will annoy too many people even for IO to be comfortable

Patch can include additional game files, but it’s not necessary the files need to be included.
I mean patch is patch that can upload fixes and other system files. And game event files like some events, Elusive Targets etc easily can be uploaded independently and will take much less time to download for players. I doubt they will weight GBs, couple of hundred of megabytes as a maximum.
If their patch system is indeed such unconvenient as you’re saying then it’s just bad.
Including leaks situation that pretty easy can be avoided

have to pay money to do each patch

Oh God. I’d be broke after Two NPC Models as often as I test stuff and decide otherwise.

The delay is because the special event is due to go live on July 27th, but they didn’t want people to leak it and play early in the week leading up to it

Yeah, that makes the most sense. Dang leakers.

Hopefully this doesn’t mean IOI blows their whole load on the first day of the season, then we get tiny bits and bobs of content for the rest of the season.
…But that’s probably what might happen.

siiiigh, I wish we had the event further out in the season, as something to anticipate after the initial tease.

) on the first day of the season. feels like we’ve been waiting ages for new content, especially now that it’s been delayed a whole nother week

I’d like a return to the days of three escalations, ten featured contracts and an ET a month

In my opinion, Escalations can be striked out of this list

Because they not that great