@Travis_IOI today tweeted out the following: 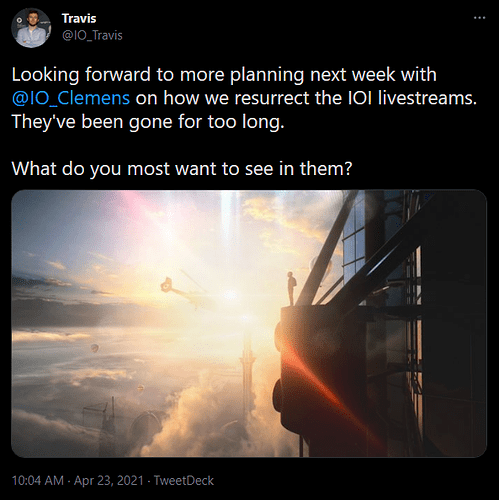 these replies are some of the “highlights” in my opinion 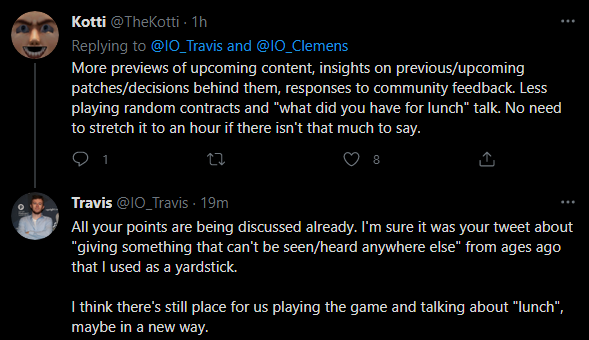 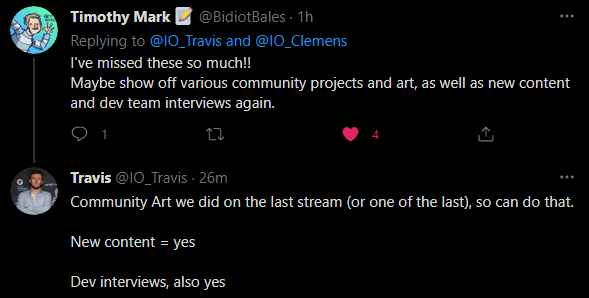 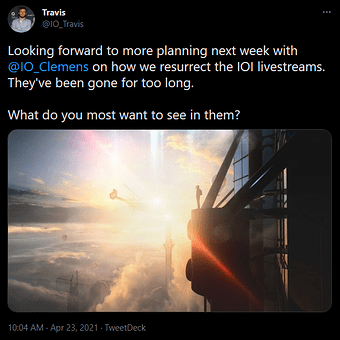 I’d love to see Codename 47 HD Remaster for Consoles announced, if you ask me like that

Theres only one mod i need in my life 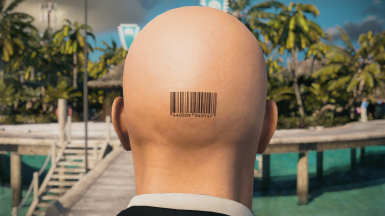 Perhaps mod support in general for Next Gen and PC.

I want more “what did you have for lunch” talk.
Is the Danish something that the Danish eat more than the non-Danish?
Do the Swedish meatballs from IKEA come from Swedish cows?
Do the Swedish meatballs come un-assembled (a cow in a rectangular box and tools: a gun, a cleaver, mini-meat press, oil and tomatoes) with instructions in Japanese in how to roll them into balls?"

I’d like to put in a Less “What Did You Have For Lunch?” Talk vote to cancel out David’s More vote, pls IOI.

I think having someone from IOI make a featured contract live would be something cool to see. Even if it has to get put in the game properly off stream. Watching someone make one live could lead to some real inspiration.

My wishlist request though would be some type of developer insight. Now that all of the trilogy is out, learning more about a mission or location’s thought process would be fascinating to me. Like what we learned through the Deluxe Edition Director Intros. (If you’re like me and love to hear that type of stuff, I recommend the Noclip Documentaries.)

Lastly, my favorite thread now (and on the previous Hitman Forum) is the Easter Eggs thread, so learning more about how those sneak in would be fun. Like where the ET Exit truly came from. Was it willed into existence by questioning the existence of a rooftop bicycle?

I definitely agree with the idea of having something that can’t be seen anywhere else.

I quite enjoyed previous ones with some of the game designers , would be good to have some with reflection on the WoA. Also would love to see one of Travis and Clemans just talking about their favourite Bond movies.