Is it the same organization that make the Chinese localization for H3 as what it is for H1&2?

As a Chinese player I’m really excited about the Chinese localization coming out yesterday. But the quality of the translation isn’t so good as that of H1&2.
For example, the word “baller” from the gun Classicballer and Shortballer, is translated into "传球手“， which means the one who kick the ball to their teammate in a ball game. However “baller” from Silverballer and Goldballer is correctly translated into ”舞者“, which means dancer, the same as what it is in the old games.
Another example is in Berlin. Remember there is a man in vest outside the club asking 47 to find his “pill” on a “bike”? The localization translates the “bike” into “motorcycle”, though it’s actually a bicycle…Imagine that a new player entering Berlin for the first time, then what? They would search for the motorcycles for ages, only to find nothing and finally go search it on the Internet and get to know it’s a translation mistake.
One more example, Hush’s flyer in Chongqing where the phrase “just around the corner”(we all know it’s the meaning of “coming soon”) is translated into "就在拐角处”, which is what you got when you put this phrase into Google Translation and it’s definately not the right translation.

I jut wonder if it’s the same organization that make the Chinese localization for H3 as what it is for H1&2? Those translation mistakes are so annoying and worse than what we have in H1&2. The fans around me are mostly dissatisfied about it.(we all still happy to HAVE a translation though)
I hope that IOI could do something to fix these mistakes in translation… I can even guess what the original English text is by reading the Chinese sentence sometimes now… 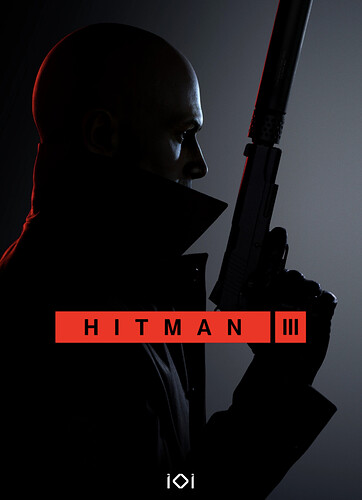 Mission We were entrusted with making Agent 47 come alive again in French, German, Italian and Spanish. This last episode of the Trilogy of Assassination takes players to all new locations, from China to Argentina. We made sure to add some flavor in...

Hitman 2 seems to be their most ambitious project to date.

I suggest you to collect all the errors you can find, and open a ticket here :

I suggest you to collect all the errors you can find, and open a ticket

I’m considering doing the same with Russian, but I’m bit lazy to check every word in the game

If it was released with a translation onboard, would’ve been much easier to do that.

Were there any mistakes for French at lauch? At least those you have noticed?
Because I have noticed one or two inaccuracies for Russian already

Were there any mistakes for French at lauch? At least those you have noticed?

Not very much, like hitman 2. There are some challenges that were badly translated but nothing too big as far as I’m aware, but I quickly switched to the english translation because i’m used to it now, and on youtube/twitch it’s better for everyone.

nothing had change, translation of Chinese never better in 1 or 2

Chinese subtitles, whether in Simplified Chinese or Traditional Chinese, are always having some typos and translation errors here and there. In H2016 and H2 they are noticeable but still, acceptable. Yet the newly updated H3 localization is indeed a huge bringdown. It has a bunch of trivial mistakes like using 她（her） to indicate Omar Al-Ghazali, taking Chill Out Area for 冷静区（meaning a place for calming down in English) and a pyramid of obviously odd and inconsistent sentences which seemingly are translated by Google or that sort of thing. Not to mention those left-out commas everywhere. （Above are some of the issues found in the Simplified Chinese subtitles.)

Glad to see IO having HITMAN 3 supporting more and more languages. Allowing more players to enjoy hitman content in their native language is cool but given the situation, I reckon your localization team will need to re-examine their works. Especially when a simple proofreading can make the overall correctness way better. I don’t know any other language other than English and Chinese, but viewing from the Chinese version alone, the in-game localization leaves a lot to be desired.

Hear us out IO, and take localization as a more serious business

I think this is intentional. The location isn’t meant to be a 1:1 recreation of the real location. It’s IOI’s reimagination of Chongqing after all, so naturally there can be fictional business names, similarly named neighborhoods, etc.

But other than that, I agree with you about the localization issue. It’s not entirely unplayable, but these kind of Google-esque translation can be annoying sometimes.

I think this is intentional. The location isn’t meant to be a 1:1 recreation of the real location. It’s IOI’s reimagination of Chongqing after all, so naturally there can be fictional business names, similarly named neighborhoods, etc.

I’ve considered the idea, but then it’ll be hard to explain why they chose to adopt the realistic name in other signs around the map like "渝中北区”. So I would still assume it was an oversight. Anyway, thanks for the heads up

OK, this one is real serious.
The “Glorious Leap” in Chongqing should be translated into “光荣飞跃”, as it’s shown on the sign on the top of the laundry. HOWEVER, “Glorious Leap” is translated into "大跃进“ in the Chinese edition of the map. THAT IS SERIOUS! "大跃进” is a period of time and historical event in Chinese history, and it includes some political things. Chinese people are really sensitive to this. I think, guess, hope, wish and beg that IO and the localization company didn’t do this intentionally with an aggressive altitude to China. This is a game, and it should not be political. No. This mistake must be corrected.
All the other mistakes are no more than embarrassment and inconvenience on playing. But this one shouldn’t exist any more. We are not talking politics here in HITMAN3. If you make this mistake by chance, please fix it soon.
@Travis_IOI
@Clemens_IOI
Even Google Translation could make it right…

welp now we got some REAL trouble here

Don’t mention it. Actually, it was my bad. I forgot that the neighborhood sign is written differently compared to the train station. It looks like it is IOI’s oversight indeed.