"Killer Shot" in Himmelstein - what am I missing? (Also, are the other maps better?)

Not sure if this is the correct place, but there is no Himmelstein subforum so I thought I’d just ask here.

After completing almost everything else I finally tried the Sniper Assassin maps - I remember playing Himmelstein when it was a pre-order bonus or something and remembered it so incredibly bad that I didn’t try any other sniper maps after that. Well, years have passed, lets give it another try.

And wow, they are so, so bad. At least Himmelstein, don’t know aout the others. Not being able to save is, as we now feel more than ever with all the escalation content, the easiest way to ruin replayability and long-term fun. But having a strict time line and having to just sit there, stare at the screen, not doing anything for up to 12 or 13 minutes until you get one tiny time window to do something and if you fail or if you want to do other challenges, do it again without saving or dofferent starting points - how did this pass QA?! I have now done most challenges, maybe 5 left, and I have actively “played” maybe 20 minutes while at the same time I had to sit and wait for over 5 hours now, doing nothing, scrolling through memes on my phone, waiting and waiting and waiting. Jesus Christ iO, seriously? And you decided to even make more of those? -.-

So, Killer Shot. Kill the two guys with the speaker. All guides that I can find show (a) the same solution and (b) a few comments about how this does not work (anymore?). Shoot the flag trigger, shoot the lamp. Then w a i t for the next 12 minutes without shooting anything to not break scripts or something, I hate this so much fckn christ, but when they finally meet they just shake hands, talk shortly and then they do not go outside but head directly to the meeting point underneath the big chandelier.

Am I missing something?

I even tried following the bride’s father around in case some scripts only get triggered if you watch closely. He ist walking around, doing marriage stuff GOD I HATE THIS LEVEL SO MUCH 12 MORE MINUTES AGAIN talking in the labyrinth, going to the photo… nope. Here might be a problem, because the couple is already gone when he arrives, so no photo. So the timing is broken already.

Has anyone accomplished Killer Shot recently or is aware of the script breaking and how to fix that?

Oh, and also: Are the other two sniper maps the same perpetual hell of only watching, not playing for hours and hours if you want to get all challenges? Please tell me they are vastly different and Himmelstein is only so bad because it wasn’t originall meant for the game

Oh, and also: Are the other two sniper maps the same perpetual hell of only watching, not playing for hours and hours if you want to get all challenges? Please tell me they are vastly different and Himmelstein is only so bad because it wasn’t originall meant for the game

Hantu Port had some really annoying challenges as well and I wasn’t even able to unlock one of them(which required all the targets to meet in one place in a similar manner) to get the trophy.

On the other hand,Siberia didn’t have any challenges like this from what I remember and is even considered by most the best sniper map(even though I personally prefer Himmelstein if we don’t take into consideration its annoying challenges). 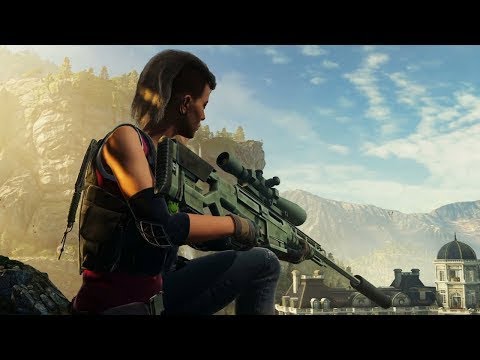 Interestingly, it worked after the fourth time… Two times it didn’t, then I posted. I had it running in the background, still the tiing was off. Tried it again just now and it worked

Weird, but thank you!