Before I buy Hitman 3 I really want to have my Hitman 1 linked to Hitman 2. I wasn’t able to get this to work originally and just quit, tried again because of Hitman 3 and noticed a step I probably missed before, but ran into an issue with Xbox not have the legacy pack available unless I buy the GOTY which is $60. IOI states if you own the game you don’t have to purchase it again. Does anyone know how to get it for free still?

Have you done the steps described here? 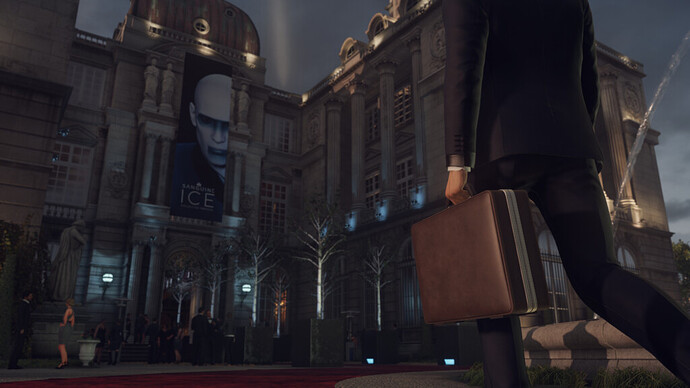 Welcome to the Legacy Pack FAQ. It includes all the information you need to know such as what's included and how to play it.

Note, this has nothing to do with HITMAN 3. This FAQ is about linking HITMAN 2016 (Legacy Pack) to HITMAN 2

I’ve been to this site, it would be helpful if Xbox offered the legacy pack which it currently doesn’t. They do but it’s the GOTY one mentioned that I would have to pay for. After emailing IOI they mentioned this forum and I was hoping someone would be able to help.

I ran into a similar issue. I own Hitman 2 on Xbox but don’t own Hitman 1 on Xbox. I was trying to buy the Legacy pack. From what i understand it’s supposed to be $20. But I have worked my way through the Xbox store and the Hitman 2 in-game store for hours trying to find where I can do that. When I managed to find my way to the regular “Hitman Legacy Pack” Xbox store page (I can’t even remember how I got to it, it’s hidden) it says it’s “currently unavailable”.
And the only option I have is to buy the Hitman GOTY Legacy Pack for $60? So I ordered Hitman Definitive Edition hoping that once I start it I can download the Legacy Pack through its in-game store for free. HITMAN DE getting here tomorrow…

I hope you find a way to get the legacy pack tomorrow, please keep me informed if you do.

Just FYI bought GOTY and my data didn’t transfer, but I could play from scratch on Hitman 2, but returned for refund. There are some nice features and updates in buying it, but didn’t want to re-due all the missions to get my stuff back, that and I have the disc for hitman 2 also so until I see how Hitman 3 acts and how I can transfer data I decided to return it.

So bought Hitman 3 same thing with the transfer got all the Hitman 2 data and no Hitman 1 stuff. The cool thing was that I can play and uninstall Hitman 1 & 2 and not use the discs and just play digitally on 3 the entire trilogy. Glad I returned GOTY since it was the same price.

Hi, I used to play back hitman on ps2/3 but haven’t played the trilogy yet. I want to play this on my ps5 what is the most cost effective way of doing this?
Buy hitman 3 for ps5
Buy hard copies of h1 and h2 for the PS4.
Sync together and play all of the trilogy on h3 on the ps5?
Thanks