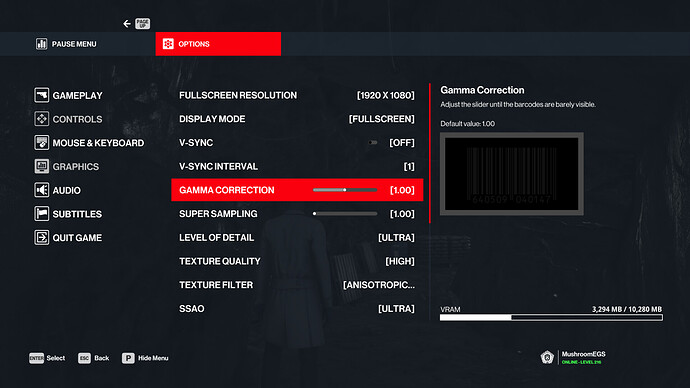 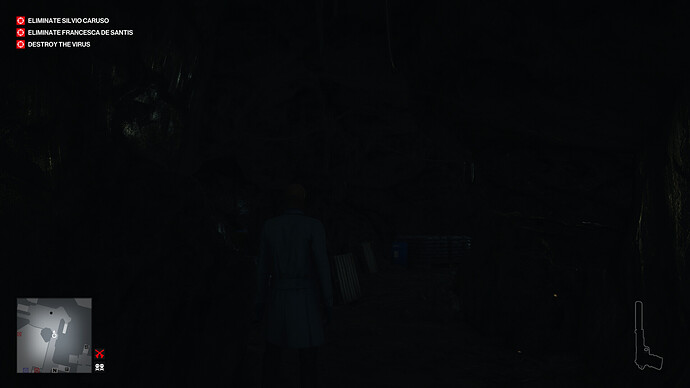 Hahaha. Someone should make a meme with Thanos “It was my home. And it was beautiful”, with the H16 and H2 versions of Sapienza

Youtube kept giving me an error while uploading so I had my buddy upload Paris 4K/60 SDR to Vimeo.

It’s there for the VR. They should really put the bag back on that guy’s head though.

I just played Sapienza and it looks awful.
Just awful. Well, the out of mansion areas quite acceptable, though there are places where the bloom and/or flares are just disgusting (offer another word here if you can).
But the inner mansion lighting… Everything is bright yellow. Especially the main hall.
My eyes nearly jumped off orbit.
It’s just so bad! Why? Why, IOI?

All things considered, the Hitman 3 maps are really quite beautifully lit, considerably better than Legacy lighting, the night time levels in particular are excellently done.

However there are some issues with brighter areas, particularly Mendoza and Dubai. 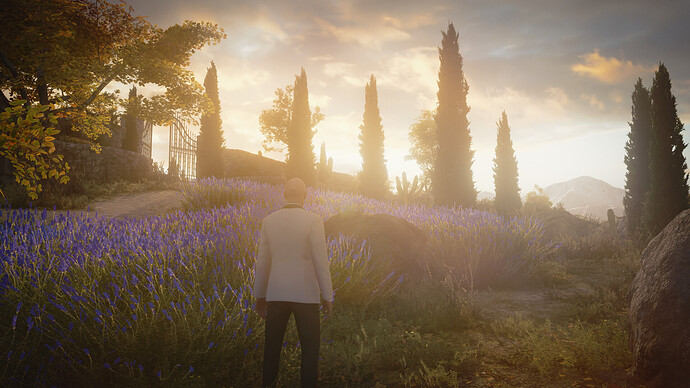 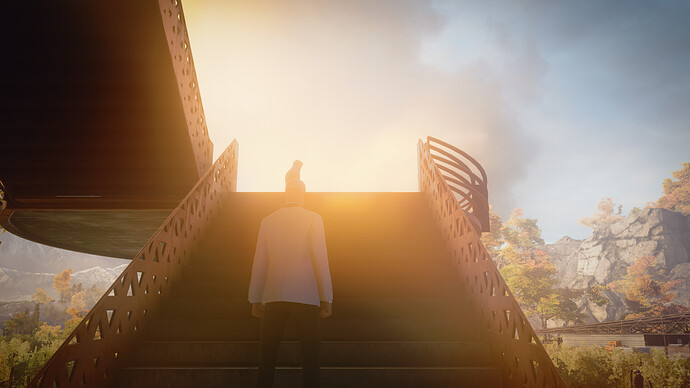 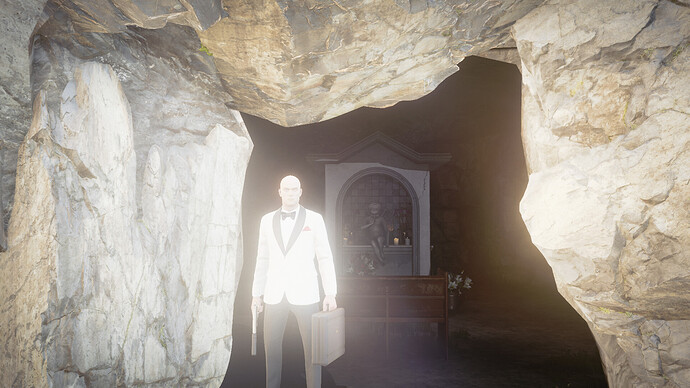 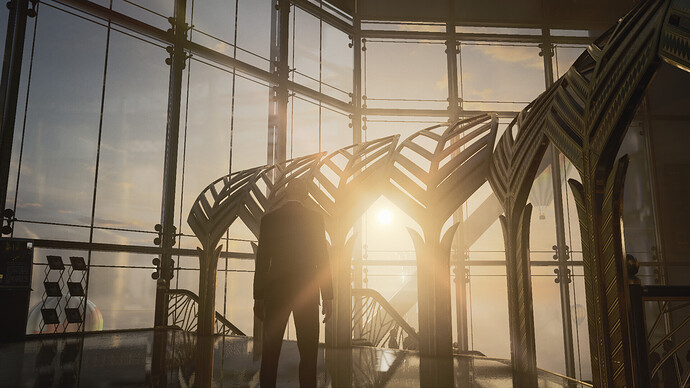 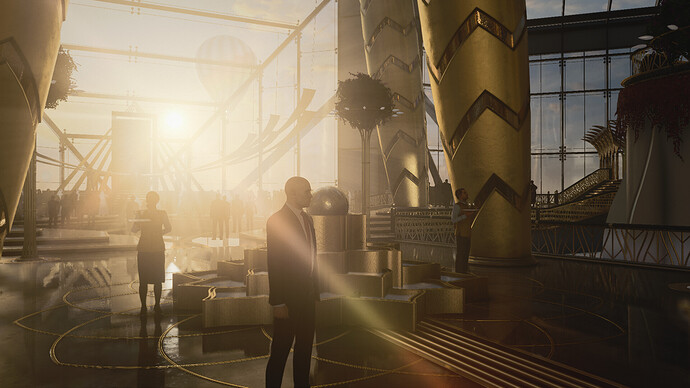 Its probably something silly like the type of TVs they test the game on, they have shit/no local dimming and low contrast in general so the bloom doesn’t look as crazy on their test screens. This often seems to be part of the problem when HDR implements are “bad” I’ve found.

The only Hitman 1 map change that I really dislike is Colorado. The grey overcast winter look really suited that map, and we already have plenty of sunset maps.

I opened a new portal. Join me. 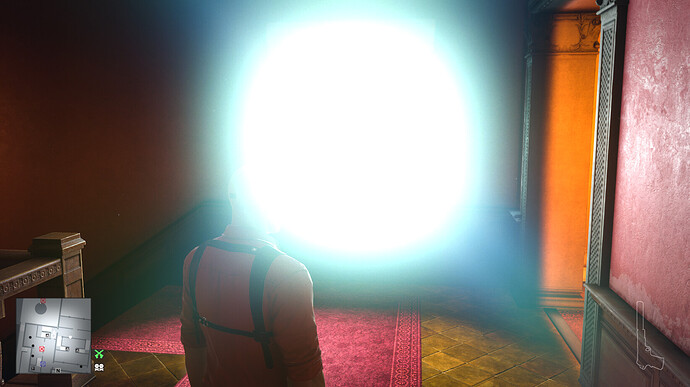 They really need to do something in Sapienza, it’s getting out of control

Not just in Sapienza but in the entire game

I think one issue is that video games more often try to look like films, rather than real life.

I see your Sapienza and raise you the basement of all places in Colorado.

Granted this is kinda hard to come across unintentionally I thiiiiink? You have to position yourself at the right spot on the stairs and position the camera so the lightbulb is somehow between you and 47. 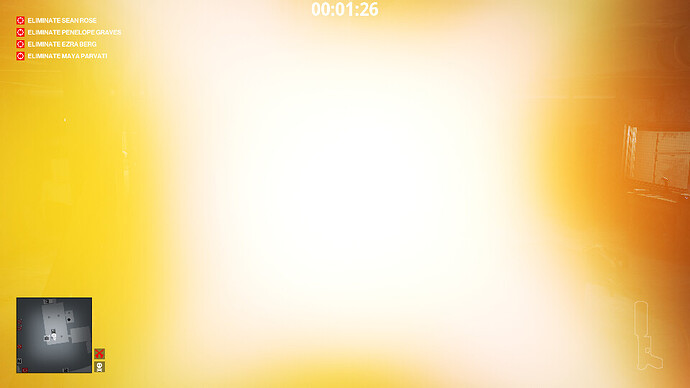 Granted this is kinda hard to come across unintentionally I thiiiiink?

Realistically, people will in fact come across situations like this, but usually it’s in motion, so it only lasts for a fraction of a second.

Regardless, it’s still obvious and obnoxious enough to disorient you or at least be irritating to the eyes, even if it lasts for only that fraction of a second, all the more reason for IO to do something about it.

Have the devs talked about the legacy lighting yet? Hitman 2’s legacy maps had great lighting, Hitman 3… not so much…

It’s the same lighting from Hitman 3.

So I see the problem has escalated itself even further. Sad. Looking at the examples posted above, IO can’t deny this isn’t a problem. I hope they know that.

To be fair the examples above are perfectly timed from a second of gameplay. They designed it so when you go from dark to light you see that kind of flash as your eyes adjust, they don’t see it as a bug at all.

Honestly if you toned down the bloom, fixed the darkness problem and gave it back its old skybox legacy Sapienza would be my favourite version. I love the horizon and how theres a subtle bloom effect to show the sun. I just don’t like when it’s overbearing ESPECIALLY when looking through a window. Paris I think is a bit too red but Marrakesh, Bangkok, Colorado and Hokkaido are perfect.

I prefer the original grey Colorado, which is the one installing 2016 again doesn’t fix because of the GOTY update. Makes me cry in my beer.