I’m attempting to compile a list of changes made to H1 and H2 maps in subsequent entries in the WoA trilogy. I’m specifically looking for added items and NOT new mechanics, such as working mirrors or picture-in-picture notifications. I need your help to complete the list, thanks!

Cool! You might as well add NPC changes within these maps. I recall there’s a few of them:

Also the recent discovery of additional guards in Colorado:

Things About Hitman You Just Found Out Hitman General

i don’t know when it was changed but- [image] in 2016, in colorado, behind the training barn, on the outskirts of the perimeter, there used to be only these two guards guarding the fence, with a patrol loop, but if you go there now, there are three static guards that only stare out of the playable area. i wonder why and when IOI felt the need to make this change, since its such a minor part of the map, but i found it interesting to share nonetheless. i’m not sure if the old guards talked in …

I am sure there’s more, will need someone add more info.

Does the removal of the 2nd camera/guard post in Bangkok count? I seem to recall discussion that there was a 2nd guard post in the little security hut behind the hotel in Hitman 1 but it’s not there anymore in 2 or 3. I don’t know if it was removed within Hitman 1 as part of a patch or just in Hitman 2 and 3 though.

I believe that was removed during Hitman 1, so it’s not there in any of the games currently.

In a similar vein, early on in Hitman 1, some maps had multiple camera “zones” and disabling them in one zone would not disable it elsewhere (for example, in Sapienza if you took out the cameras in the church, they would still be live in the mansion and cafe).

If that’s the case, I would agree that it doesn’t count. I’m not as familiar with Hitman 1 as I am with 2 and 3. I’ve barely ever played the first one (within the Hitman 1 game engine at least). I played all of that in Hitman 2 initially.

From what I recall right now:

Hokkaido - security room with camera recorder in the morgue.

Slightly off topic, but why did they change that? I never knew that was once a thing and it makes me sad/mad/disappointed to find out that it used to be because I’ve wanted that for years. On some maps and missions, it makes much more sense than one terminal controlling the entire area…

I think they said some players found it too confusing about which camera belonged to which zone. This might also have been before we could see camera grids to know where active cameras were though.

If that’s the case, I guess it makes sense. Still disappointing though… However, IOI’s biggest sin regarding the cameras will always be removing the security terminal from the hut behind the hotel in Bangkok and leaving the one inside the veritable fortress on the second floor…

I think it changed even in the 2016 game but in training/freeform training the layout of the dock changed slightly. There used to be a guard hut with two security guards to the right of your starting position.

The prisoner is no longer hooded in Marrakesh. The disguise is treated as just normal elite soldier now.

Not an addition so ignore if this isn’t what you’re looking for.

You are very outdated about this here, it was reversed to the original state for some time now.

Never knew that (so kudos to you), the hut also has a closet for a quick knock out, hide, and disguise of the guard at the door.

Genuinely interesting. Especially since some of the guards were crew disguise enforcers. 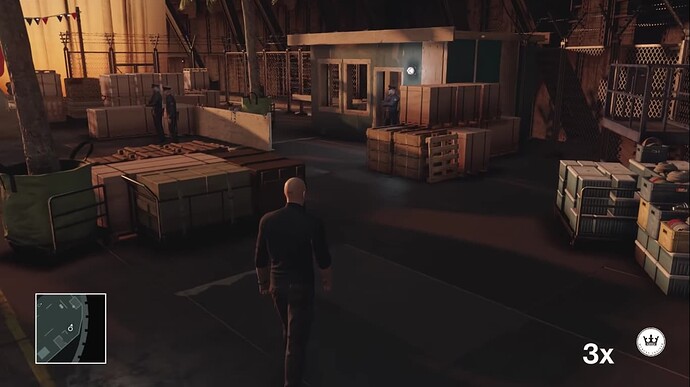 And the default exit, now placed where the guards were, was between the buildings (and with another car model) 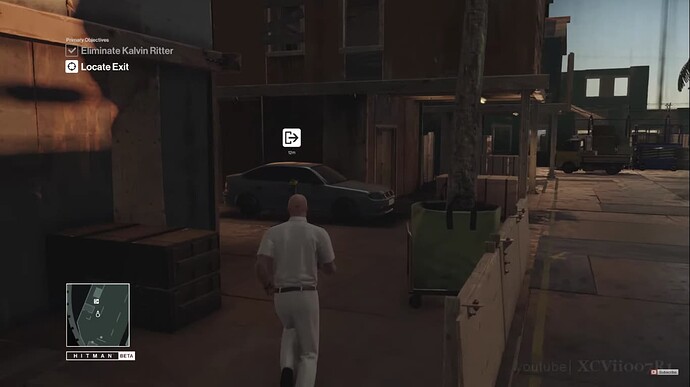 Interesting about this, bodies still get dragged to the place where the hut was. The NPCs did not accept there is no building anymore yet.

The sky/lighting, in Sapienza in particular, changed more times than I can count.

It was an easy way to get the infiltrate the ship as a guard challenge.

Nothing more than an aesthetic change/a funny Easter egg but the ship crew member in the kitchen of the ship that you’re encouraged to k.o has an added bandage on his head from Hitman 2 as a nod to him always being knocked out by players in the first game of the trilogy.

IOI also tweaked the rules for NPCs looking for a place to throw up when poisoned with an emetic going from Hitman 2 to Hitman 3. I’d also consider this a map change, because if you had a strategy using emetics to get a target to a specific spot in Hitman 2, it might no longer work the same in Hitman 3. I actually had this problem with the Featured Contract “Houdini’s Great Escape”, where IOI changed the NPCs’ toilet detection algorithm such that the target Guillaume Garceau went to the ground floor bathroom in Hitman 2 but now goes to the sheikh’s bathroom in Hitman 3.

All valid points, however not what this topic is about. We are looking for map changes, not new mechanics.

Removal of 5 bodyguards resting at the outdoor café area in Sapienza.

I would like to know the exact reason for this.
Even though the 5 contributed a lot to the scenery, I always found it almost impossible to work with them, due to the open position.
At a certain point, I only saw them as an accessory of the café.

I had no idea those dudes were removed. They were always the stock sniper contract targets, especially when only Paris and Sapienza had been released. How sad

Remember when they had the same suits as the Paris bodyguards with the purple tie and everything? Before they updated their outfits to the black suit/black tie. Guess it wasn’t that out of character since the Sanguine store is right there. Hard to believe that was almost six years ago!