Since the launch of Hawke’s Bay, only 1 escalation has been added. The revere is really good. However, most of the other maps have 5+. We need more content for this map.

Also, I don’t not being able to set up the kill of Orson knife shower as a separate target to get credit for a SA/SO opportunity. I can create this contract and others have, however when you play it, outside of the main mission that no longer appears when you look at all the challenges to do. 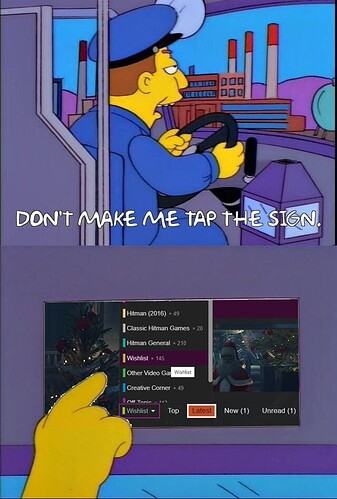 I disagree because it’s solely directed for Hawke’s Bay. The wishlist should be for wishing for new maps, games, etc. When speaking about anything regarding an existing map it should go on that map’s page.

People wish for things in the ‘already existing’ Hitman 3, by your logic anyone who wants a new map, new gun, new suit in Hitman 3 should put it in the Hitman 3 section, not wishlist.

You are wishing for new content on Hawke’s Bay, and like all other wishes it’s not a release or announcement, or discussion of existing content or really ever going to happen. It’s wishlist.

I think you fail to understand that Hawke’s bay isn’t like other maps, it’s more like a tutorial mission like the final test or like Carpathian Mountains; it’s way to small and single note to have more escalations or more done with this.

Also if your trying to campaign for change in this map, you’ve kind of missed the bus for that: there isn’t in any reason for IO to go back to this map and add completely new content, and this mission is literally both 3 years old and from a previous generation of maps. People would much rather prefer IO do things with newer maps and less familiar settings.

The only map change I would actually support is changes to the bonus missions with the addition of new starting locations, which is something IO said they would do in trailers and promotional material for Hitman 2, but ended up not doing and not fulfilling their promise.