So this will be a short thread, but I really appreciated the non-lethal accidents we saw in this series. Banana, removed “wet floor”- signs, and rake -knockouts are cartoony for sure, but they added a new dimension to the way I approached levels, and I had a lot of fun with it.
I also quite liked the knockout pushes.

I’d like to see even more though put into this kind stuff the next time around. One suggestion would be to add more nuance to falling objects. Instead of all falling objects being kills, have smaller / lighter objects be accidental knockouts. I imagine one way of telling the difference could be through Instinct.

Well, there are rare cases where you can push someone off a small drop and they’re knocked out, like off the porch in Colorado for example. Plus, being close to an explosion but not enough for it to be fatal, that works too.

Well, there are rare cases where you can push someone off a small drop and they’re knocked out, like off the porch in Colorado for example.

These are the knockout pushes I was talking about.

I was a bit unclear though (will edit to be clearer). I’m looking for suggestions for new ways to do accidental knockouts.

If we ever got a cold weather map it would be neat if we could create a water leak outdoors that would eventually freeze and make people slip.

Maybe certain windows are propped open with a block of wood which can be shot/pushed and NPCs leaning on the sill are hit by the falling window?

This is a bit contrived but you know how James Bond and Batman have the oil slick ability in their cars? 47 could have a bottle of clear oil he could use to create a slip zone. Baby oil maybe or something. I imagine it works like a wet floor area without the sign. It would be a legal to have item, but using it would be illegal so you’d want to not be seen putting it all over the floor. 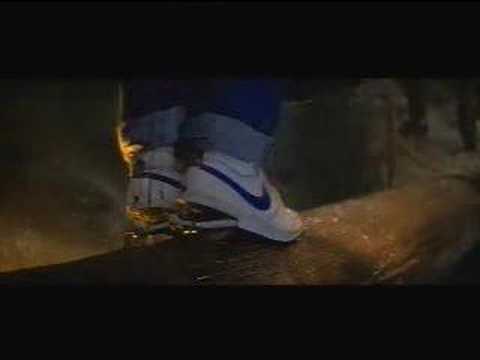 oil canister, it would be an illegal item to hold out and use unless 47 is in some sort of mechanic disguise. similar to @Yacob 's idea but in a much more serious hitman-esque fashion

the clear oil variant that yacob talked about could be a legal variant unlocked through an oil-related escalation or challenge, fully legal in a suit or any other disguise as it would look like a plastic water bottle

Cannabis joint, but implemented in a better way by

does placing grapes work exactly the same as placing bananas? I seem to recall that if the pacified NPC is found, it ruins SA., but I am not 100% sure.

a little off topic, but if you place a wet floor sign in the middle of someone’s path, will it cause that person to side step the sign? could be a good way to move someone into a puddle or position to be pushed off a ledge.